Everyone’s talking about saving the planet with clean, green electric cars, and Jaguar’s I-Pace, Audi’s e-tron, Mercedes’ EQ, BMW’s iX3 and Mini E, and Porsche’s Taycan are leading the charge. Dieter Losskarn experienced the sound of silence in one of the world’s load-shedding hubs.

Hi, my name is Dieter. And I am an addict. It’s been three days and five hours since I last got high on listening to the sound of a glorious V8 internal combustion engine and sniffed those burnt fossil exhaust fumes. Will this kind of addiction soon be eradicated from planet Earth? Will the sound of silence take over? 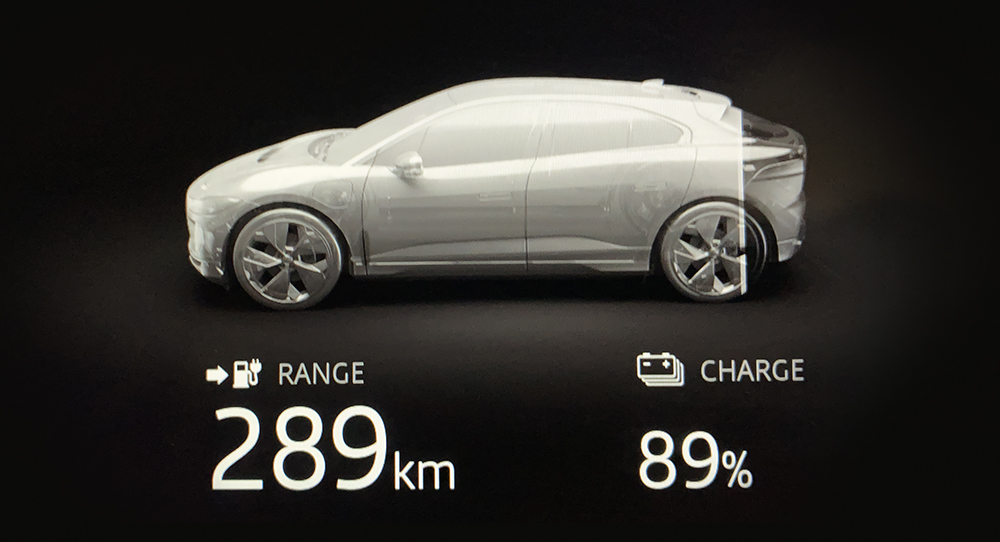 OK, so I’m a self-confessed petrol head. For the majority of us, driving an electric vehicle is limited to steering golf carts around greens, so, people are always asking me what it feels like to drive an electric car.

I was privileged to have my very first electric experience in an exhilarating machine. Not in South Africa, though; on a German autobahn. Six years ago, at the 2015 Frankfurt Motor Show, I was lucky enough to secure a short stint in the most powerful Mercedes-AMG at the time: the SLS Electric Drive. Flying past traffic at 200km/h in total silence was an eerie experience. The SLS Electric Drive featured four water-cooled electric motors, one at each wheel, resulting in a total output of 552kW and 1000Nm of torque. The range was about 250km, the top speed was electronically limited to 250km/h and the 0-100km/h took 3.9 seconds. In 2013, the price of the SLS Electric Drive in Germany was a staggering €416,500; fewer than 100 units were sold worldwide. Today, the SLS Electric Drive is a sought-after collector’s item.

Now it’s 2021 and I am in the fully electric Porsche Taycan Turbo S. Surprisingly, from the start it feels and goes like a Porsche, albeit a quiet one. It doesn’t merely accelerate, it’s instantly fast. Violently, thrillingly, exhilaratingly fast. To the sound symphony of the Starship Enterprise, it pushes driver and passenger into the plush leather seats. It rearranges your inner organs.

It even shifts gears, just once: from first to second at about 100km/h. The forward motion continues relentlessly: 0 to 100km/h in 2.8 seconds; 200km/h in under 10. And it handles like a Porsche. The road holding is amazing as in all other models. With the battery under the floor, the centre of gravity is low and the rear-wheel steering assists in going swiftly around those narrow bends.

The four-door, four-seater Taycan Turbo S costs less than half of what the SLS Electric Drive retailed for in 2013 and is produced in a brand-new, €700-million factory in Zuffenhausen. It features two electric motors – one in front, one in the rear – resulting in all-wheel drive. Thanks to a lot of software, there is plenty of synchronising going on between the two, depending on road surface and performance requirements. It is a refined electric drive and Porsche incorporated a lot of its electric Le Mans experience into the Taycan. With a proper charger, it is claimed to take about 20 minutes to load 300km of range.

But what about the Turbo S badge? Obviously, it no longer stands for fitted turbos, it’s now a Porsche description of a very sporty car. And while the Turbo S is the flagship Taycan, Turbo and 4S do not disappoint. In October 2021, the Taycan Cross Turismo joined the electric line-up and, as the name suggests, it can do rough, dusty roads as well.

Although, my first electric off-road drive was in another brand’s car. It was 2019, in a large and heavy SUV to be exact. First, I thundered across a corrugated dirt road, then I crossed a river. I could see the dust clouds in my rear view mirrors, mushrooming towards the sky, while loose gravel was clinking against the undercarriage of my ride. But apart from that, it was strangely quiet in the car. No engine roar or growl. I was in an all-electric performance SUV and once again fascinated by this propulsion technology and the performance. Jaguar’s I-Pace weighs in at about 2.2 tons, but at traffic lights I effortlessly left sports cars behind. Jaguar claims a range of 480km, but if you do challenge a couple of sports cars at traffic lights, it’ll come down to a more realistic 400km.

The big, flat 90kWh block battery is built entirely into the underbody, creating a very low centre of gravity that makes driving this crossover lots of fun. On a normal household plug, fully charging the battery from empty would take about 40 hours, but with Jaguar’s wall-box you can do this overnight. Another fact: there is lots of space as the cabin has moved closer to the front, where there used to be an engine.

Having just launched the all-new electric Mini E, BMW is also presenting a new electrified SUV, the iX Xdrive 50, with a realistic range of 550km. Really big and powerful (385kW), it features two engines, derived from i3, Mini E and BMW Active E: one mounted in front (190kW) and one above the rear axle (230kW). This is already the fifth generation of BMW electric drive. The car would go much faster but is electronically limited to 200km/h.

And what are the other Germans up to? The one from Ingolstadt with the four rings – which brought us the magnificent Quattro four-wheel-drive system – recently announced that from 2026 it would launch only electric cars and it seems serious. Its South African e-tron line-up for the first quarter of 2022 looks very impressive, with not one or two but six fully electric new vehicles across three different model ranges: the e-tron 50 and 55 SUVs, the e-tron Sportback 55 and Sportback S crossover utility vehicles and, as expected, two high-performance rides in the e-tron GT and RS e-tron GT.

Family member Porsche is luckily not quite that forceful. Its popular sporty SUV Macan will soon be electrified, as will the fantastic 718 sports cars in Cayman and Boxster guise; from 2025, they will lose their internal combustion engines and become “the most modern Porsches”. Both will be based on the Mission R concept car that featured at the Munich Motor Show in September 2021. And Porsche intends to build its own batteries in future. But fans of the iconic 911 can breathe a sigh of relief. The legend will stay old-school; not even a hybrid is planned yet.

Another legend from Stuttgart that has been around for more than four decades will, however, officially go the electrification route. Arnold Schwarzenegger’s Mercedes G was fitted with an aftermarket electric power plant years ago, but nowadays the new EQG is fitted with it standard and, though it looks rather futuristic, it’s unmistakably the square-edged G.

So range anxiety on road trips and ever-present load-shedding threats aside, your choice of car in future will be a fundamental one between two completely different drive concepts. And petrol heads like me will need therapy.

Will the automobile future really be electric? And will electric vehicles save the planet? I have my doubts.

After my first encounter with a fully electric vehicle on a German autobahn in 2015, I remember it as being exhilarating: 200km/h to the sound of silence. This Mercedes SLS electric may have been an extreme example but nonetheless, electric vehicles, especially the big ones, are currently more of a plaything for the wealthy. They are driven less frequently and give their owners green prestige. Of the households that own an electric car, 90% have a conventional car as well. The electric vehicle is usually the second car for shorter trips.

And the ‘fact’ that electric vehicles are taking over individual mobility is not quite true. Norway, urban China and California are the territories with the most electric cars right now and currently, fewer than 0.3% of all cars are fully electric.

At the time of writing, Eskom was considering stage 4 load shedding, which means no power for 7½ hours per day and the throb of numerous generators in my area. So if you have to rely on an electric car in South Africa, you have to choose your charging periods wisely.

In a perfect world the power to build the batteries for electric vehicles would be generated by renewable sources, like wind or solar energy. And while the car itself does indeed emit no carbon dioxide, the batteries are produced mainly in China, which has the most electric cars and the dirtiest coal-burning power stations.

Some governments are setting deadlines for when the electric car will take over. In Norway, owing to enormous subsidies and incentives, 42% of all cars sold in 2019 were electric, making it the country with the highest density of electric vehicles. The Norwegian government wants to prohibit petrol and diesel cars in 2025. Yet, in other European countries, there is almost no demand for electric cars.

If all cars in Germany were to be electric from now on, the country of Vorsprung would need three times more power stations – and that is simply not sustainable.

There is more than one solution for the future but the strong focus on electric fantasies takes attention away from other petrol and diesel alternatives, such as hydrogen cars. Don’t get me wrong: electric vehicles are technological marvels, fun to drive and definitely a part of personal mobility in the future. Just not the future of transportation.

The Cape Town E-Prix in February 2022 is expected to be the first Formula E world championship race hosted in sub-Saharan Africa and the first major open-wheel race since 1993. For the first time, South Africans will be able to witness Formula E’s thrilling line-up live and watch as drivers silently race their electric-powered vehicles at speeds of
up to 280km/h along Cape Town streets below Table Mountain.

With attractions on and off the city track, there will be plenty for fans and families to see and do. And thanks to the noise-less action, even toddlers and babies are going to be happy. The E-Village will be situated in the DHL stadium in Green Point, where spectators can meet the race heroes, get driver autographs, see presentations and listen to interviews. Or visit the food court.

In addition to the E-Prix, Cape Town is expected to host an ‘E-Fest’ of events and activities showcasing what ‘E’ is all about and celebrating sustainability and e-mobility.

Above and beyond with Louis Vuitton