Porsche entered a new era in the history of the brand with the introduction of the Taycan, a Porsche for the age of electromobility. This new four-door sports saloon offers typical Porsche performance and connectivity with everyday usability, as well as a fascinating sports car that excites in terms of its technology and driving dynamics. 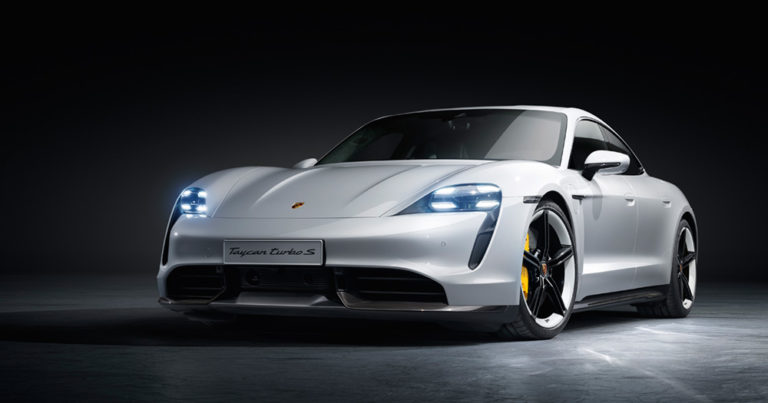 The current model range in the new series comprises the Taycan 4S, Taycan Turbo and Taycan Turbo S. The Taycan range is at the cutting edge of Porsche E-Performance and represents some of the most powerful production models that the manufacturer currently has in its product spectrum. 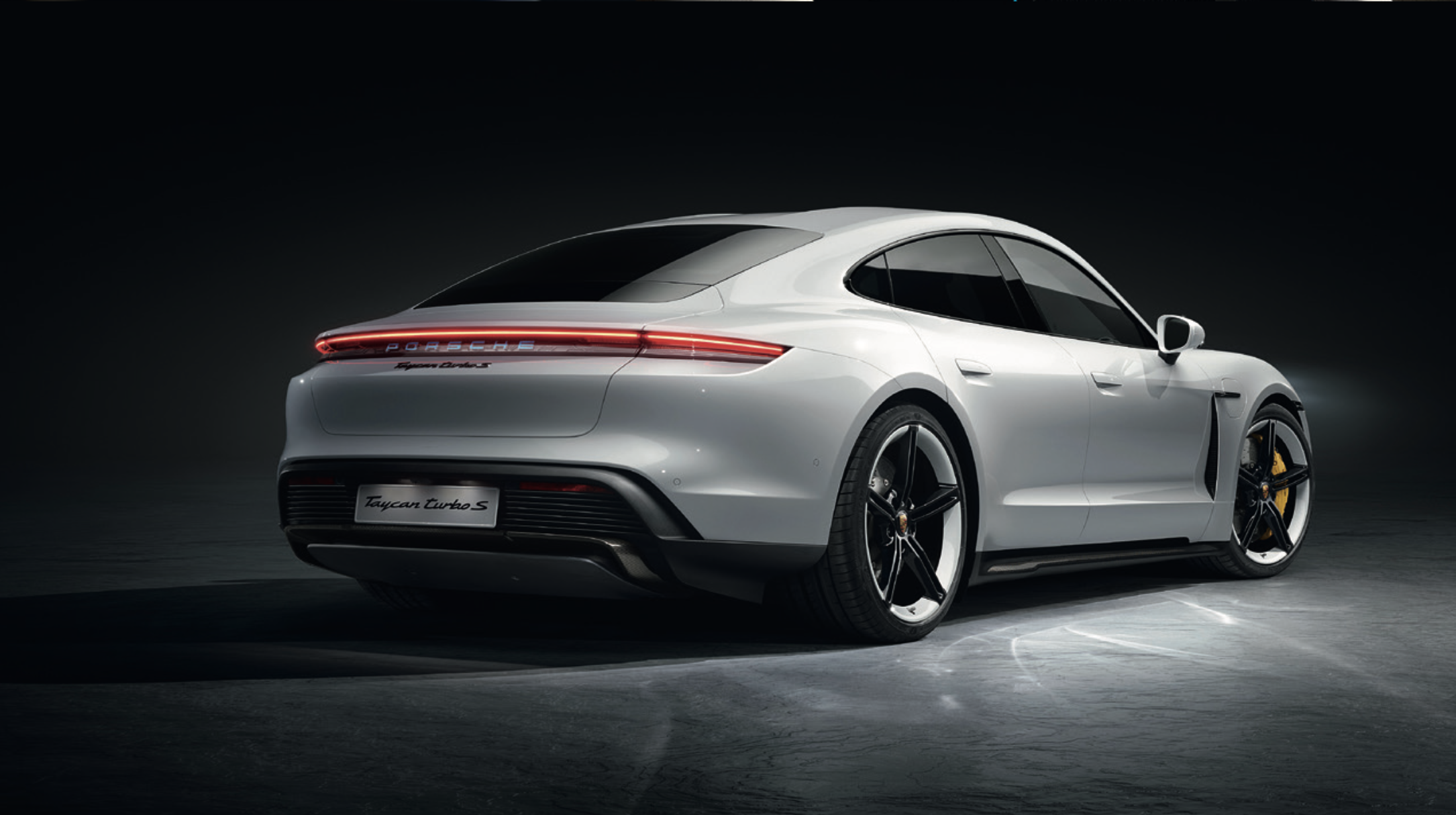 Once again Porsche is leading from the front, this time with its Taycan range of electric sports cars.

2.8 seconds. The Turbo S has a range of 412km and the Turbo a range of 450km. Taycan drivers can comfortably charge their cars with up to 22kW of alternating current (AC) at home. 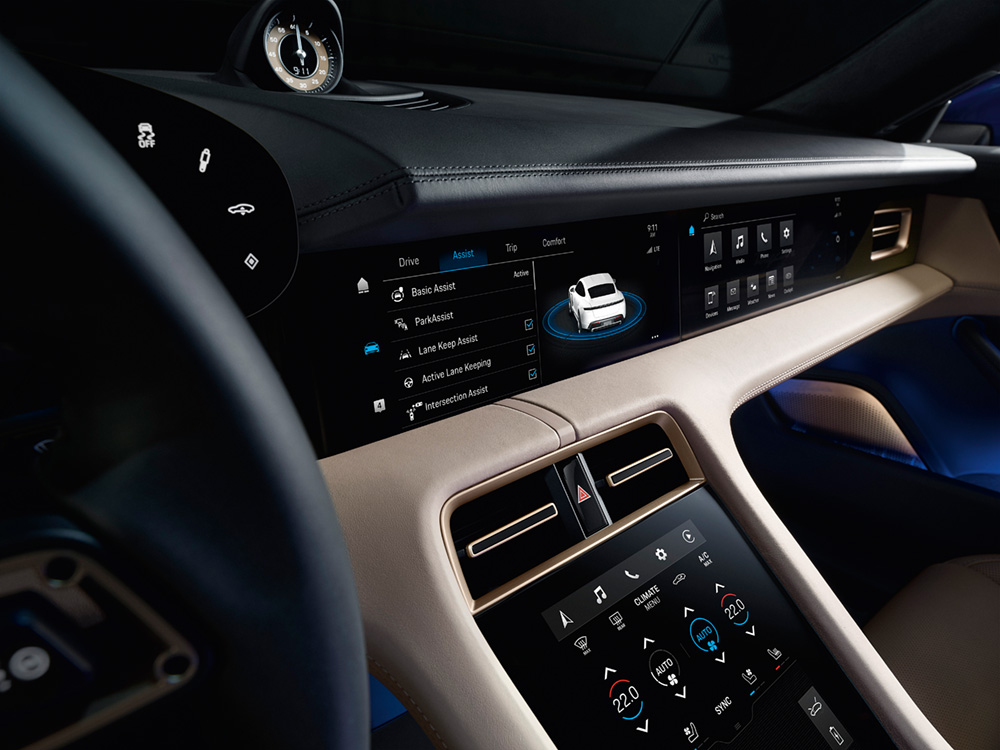 The Taycan design is clean and puristic while retaining the unmistakable Porsche DNA. From the front it looks particularly wide and flat, with highly contoured wings. The silhouette is shaped by the sporty roofline sloping downward to the rear. The sleek cabin, the drawn-in rear C-pillar and the pronounced shoulders of the wings result in the sharply emphasised rear that is typical of the brand. There are also innovative elements such as the glass-effect Porsche logo, which has been integrated into the light bar at the rear. With a Cd value from 0.22, the aerodynamically optimised basic shape makes a significant contribution to low energy consumption, resulting in longer range. 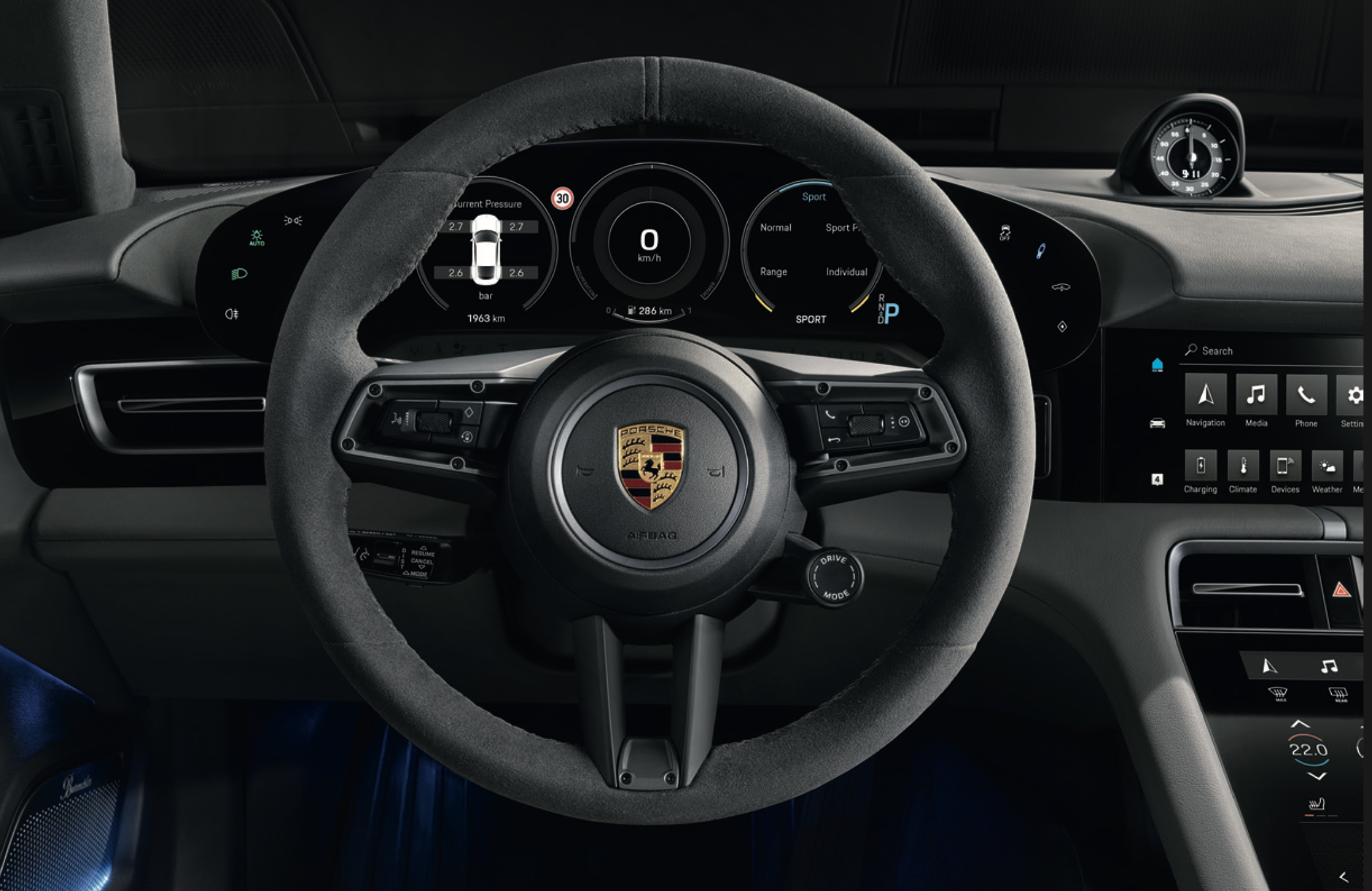 The cockpit features a free-standing, curved instrument cluster forming the highest point on the dashboard, placing a clear focus on the driver axis. A central 10.9 inch infotainment display and an optional passenger display combine to form an integrated glass band in a black-panel look. All user interfaces have been designed specifically for the Taycan. The number of classic hardware controls such as switches and buttons has been greatly reduced. Instead, control is intelligent and intuitive, using touch operation or the voice-control function, which responds to the command ‘Hey Porsche’.

As an option, Porsche offers an entirely leather-free interior made from innovative recycled materials to underscore the sustainable concept of the electric sports car.