As delicate as a Sauvignon Blanc or as hearty as a Pinotage, South Africa’s local cheeses are the perfect complement to the country’s wines. Cheese-making here has become a fine art, says Agri-Expo.

No one can relate the history of cheese in South Africa better than Agri-Expo, the organiser of both the annual South African Cheese Festival and the South African Dairy Awards, which have been described as “like the Oscars, just with a little more culture”.

The first competition for local cheeses dates back to 1834 and ever since, the name Agri-Expo has been synonymous with cheese excellence. Today, the largest, oldest and most prestigious dairy competition in Africa, the South African Dairy Championships, annually attracts about 60 manufacturers, from international companies to artisanal cheese-makers, who enter up to 900 dairy products.

Johan Ehlers, the chief executive officer of Agri-Expo, says the purpose of the championships is to recognise and promote excellence. “The championships have become the national benchmark by which manufacturers measure themselves against each other,” he says. “These brands compete for the esteemed title of South African Champion, the Qualité mark of excellence and the ultimate Product of the Year, which are awarded at the glamorous SA Dairy Awards hosted at Cavalli Estate.”

Put these cheeses in your cart

Recent accolades for local cheese-makers include:

•  In 2021, Lactalis South Africa’s Woolworths 10-month Mature Gouda was crowned South African Dairy Product of the Year for an unrivalled third time (after winning in 2017 and 2018). In 2020, the same company won with its Président Extra Mature Cheddar. In 2019, this accolade went to Belnori Boutique Cheesery’s goat’s and cow-milk cheese, St Francis of Ashisi.

According to Johan, the creation of the SA Cheese Festival brand in 2002 and the doors that this initiative has opened for South African cheese-makers is another remarkable achievement for Agri-Expo. “It is with a humbling feeling of gratitude we realise we have created a platform for small farmers, producers and entrepreneurs that will forever change their lives.”

In April, cheese and wine lovers can look forward to a brand-new experience: a month-long journey of cheese and more. The award-winning SA Cheese Festival returns after two years and brings with it a series of four SA Cheese Festival pop-up picnics over four weekends at four exquisite destinations, from the Winelands to Walker Bay to the West Coast and back to the Winelands.

Come and experience how this popular festival unfolds into an expedition of discovery with a winning recipe of quality and the support of long-time partner Standard Bank. A hand-picked collection of exhibitors will present international, local and artisanal cheeses, a selection of top wines and craft beers and gins, and a spread of exceptional artisanal foods and local products. There will be entertainment too, provided by top artists such as Watershed, Ard Matthews, Francois Van Coke, Die Heuwels Fantasties and Kurt Darren, and interactive tasting experiences with well-known chefs.

Agri-Expo and Ladismith Cheese have been collaborating since the very beginning of the SA Cheese Festival. This year, Ladismith Cheese, together with its sister company, Sea Harvest, has announced an exciting new dairy industry partnership facilitated by Agri-Expo. Tiaan Proe, a tailor-made cooking series of 13 episodes filmed by Homebrew Films, kicks off on 5 April and runs until 26 June 2022 on kykNET (channel 144 on DStv). The presenter is Tiaan Langenegger of Kokkedoor fame, also known for Makietie, Tiaan Onthou and Tiaan Kook. Don’t miss the weekly Tiaan Proe show on Tuesdays at 21:00. And yes, chef Tiaan, Ladismith Cheese and Sea Harvest will also bring this new experience to the SA Cheese Festival pop-up picnics. 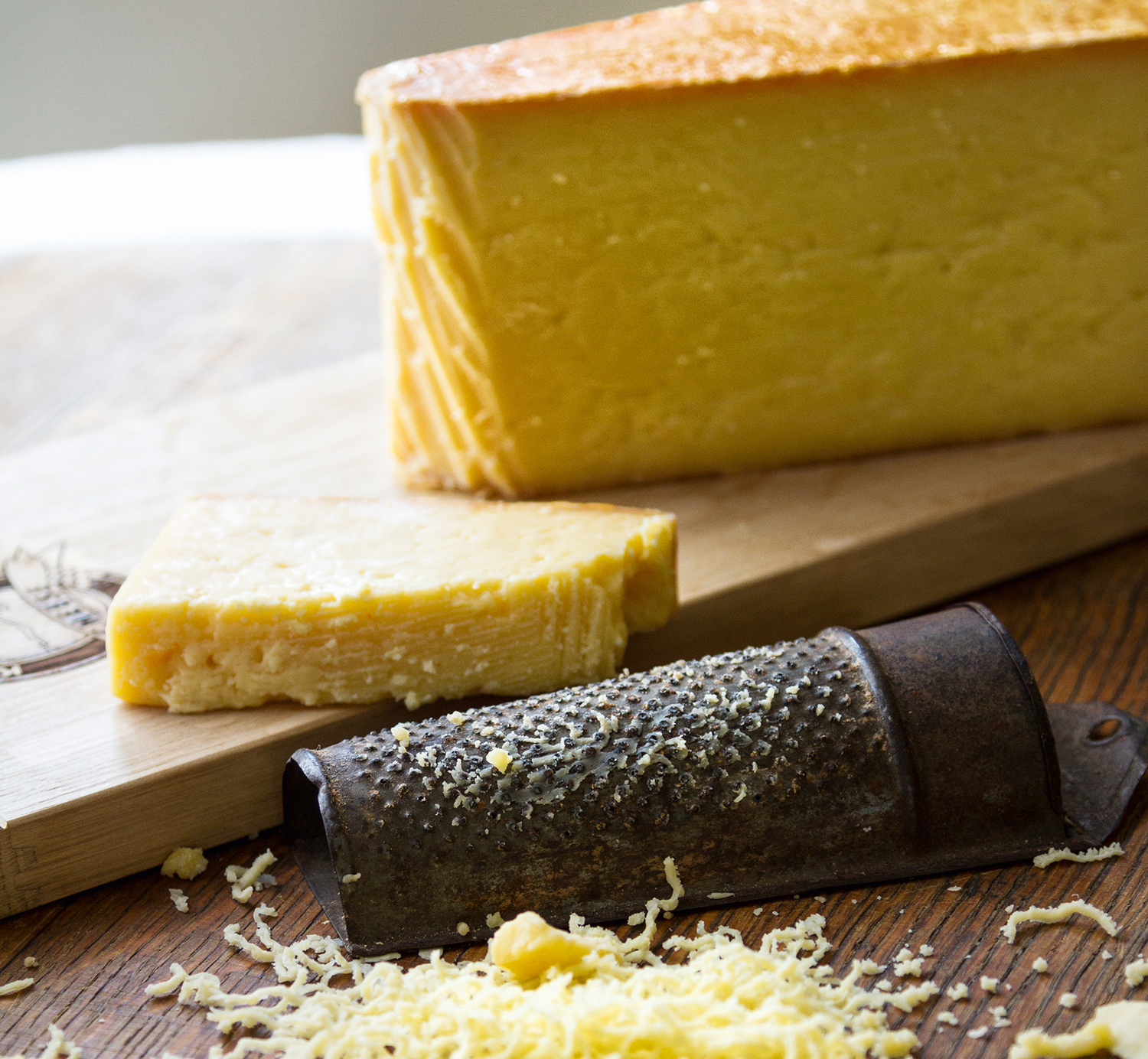 At the 2021 World Cheese Awards, Klein River Cheese scooped a gold medal for its Gruberg Mature, plus three silver medals. Klein River’s cheese is made using age-old methods on its farm at Stanford. All heads of cheese are turned weekly and cut by hand. With only pasture-fed cow’s milk, non-animal rennet and no colourants, all its cheeses are 100% vegetarian friendly. 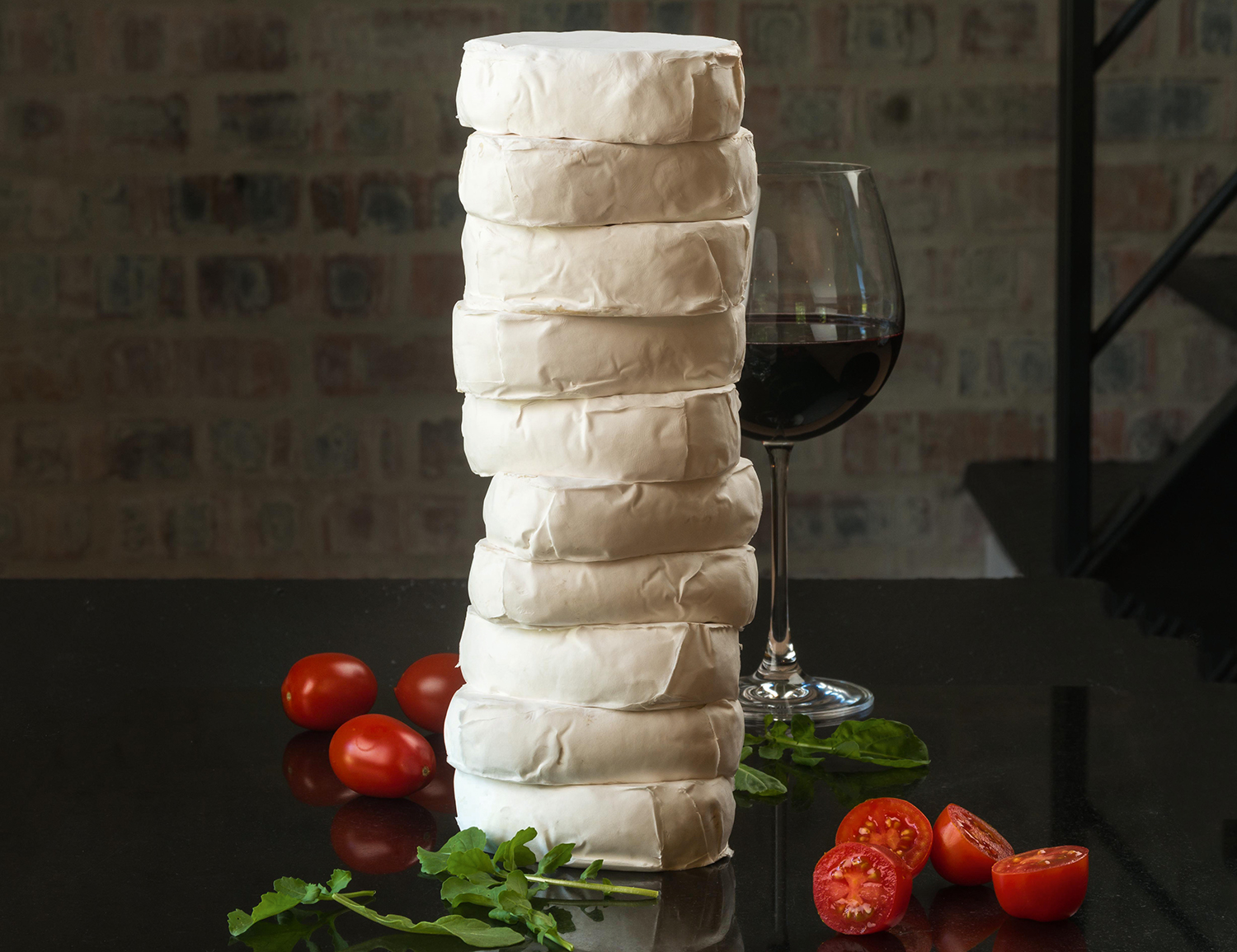 This small artisanal farm cheesery on the Simondium Road focuses on regenerative farming and producing artisanal cheese from its own single pasture-fed Jersey herd. Rob and Petrina Visser launched their flagship cheese, Wineland Camembert™ in 2000, inspired by the magic and romance of the vineyards, so a celebration of its coming of age is in order. 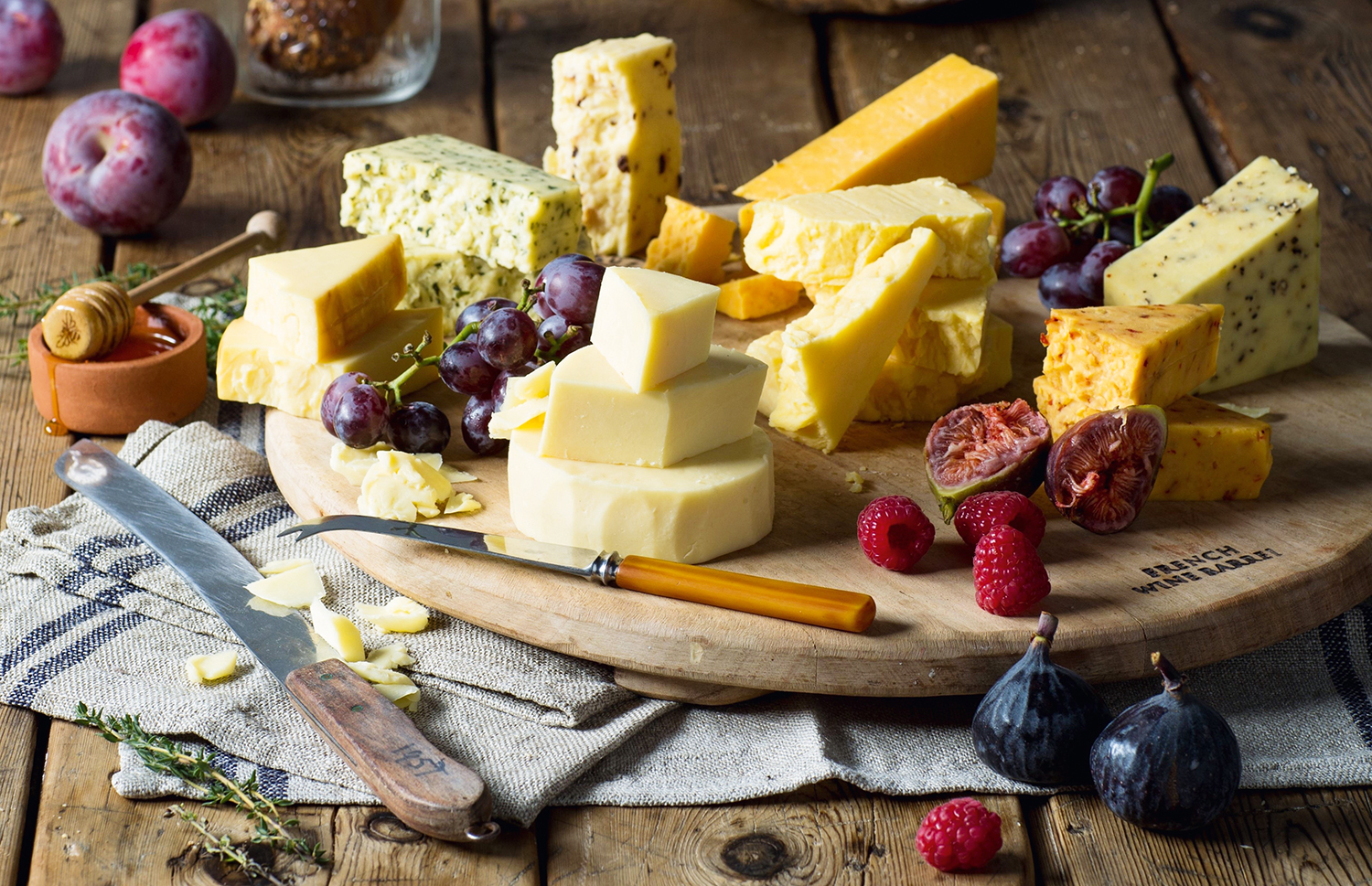 In 2002, the Kasselman family began crafting traditional hard cheeses on their farm near Stilbaai. Here, in the heart of fynbos country, four generations have been farming with Jersey cows, which are known for their creamy milk. Today Kasselshoop employs 14 people from the local community and produces Cheddar, Gouda and an exciting range of flavoured cheeses. 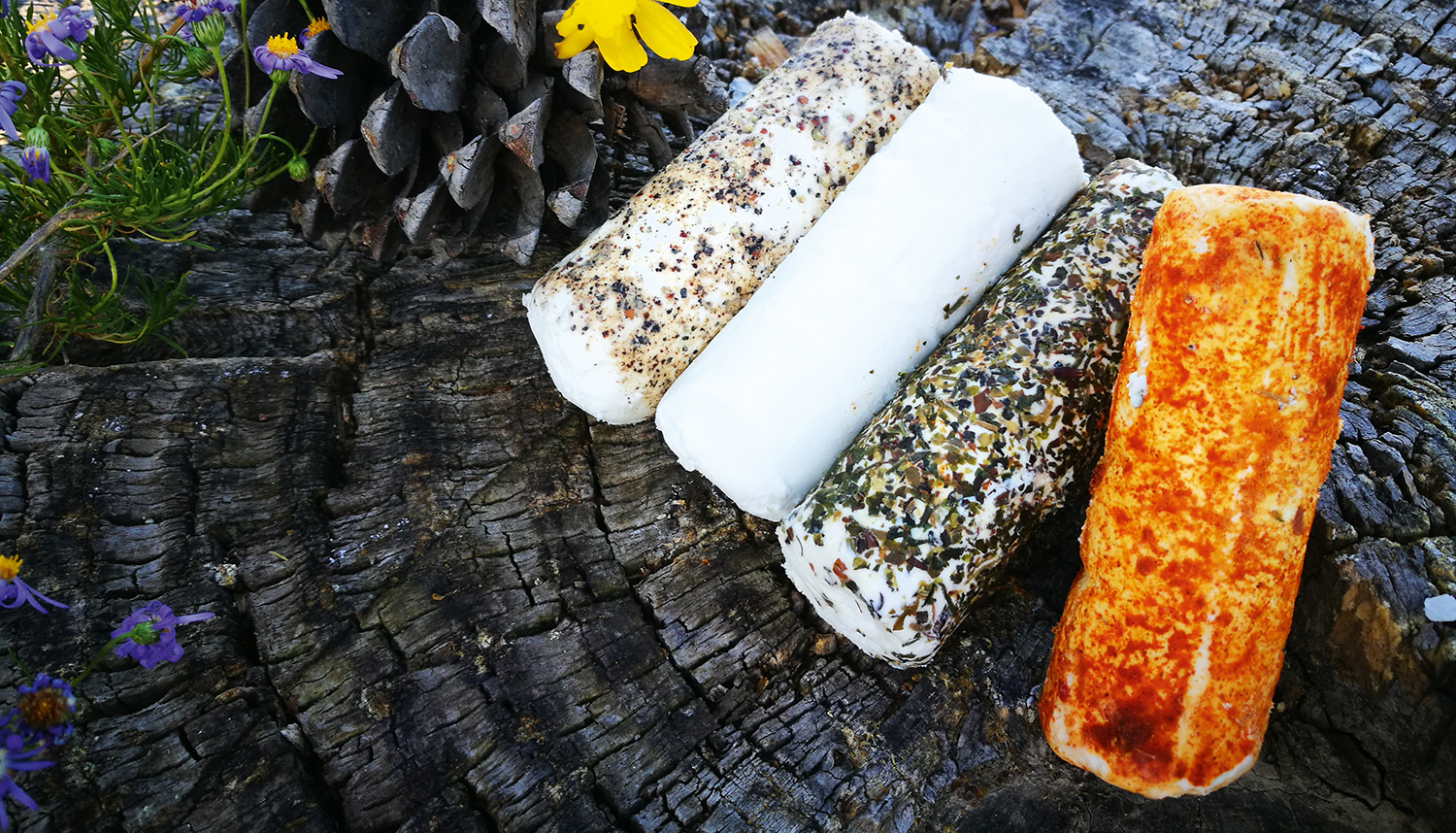 Twenty years ago, Marianne and Jan Hemmes started making goat’s cheese in Wellington with a mere 25 goats. Today Foxenburg boasts an award-winning range of 24 cheeses, from Chèvre rolls to hard cheeses. Their yoghurts have captured the taste buds of a whole new generation of goat’s cheese lovers. A brand-new addition is a goat’s cheese spread made from six different hard cheeses. 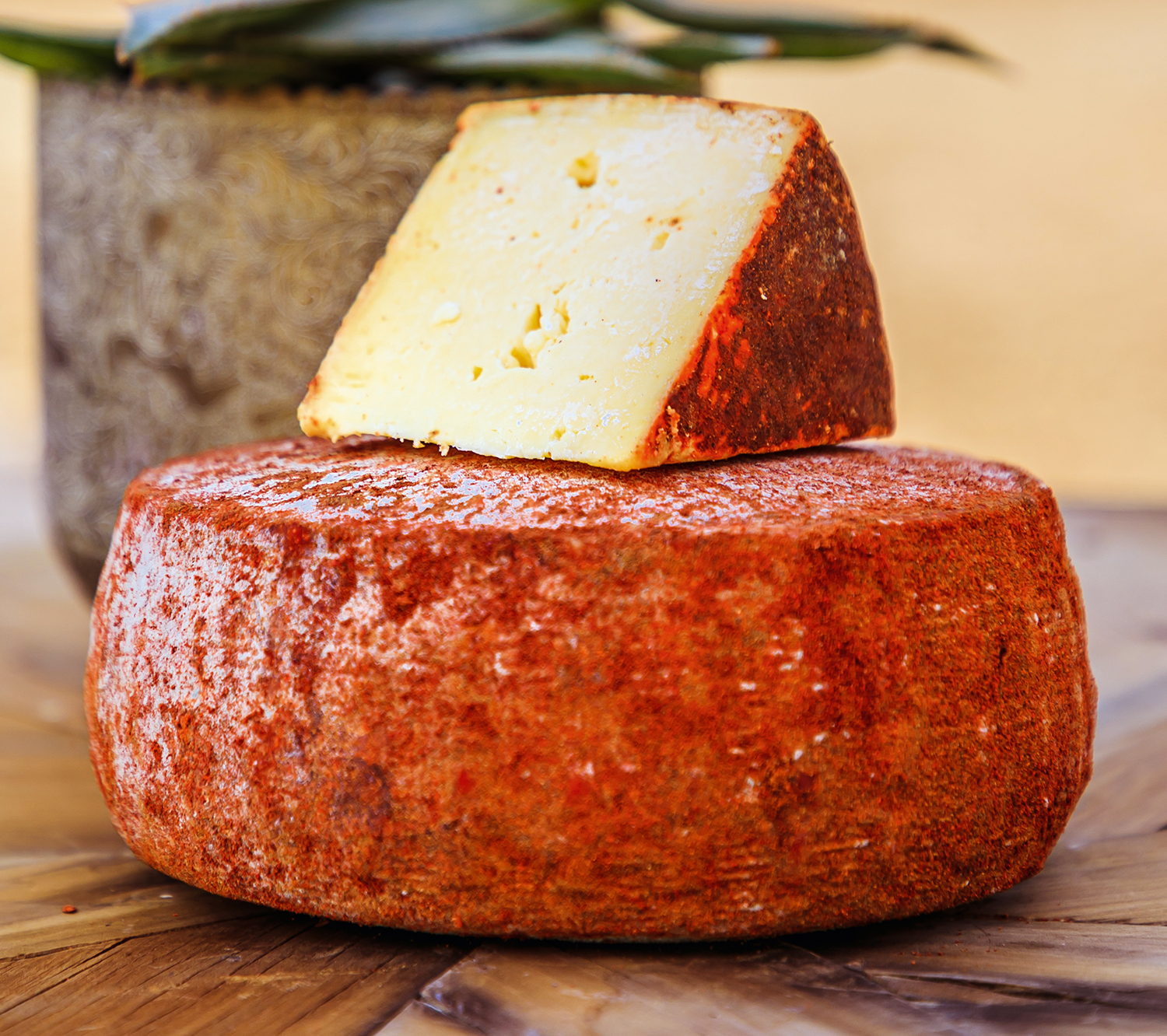 In 2010, Peter and Francy Schoeman moved to Williston in the Karoo with a small herd of Jersey cows and a dream to make raw milk cheese. An old wagon room became a cheesery and Langbaken Karoo Cheese was born. Here, traditional farmhouse methods result in award-winning cheeses. Look out for the new Stout Willis, a semi-hard cheese washed in Langbaken’s own craft stout beer. 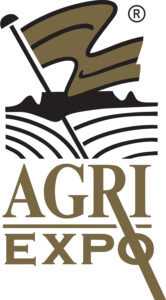 2–3 April 2022
The SA Cheese Festival pop-up picnics kick off on Saturday, 2 and Sunday, 3 April 2022 at Warwick Wine Estate in Stellenbosch.

9–10 April 2022
Next stop is the Benguela Cove Lagoon Wine Estate in Hermanus on the weekend of 9 and 10 April.

30 April–1 May 2022
To end off April and start the new month of May, a rediscovery awaits at Sandringham in Stellenbosch.

Limited tickets at R350 per person per day are available at Webtickets.

Enjoy the #SACheeseFest this weekend from home

Best places to stay in Stellenbosch