Africa’s first and only wine museum was recently inaugurated by renowned folklore storyteller Babylonstoren. A modern museum, the space details the origins, cultivation and culture behind mankind’s love affair with wine, while encouraging a contemporary narrative of its age-old traditions and social gravitas.

The Story of Wine, as it’s aptly called, is a celebration of man’s ingenuity, the earth’s generosity, and the cultural events that have shaped our collective winemaking and drinking heritage.

Like any good wine, The Story of Wine doesn’t reveal all its subtle nuances at once. Upon entry, visitors journey through one of the most vital elements in viticulture – terroir. A giant sculptured structure of twisted vines and vine roots doubles as the entryway into an interactive, two-storey space. This oerwortel concept (meaning primaeval root), was one of the most challenging to create, says The Story of Wine designer Etienne Hanekom.

“The inspiration behind this elaborate structure was to create a sense of the origin of wine, within its deepest roots and genesis. We hoped that visitors would feel like one of the organisms within the soil, weaving its way through the terroir. Working with architect Jürgen Kieslich helped put the conceptual ideas into a tangible and relatable artwork,” says Etienne. 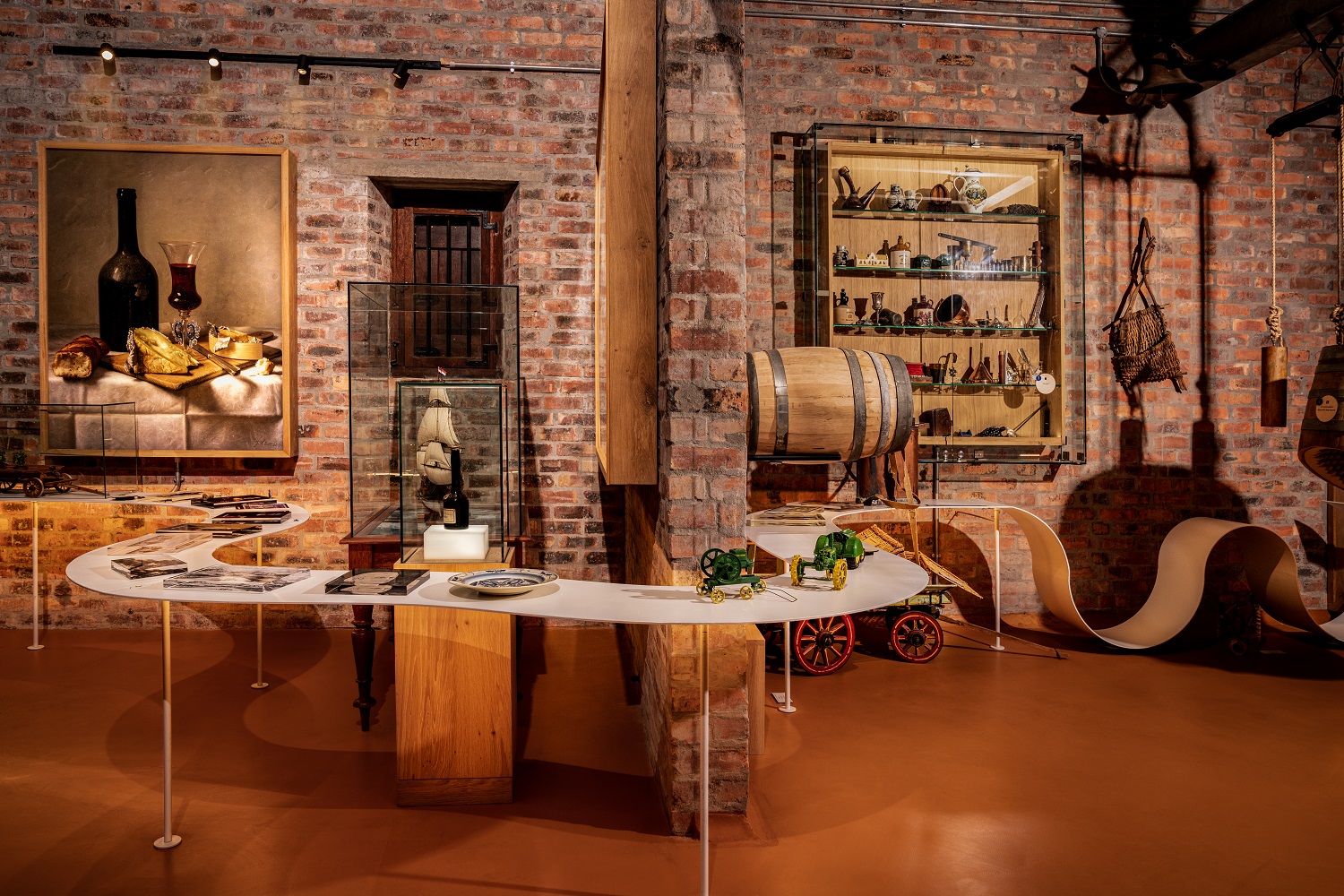 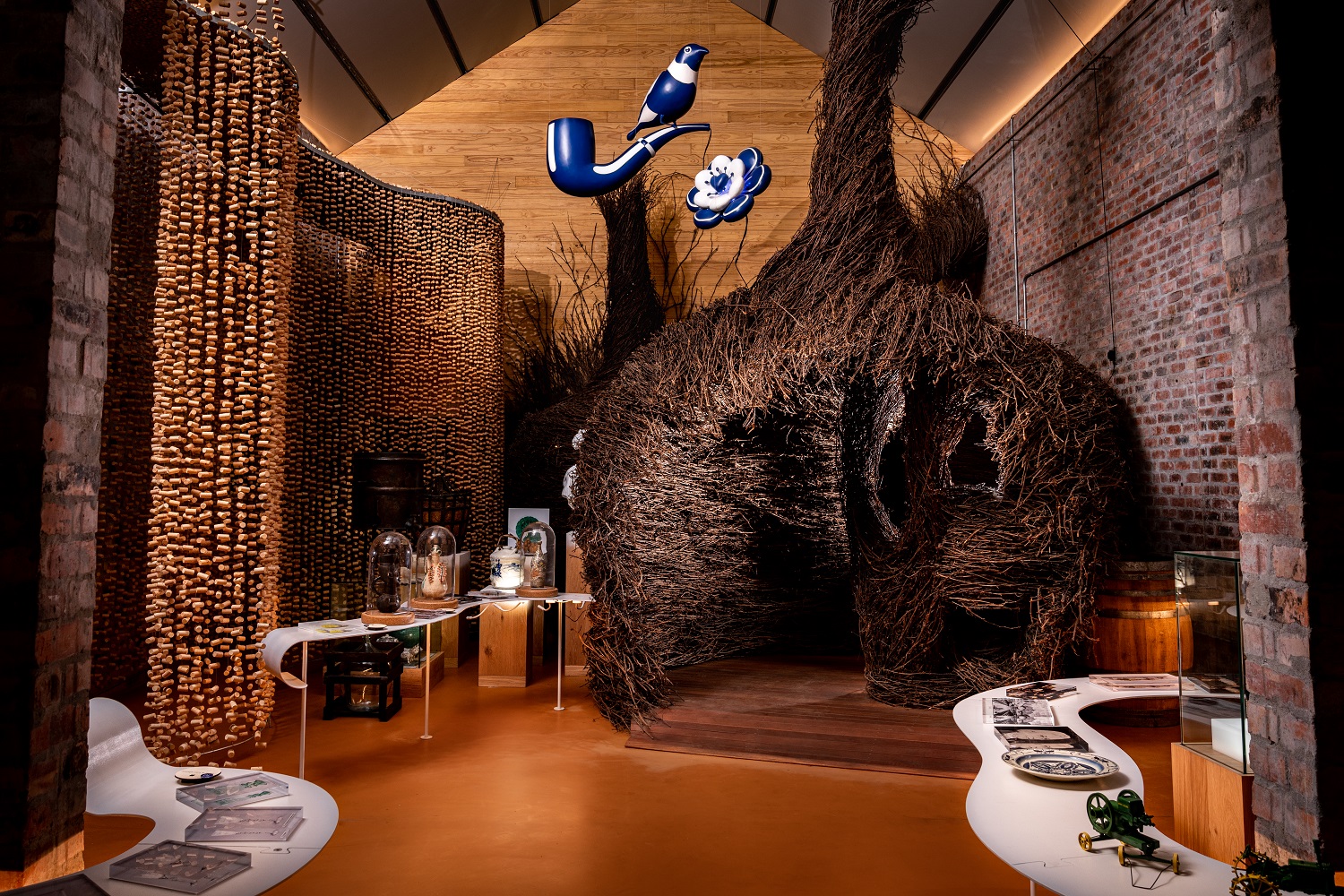 Once inside, the old and new are combined in an artistic and authentic way, creating a relevant documentary to tread through. From an antique collection of corkscrews that will excite many a helixophile, to a breakdown of the different soils that give wines of the world their distinct characteristics, the space is both playful and informative.

“There’s something for all audiences,” says Babylonstoren museologist Elsa Vogts. “There is something to delight novices who just want to stroll through, as well as oenophiles eager to learn something new about wine. The audio guide can be used intuitively to learn more about the various installations and exhibits throughout the museum.” 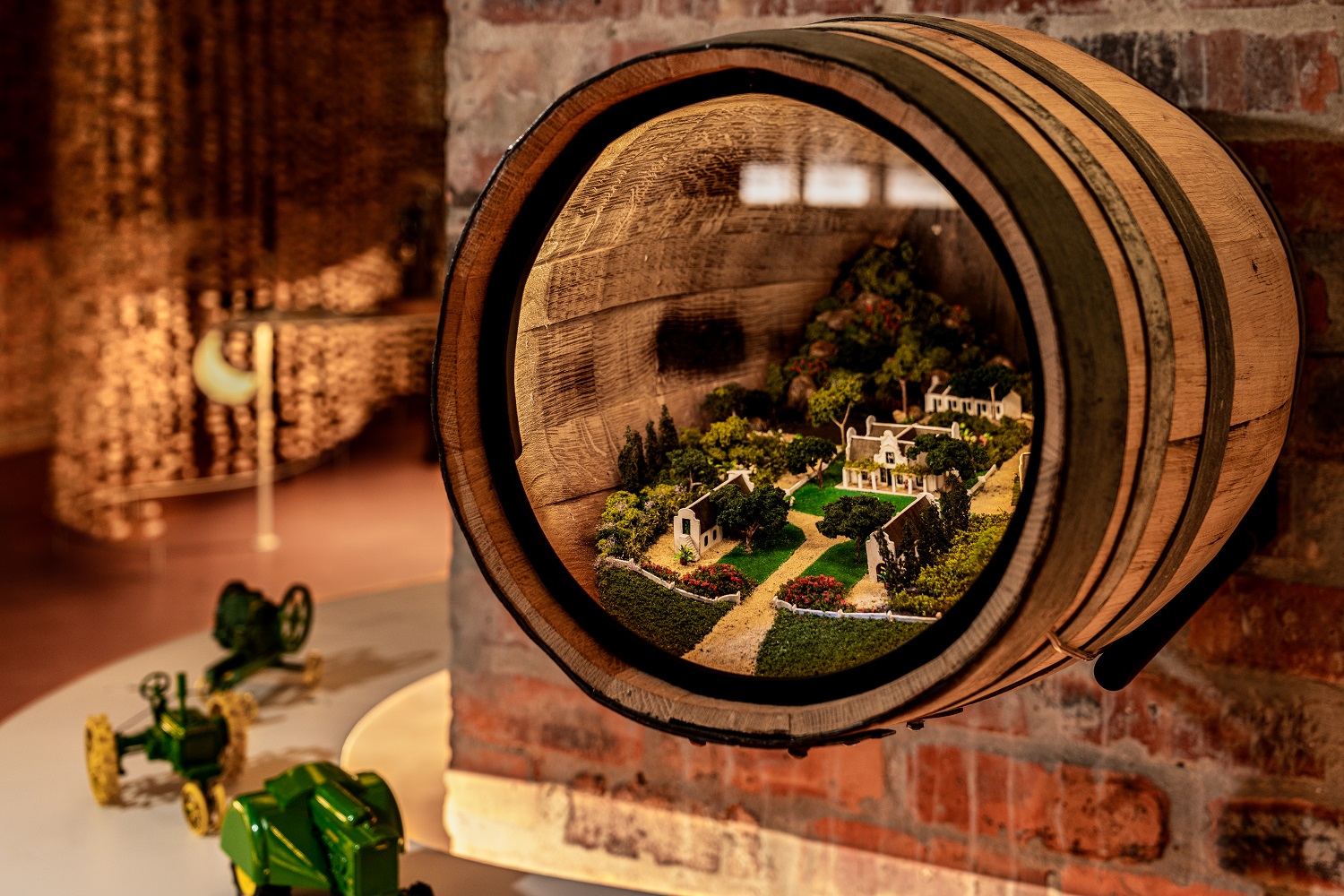 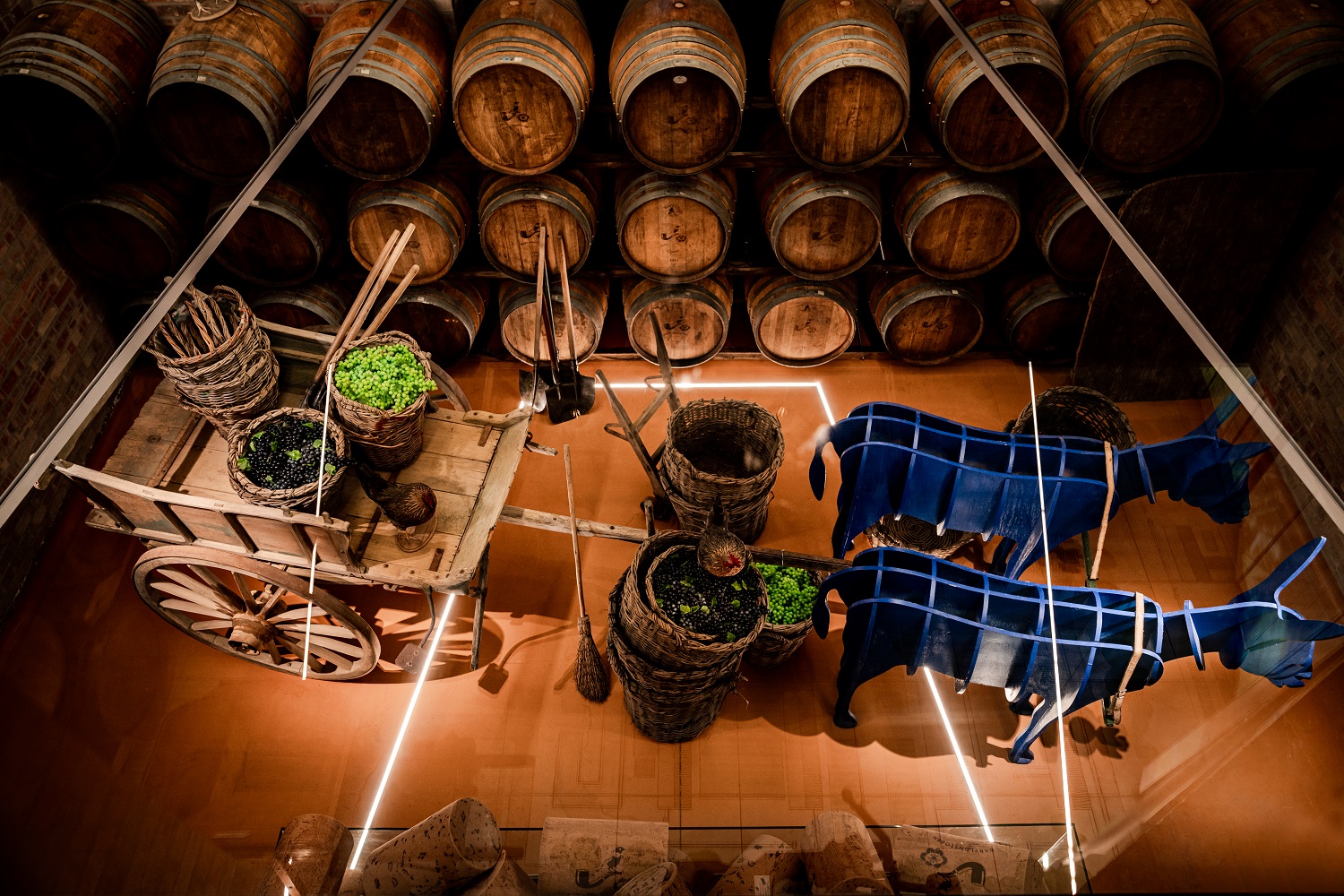 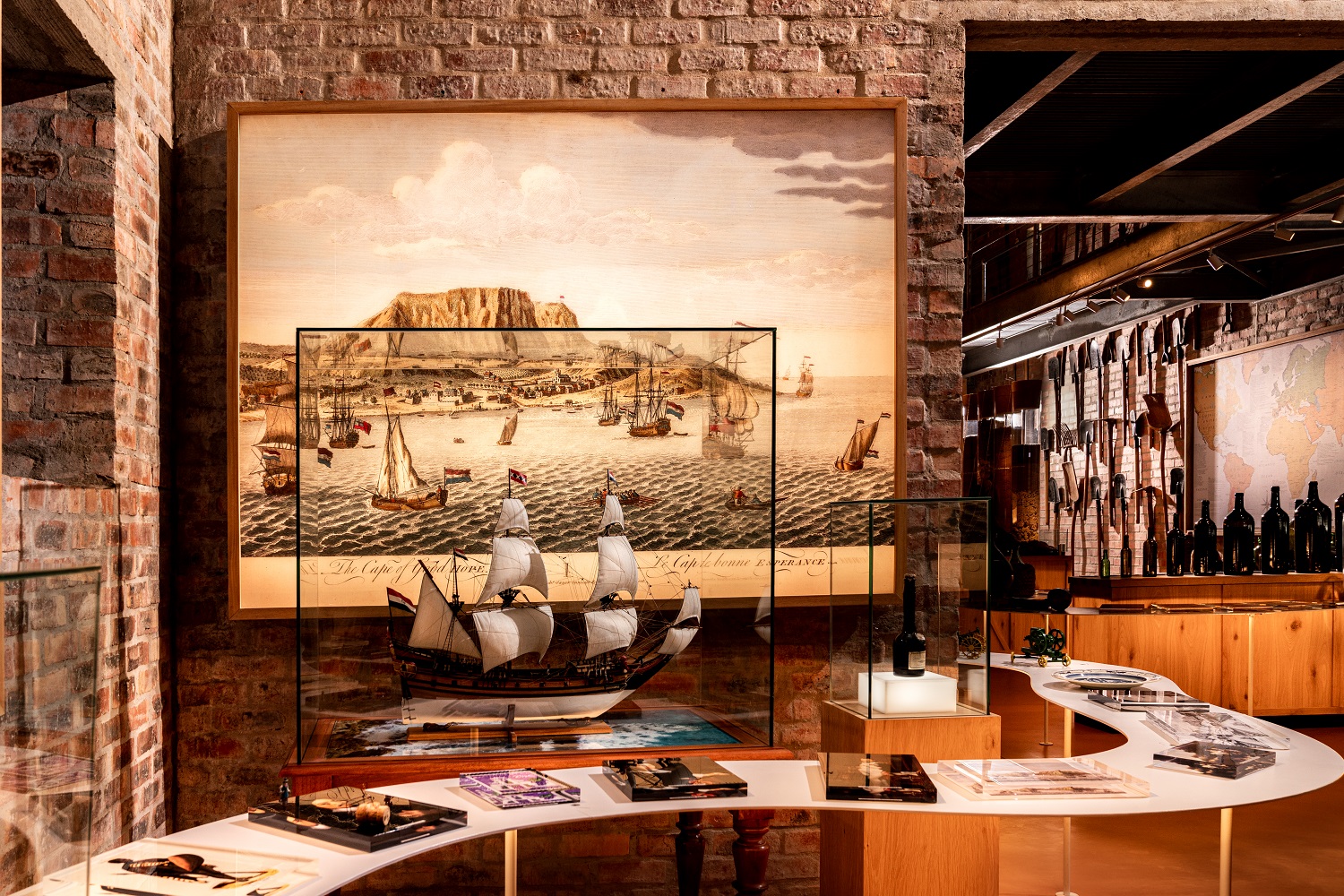 In line with the international allure of wine, the museum also caters for global citizens. Poems about wine can be experienced by visitors in seven languages. Simply pull a halved wine barrel over your head and immerse yourself in the lyrical words inspired by wine.

Authentic touches, such as a bottle of Constantia dessert wine made in 1821, can also be seen on display in the museum. In fact, the only dust you’ll find in this museum will be on such bottles of well-aged wine. Legend has it that this particular wine was a favourite of Napoleon Bonaparte. While exiled on the island of St Helena, Napoleon had a standing order of 30 bottles delivered from the Cape every month – averaging about a bottle a day.

Modern technology in the form of immersive virtual reality headsets and multi-sensory experiences (trying to guess the flavour profile of your favourite wine through tactile objects), succeed in educating any audience without lecture or instruction. “Our ‘cinematic vat’, a screening room made in the shape and design of a wine barrel, is sure to be another hit,” adds Etienne. “It features a music video made from wine glass music and the resonance of water and glass.”