As we ease past the winter solstice and out of lockdown and with energy levels returning, we are bound to yearn for a well-earned change of scenery. Although international restrictions  still apply for recreational travel, the vast and various landscapes of South Africa beckons to be rediscovered. As in life, attaching a purpose to a trip gives meaning to the journey. We offer these books – some of them golden oldies – to rekindle your sense of discovery and affection for this place we call home. 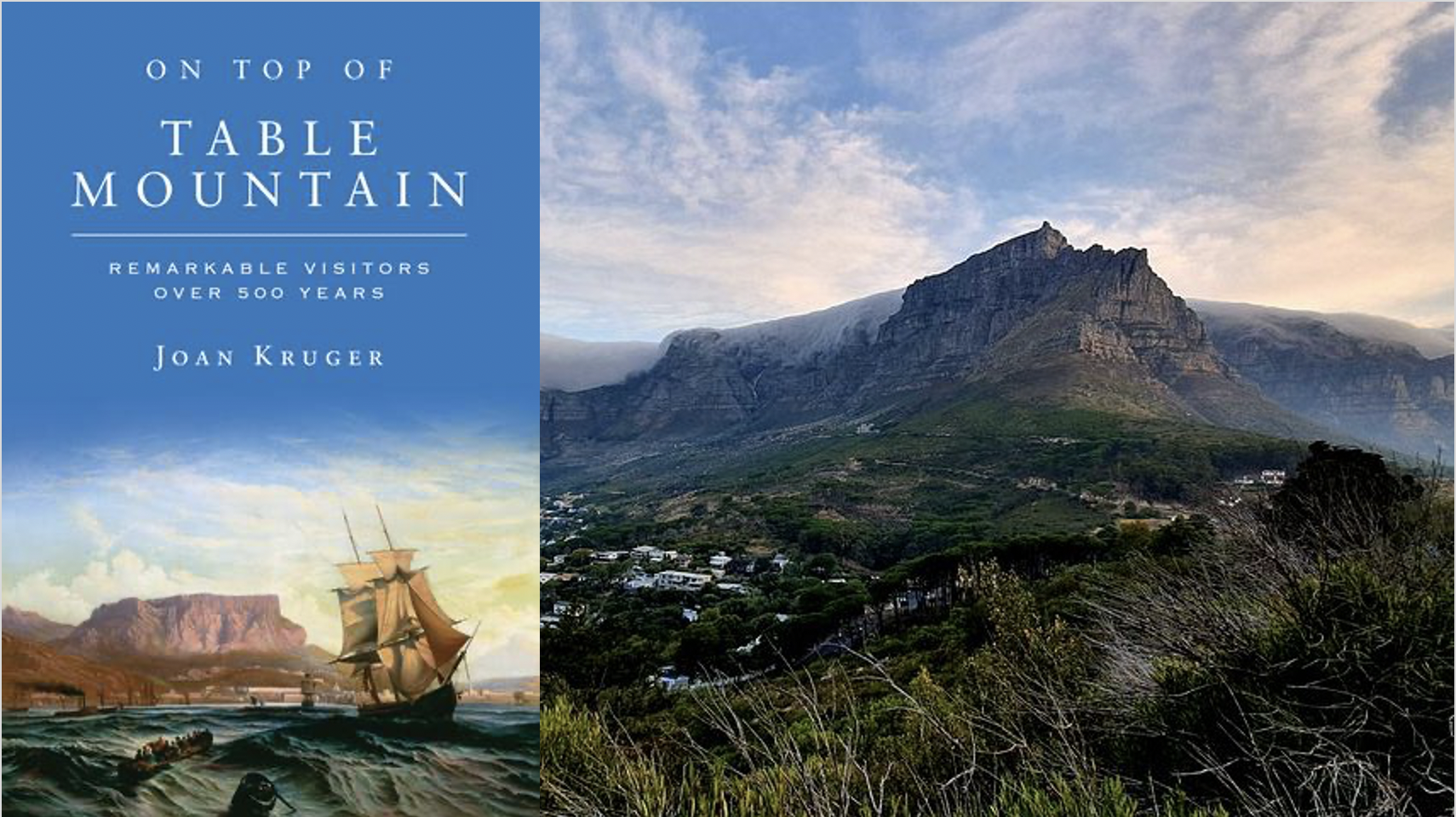 We start on a high. Table Mountain has been standing its ground at the southern tip of Africa. Known to the indigenous people as Hoerikwaggo, the Mountain in the Sea, it was there to guide early seafarers and to be conquered by the intrepid. In one dizzying account after the other, over centuries, those who reached the top of the mountain recounted their personal feats, but more tellingly, revealed the story of an expanding world, as seen from a singular vantage point between East and West, 1 085 metres up in the sky. Twenty-seven of the most unusual visitors’ reports by extraordinary people have been gathered for this biography of a world-renowned iconic landmark.

Where to stay: The Mount Nelson is steeped in tradition, think high tea, sundowners – all surrounded by a lush garden in the heart Cape Town. 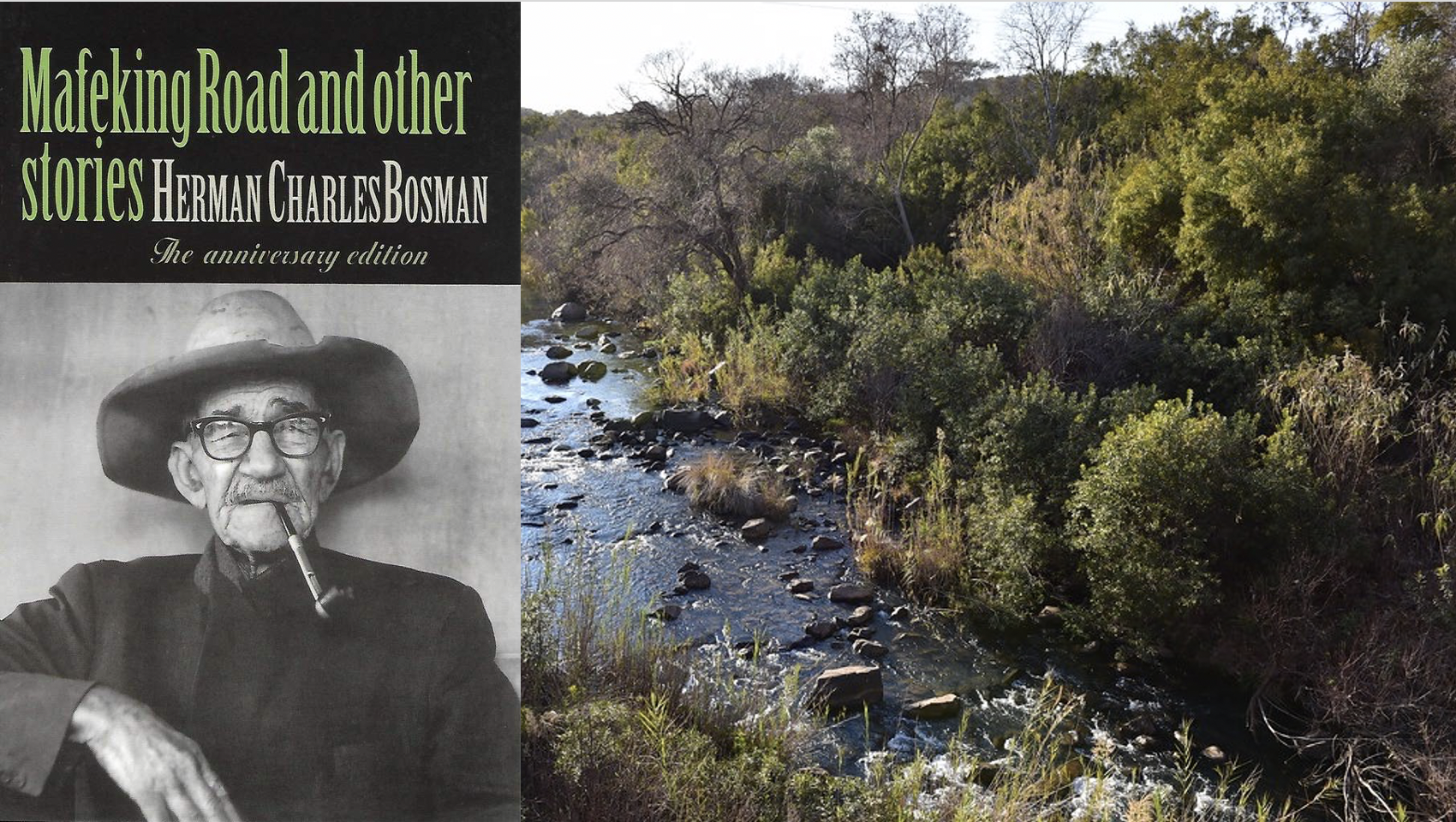 Publishers Weekly describes Herman Charles Bosman’s 21 stories of hard luck on the unforgiving highveld as comparable to ‘Robert Frost poems or Bob Dylan songs’. Bosman tells seemingly simple stories of the Groot Marico hamlet that reveal an unromanticized glimpse into life in the late 19th century. Spun by the plainclothes local visionary and storyteller Oom Shalk Lourens, these moving and satirical glimpses of lethargic herdsmen, ambitious concertina players, legendary leopards and mambas, and love-struck dreamers lay bare immense emotions, contradictions, and mysteries within the smallest movements and unadorned talk of the district. Leading oral tradition by the hand into a territory all his own, Bosman maps a world at once lucid and layered, distant yet powerfully familiar.

Where to stray: Riverstill Guest Farm is nestled in a deep valley, scoured by the Groot Marico river, just outside of Groot Marico. 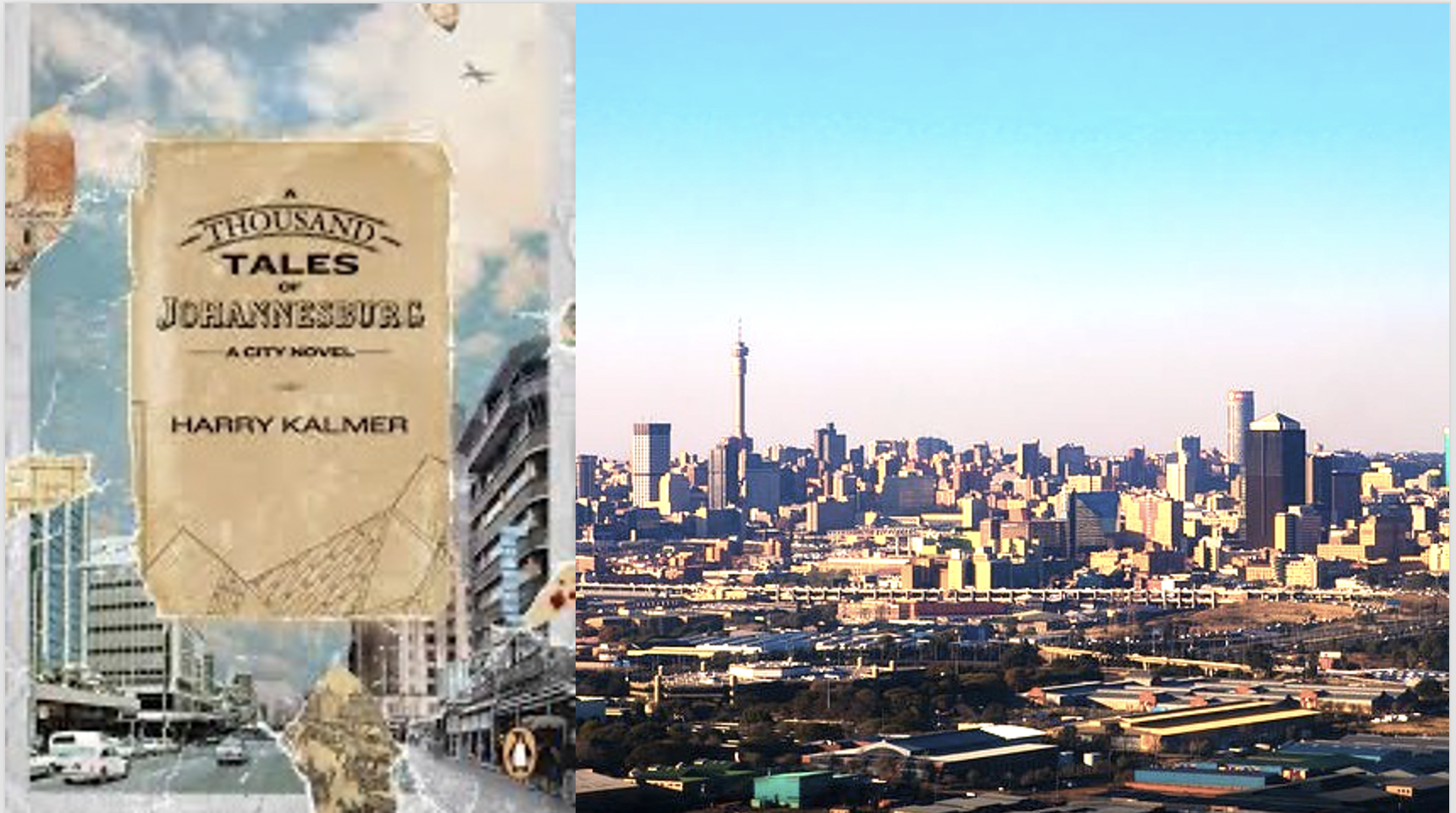 Joburg is a force of nature that cannot be ignored. Harry Kalmer’s spellbinding ode to the sprawling city and its people spans more than a hundred years. The novel, also available in Afrikaans ,documents and probes the lives of the inhabitants of this incomparable African city – the exiled, those returning from exile, and those who never left; Sara, who poses stiffly for a photo with her four children at Turffontein concentration camp in 1901, and of Abraham, who paints the street names on Johannesburg’s kerbs. It is the tale of their grandson Zweig, a young architect who has to leave Johannesburg when he falls in love with the wrong person, and of Marceline, a Congolese mother who flees to the city only to be caught up in a wave of xenophobic violence.

Where to stray: Yes it’s fancy, but The Westcliff reigns supreme with its heavenly location on a terraced hillside. 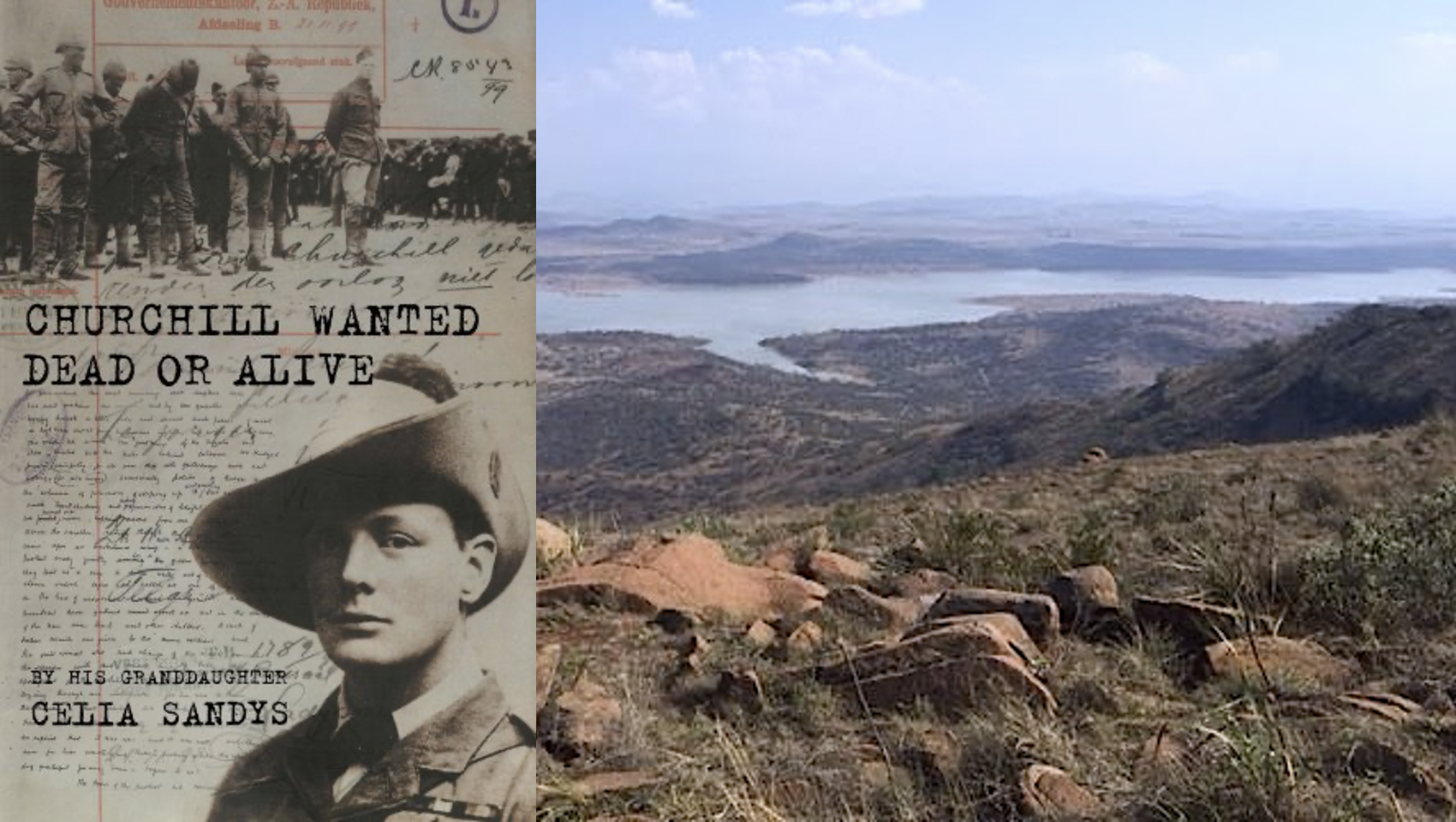 Winston Churchill is a divisive figure, but boy, he had an interesting life. Written by his granddaughter, it tells the warts and all story of 25 year old Churchill’s involvement in the Anglo Boer War. Over the brief course of 9 months, he packed in more adventure on our shoresthan most of us aspire to in a lifetime. His brashness, conceit and lack of combat experience made him a headache for military commanders.The book ends with Churchill returning to England and winning a Conservative seat in parliament two months short of his 26th birthday. Thanks to the brisk narrative, as well as intimate knowledge of the man Churchill later became, readers will not hold young Winston’s ambition against him.

Where to stay: Three Tree Hill Lodge, set against the backdrop of the Drakensberg Mountain range and overlooking the infamous Battle of Spioen Kop –
the setting that involved three prominent 20th century’s leaders 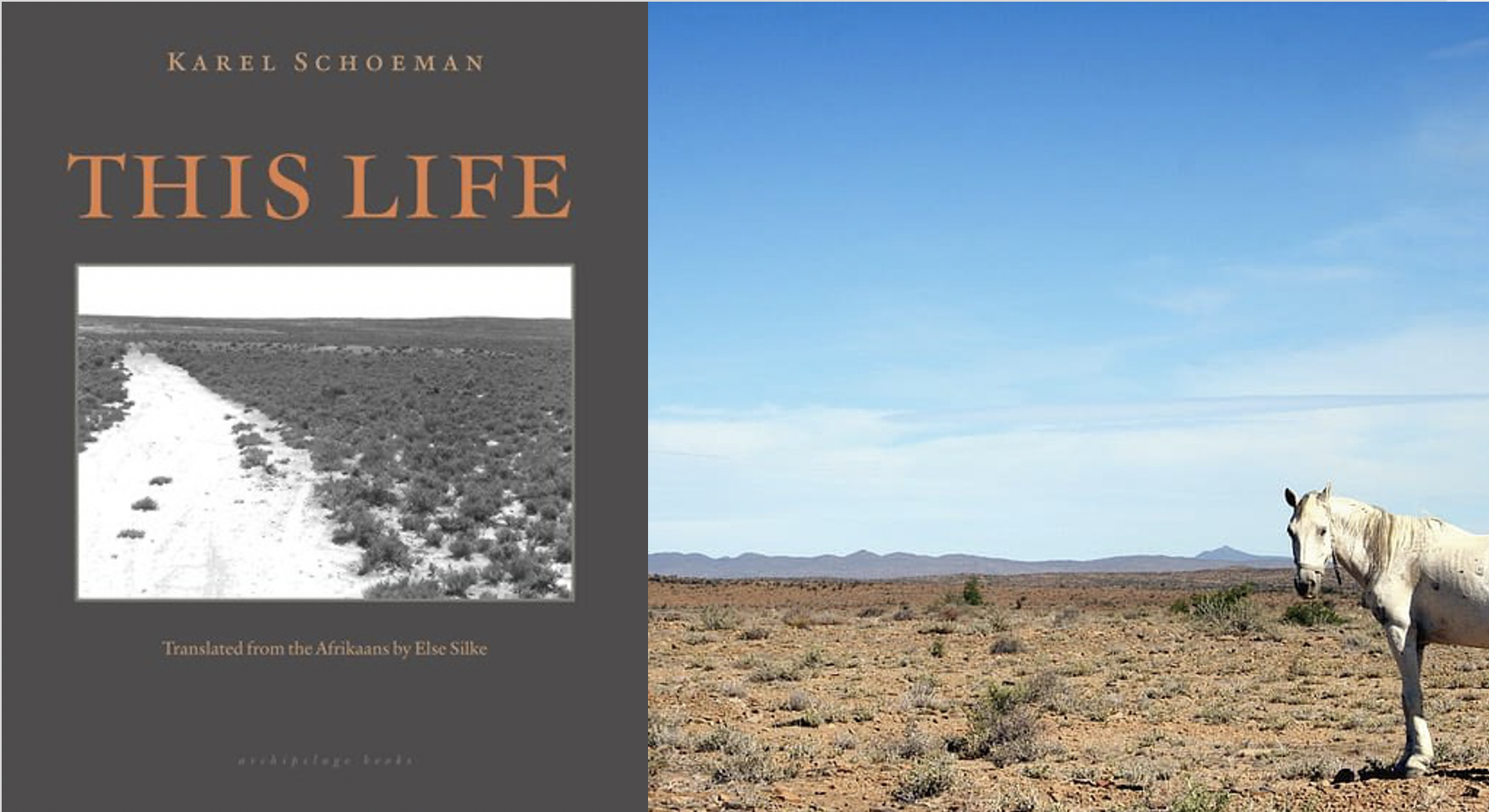 “The past is another country: where is the road leading there? You can but follow the track blindly where it stretches before your feet, unable to choose the direction in which you want to go”. Karel Schoeman’s prizewinning novel (also available as Hierdie lewe ) is a slow burner set in the 19th century Karoo following the fortunes of four generations of one family. As The New York Times noted: “Schoeman’s prose comes most alive in descriptions of the South African countryside, tracing light and shadow over the veld. He is unsparing with his characters, giving them few paths for easy resolution.”

Where to stay: Rogge Cloof sits at an altitude of between 1400 to 1700 metres, with magnificent clear skies and expansive plains.

Not unlike rap music, you’re either a fan of East Coast or West Coast. It’s just who you are. Pieter Pieterse is definitely West Coast. Tietiesbaai, tucked away just below Paternoster, in the Cape Columbine Nature Reserve, is a rocky but picturesque stretch of coastline with numerous inlets and coves. Storyteller Pieter Pieterse parked his caravan between the boulders and soaked in life as it happened. Through his typewriter he recounts the human, humorous stories of Tietiesbaai and its people come to life. 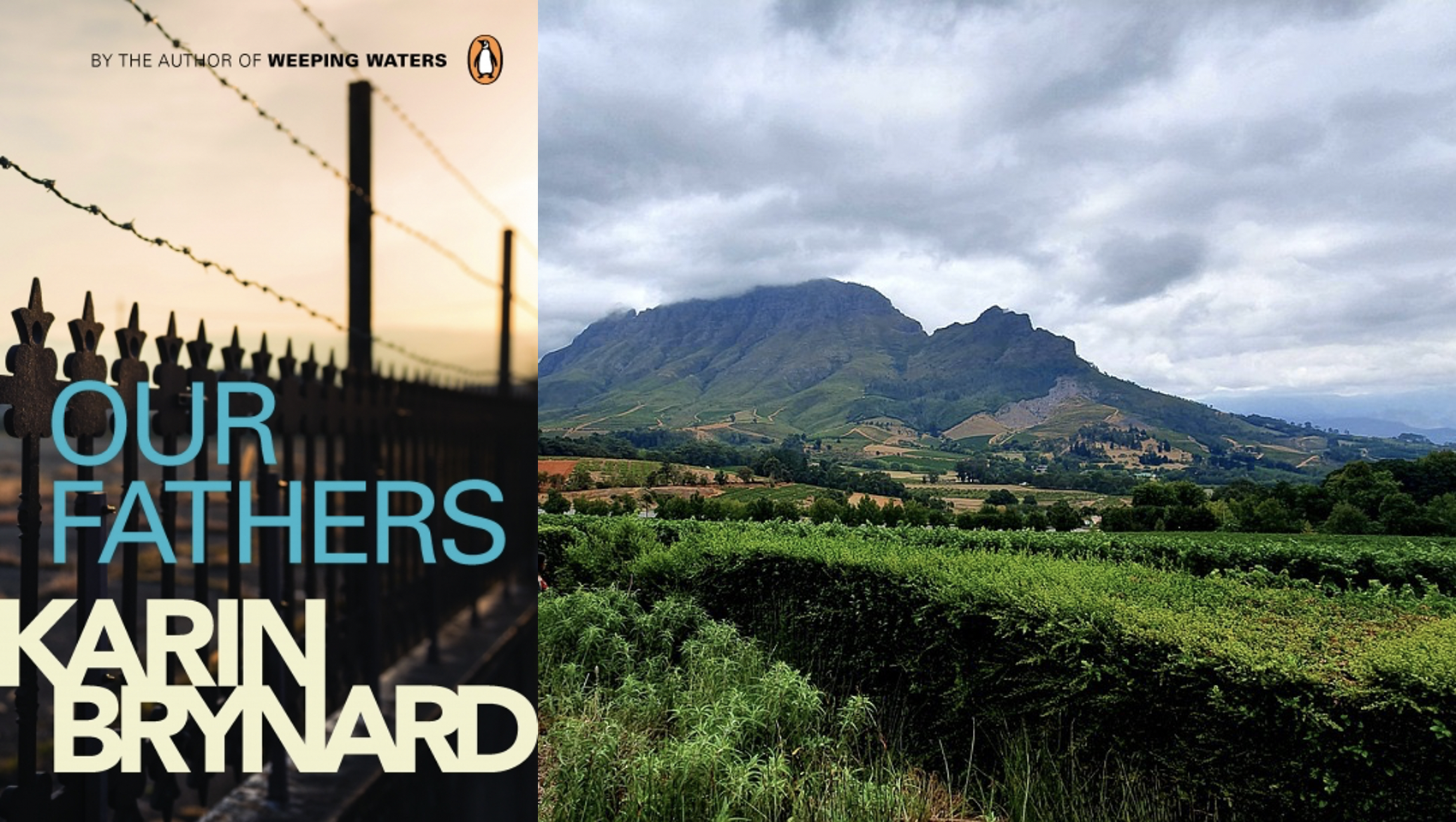 In times of uncertainty we seek comfort in stories of redemption and resolution. Local prizewinning author Brynard delivers this and more with her compelling thriller (also available as Onse Vaders) about an apparent neighbourhood burglary that goes awry. Set in Stellenbosch, the story features Inspector Albertus Beeslaar, one of our favourite new characters of fiction, along with a litany of intrigues and landmarks that will haunt you long after.

Where to stay: The picturesque Bonne Esperance is a classic Victorian villa-style guest house which embodies the heart and soul of Stellenbosch.