Henry Kotzé, a highly awarded winemaker who has Stellenbosch in his virtual DNA has been appointed to lead the winemaking team of Mulderbosch Vineyards. He is set to move to the iconic winery in the Stellenboschkloof basin in June. Kotzé is making the move from Morgenster, where he spent almost 11 years and was previously at Eikendal and Neil Ellis Wines, all Stellenbosch wineries.

The new appointment was announced by Mulderbosch Vineyards CEO Chrianto Oosthuizen. “I first worked with Henry about 15 years ago and always hoped an opportunity would arise where we could work together again.  He is a tremendously gifted winemaker and a consummate blender. Not only is he highly disciplined and meticulously detailed but he has the vision to embrace the bigger picture and to think and plan for the longer term. He has been mentored by some of the best winemakers in the business, not least amongst them, the acclaimed Pierre Lurton of Chateau d’Yquem and Chateau Cheval Blanc fame, who has been a long-time consultant to Morgenster.

While most of the winery’s fruit comes from its own farm, Mulderbosch Vineyards does also source from other select Stellenbosch growers, with whom long-standing relationships have been forged over many years. Kotzé has in fact already been working with some of these suppliers for some time, and he values their ability to give expression to his stylistic vision. “I’m excited to be taking up the challenge, joining a bespoke brand of the calibre of Mulderbosch, internationally recognised as a Stellenbosch icon.

Part of a global family

Mulderbosch Vineyards, which currently exports most of its production, has since 2018 been majority-owned by an investment group that is led by Third Leaf Partners. This San Francisco-based investment and advisory company invests in, manages, advises and operates global beverage and luxury hospitality businesses in California, Washington State and Japan.  The portfolio of its wine distribution arm, Third Leaf Wines, in addition to Mulderbosch, includes such brands as Empire Estate, that produces Riesling from New York’s Finger Lakes region;  the Italian organic boutique producer Annona; Gamay Noir specialist Bonnet Rouge in France; a range of exclusive sake expressions from Japan; and VINNY, a fast-growing US brand of canned wines. 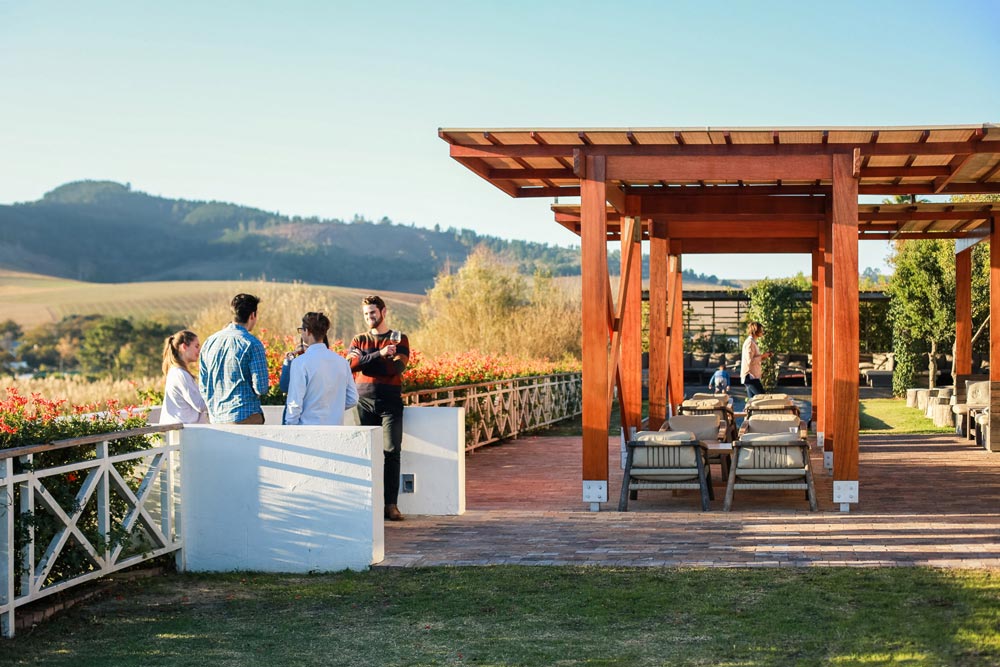 Taking it to the States

While Mulderbosch trades actively across Europe and the UK, and increasingly in the East, it does view North America as a key growth market. “We believe it is essential in the interests of managing risk that we market across a wide range of geographies, but I can say that our recently established relationship with Third Leaf Wines certainly makes us well placed to capitalise on the US thirst for premium wine,” says Oosthuizen.

He adds that Mulderbosch, with its strong eco-sustainability emphasis, plans to introduce canned wines to the local and international markets in the near future. “Worldwide, there is a growing recognition of and support for the sustainability and convenience that cans offer.”

During the current lockdown, the winery has been focusing on managing its data to strengthen both its B2B and direct-to-consumer (DTC) channels and looks forward to resuming South African domestic sales when Government permits.

A story of triumph over tragedy