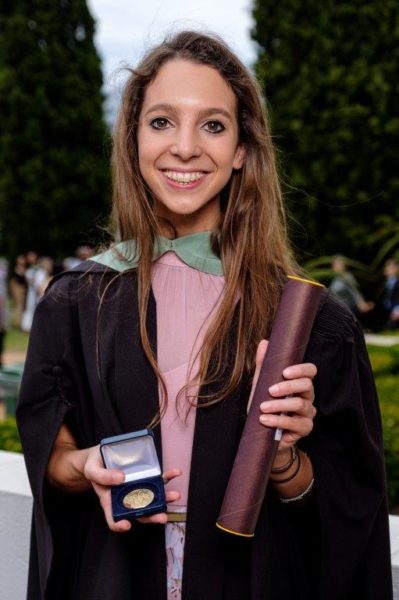 Dr Jennifer van Heerden, the recipient of Stellenbosch University’s (SU) coveted Chancellor’s Medal for 2019, passed every year of her study with distinction, and obtained distinctions in every one of the 11 domains of the final-year examinations.

Prof Wim de Villiers, Rector and Vice-Chancellor, also graduated in the Faculty of Medicine and Health Sciences in 1983, and he was the recipient of the Chancellor’s medal in that year.

Van Heerden said she felt honoured to have received the medal and said none of her success would have been possible without a support system in place. “My success has been made possible by the support system I have had around me. I absolutely love what I study and my passion for medicine has helped me to go the extra mile, even during the tough times while studying towards my degree,” Van Heerden said. 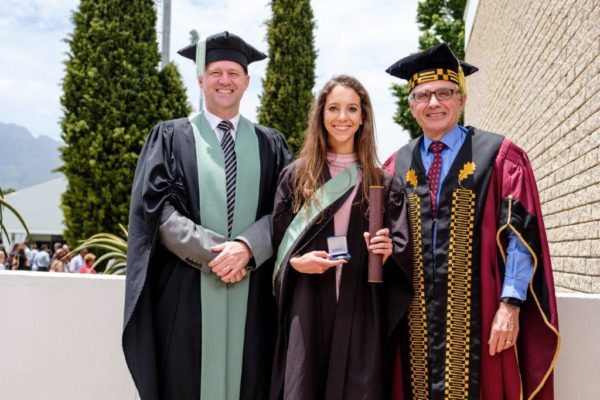 The prestigious Chancellor’s Medal is awarded annually to a final year or postgraduate student who has not only excelled academically, but also contributed to campus life in various ways and worked hard at developing co-curricular attributes.​ In addition to the Chancellor’s Medal, Van Heerden has scooped several other awards during her academic career. These include:

She has also occupied student leadership positions and served on committees, including President of Friends of Médecins Sans Frontières, a society in support of the non-profit organisation Médecins San Frontières (MSF, also known as Doctors Without Borders). In addition to all of the above, Van Heerden also made time to participate in a wide range of developmental activities, such as completing an  elective course at Antonio Lorena Hospital in Cusco, Peru where she worked in the paediatric ward in a resource-limited environment, and attending the Msinga Outreach Camp, a medical and community outreach in rural KwaZulu-Natal. 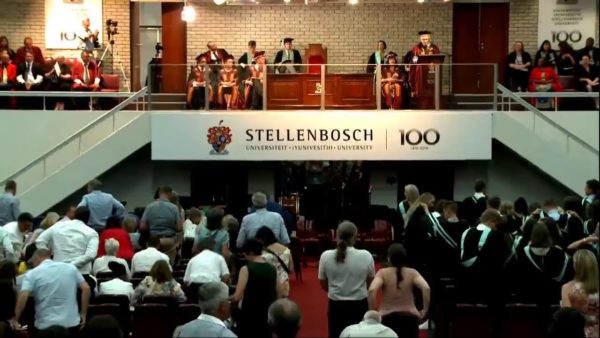 Van Heerden plans to intern at Helen Joseph Hospital in Johannesburg and her dream is to specialise in paediatrics one day.

Three from SU under most cited in the world

The highly anticipated list identifies scientists and social scientists who produced multiple papers ranking in the top 1% by citations for their field and year of publication, demonstrating significant research influence among their peers.

The methodology that determines the who’s who of influential researchers draws on the data and analysis performed by bibliometric experts from the Institute for Scientific Information at the Web of Science Group.

“Stellenbosch University is extremely proud of these three prolific researchers,” states Prof Eugene Cloete, Vice-Rector: Research, Innovation and Postgraduate Studies. “It is not only proof of our academics increasingly receiving recognition from their peers globally, but also indicative of the University – in line with is vision – being globally recognised as excellent, inclusive and innovative, amongst others.”

The data are taken from 21 broad research fields within Essential Science Indicators, a component of InCites. The fields are defined by sets of journals and exceptionally, in the case of multidisciplinary journals such as Nature and Science, by a paper-by-paper assignment to a field based on an analysis of the cited references in the papers. This percentile-based selection method removes the citation advantage of older papers relative to recently published ones, since papers are weighed against others in the same annual cohort.

David Pendlebury, Senior Citation Analyst at the Institute for Scientific Information said: “Recognition and support of these exceptional researchers represents an important activity for a nation or an institution’s plans for efficient and accelerated advancement. The Highly Cited Researchers list contributes to the identification of that small fraction of the researcher population that contributes disproportionately to extending the frontiers of knowledge. These researchers create gains for society, innovation and knowledge that make the world healthier, richer, more sustainable and more secure.”

A sense of place