UPDATE – We speak to the BMC MBT Racing team about how much they’ve been #lovingStellenbosch and their preparations for the first leg of the UCI MTB World Cup. Have a look and start getting excited!

*Special thanks to Abloc SA for the logistical arrangements.

Mountain bikers around the globe rate the annual UCI MTB World Cup as the undisputed zenith of XCO racing. And this year, reveals JACQUES MARAIS, South Africans can cheer on their champions on home ground in Stellenbosch. 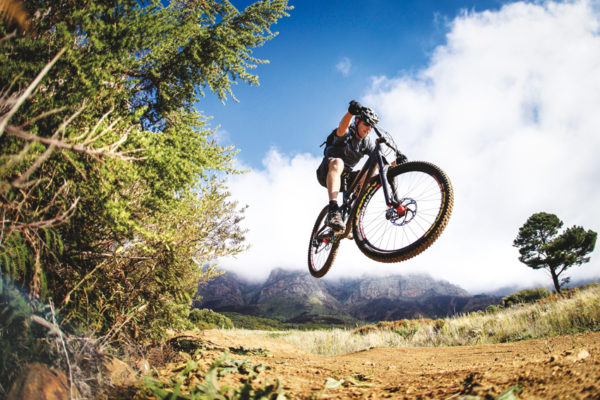 Eight events staged in prime mountain-biking destinations around the world. The greatest names in cross-country racing lining up to do battle on their bikes. An Olympic discipline pitting riders against not only top competitors in their sport, but also an unrelenting course brimming with obstacles. All this adds up to UCI MTB World Cup racing at its very best.

The fat-track tribe is abuzz with the news that the first leg of the 2018 UCI Series will be staged in Stellenbosch. A completely revamped and upgraded cross-country (XC) course has been purpose-built against the slopes of Coetzenburg and this is where the action will unfold in March.

Just a moment, though. For readers who don’t know their UCI from their XCO, let’s backtrack to the origins of this incredibly exciting mountain-biking race format. The Union Cycliste Internationale (UCI) was founded in Paris way back in 1900 and has since served as the undisputed world governing body for all disciplines of cycling. Stretching way beyond just competitive events, its sphere of influence includes bicycling as a form of recreation or transport, and its mission is to develop and oversee all aspects of the sport. This brings us to XCO, which stands for Cross-Country Olympics and is a mass-start race pitting men and women from various age categories against one another.

Anything goes during these multiple-lap races, from gnarly climbs or drop-off descents to a range of technical obstacles, including berms, singletrack zigzags, rock gardens and rooty descents. In recent years, ‘tech zones’ have allowed riders to receive technical assistance in case of mechanical issues or to grab a bite or drink to sustain them. 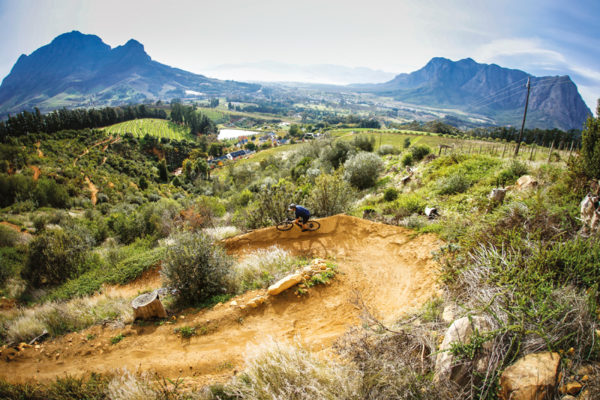 The Coetzenburg course – designed by Nick Floros and built by Corrie Muller, both locals – promises to be “eminently rideable”, according to Nick. His view is most certainly not shared by many of the mountain bikers who have already ventured on to the track; they believe many features and obstacles will prove to be a serious test for the riders.

Corrie, however, sides with Nick and is cautiously optimistic. “I don’t think that any of the key elements on Coetzenburg will cause serious issues,” he maintains. “After all, we’ll be host to the cream of the XCO community and you can’t expect big names such as Schurter, Neff or Kulhavy to come and compete on a ‘ride in the park’, right?”

And speaking of Schurter the Hurter, the Swiss superstar looks set to dominate at the Stellenbosch UCI race. “Switzerland has a lot of mountains, so it’s a great place to ride a bike,” he explains. “I will be in South Africa early. I would like to do some racing before the Absa Cape Epic as preparation for it, so the World Cup fits into that well. 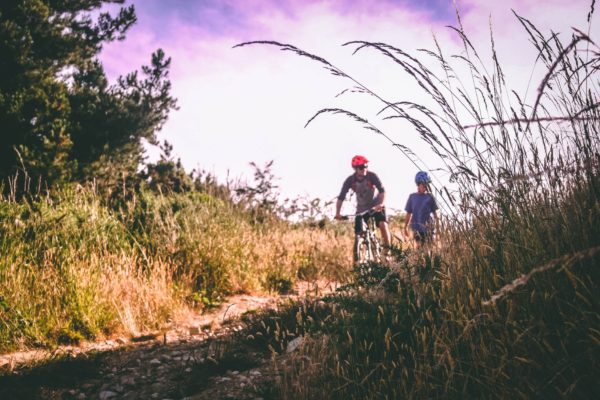 “When I first came to Stellenbosch in 2010 to compete in the Cape Epic, I loved the town and the riding in the area. So I’m really excited about the World Cup coming to my ‘second home town’ in March.”

A star-studded collection of international and local mountain bikers will rub shoulders in the Stellenbosch area in the run-up to not only this much-anticipated UCI event, but also the Absa Cape Epic and the Cape Town Cycle Tour. All three of these globally acclaimed events are staged in March, so excitement levels will definitely be cranked up during the month.

Although the line-up of competitors for the 2018 UCI MTB World Cup has not yet been finalised, established stars like Jaroslav Kulhavý and Jolanda Neff are sure to saddle up. Leading the local charge will be young gun Alan Hatherly, fresh from the Under-23 UCI World Champs in Cairns in 2017 where he won a superlative silver medal, no less.

“Winning the first XC medal for South Africa since Burry Stander was an incredible feeling for me,” says Alan. “I’m so proud, and now I’m looking forward to a home-ground event and representing my country well.” The young rider is convinced that the great and varied terrain of the Stellenbosch area is perfect for hosting many more World Cup events in the future. 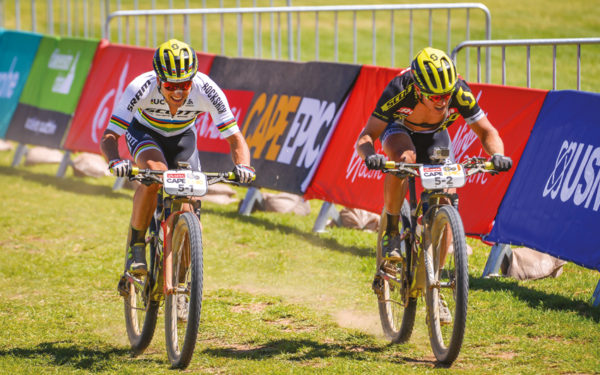 The influx of riders and velo tourists to the town is expected to be huge and preparations are already being made to accommodate them and provide activities and trails for their entertainment. Meurant Botha, who designed the first World Cup trail in the Stellenbosch area, now runs the Dirtopia Trail Centre with his wife, Arina, and they are expecting a bumper season.

“There won’t be space for a mouse in the town come March, so our plan is to find a spot in close proximity to Stellenbosch to soak up the spill-over,” says Meurant. “A rustic tented camp is just one of the options we’re looking at. It would allow visitors to chill out on the beautiful Delvera Wine Estate and have the exhilarating Simonsberg trail network right here on tap.”

Presented by Shimano, the UCI World Cup will consist of four individual events: the men’s and women’s elite races and the corresponding under-23 categories. Spectators on the big day will find the course has been designed so that they can be part of the action and they will have an excellent view of key segments of the route. 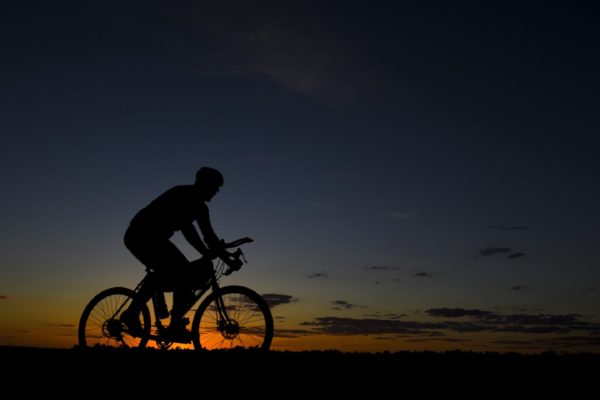 To best enjoy the spectacle, though, be sure to get there early. And don’t forget to stay properly hydrated, apply plenty of sunscreen and always back away from snakes, spiders and scorpions – you guys know that, right? But international visitors may appreciate these tips. Medical and safety personnel will be on hand for emergencies.

Also keep in mind that watching a UCI World Cup is hard work; you might even need an energy bar or two yourself! The Grandstand pavilion in the race village is generally the best spot to take in the start and finish action, but there are a number of easily accessible spectator viewpoints along the course itself. These are so well signposted that you could run (and scream) your heart out while following your MTB hero around various sections of the route. The Rock Garden is always a favourite location and will boast both a big screen and a chill zone, allowing you to take in thrills and spills while relaxing in the shade of the eucalyptus forest.

According to race director Glyn Bromberg, the Cape mountain- biking clan is impatient for international MTB action. “It has been 20 years since Stellenbosch last hosted a World Cup,” he says, “and to present an event of this magnitude is really special.” Too right, and all the more reason for you to plan now to be there on the day!

Eight events staged in prime mountain-biking destinations around the world. The first leg of the 2018 UCI Series will be staged in Stellenbosch.

It’s a Revolution with Southern Moonshine!