Those in the art world might not appreciate having to stay indoors and not taking in the beauty of art at exhibitions and galleries, but it doesn’t have to be so.

We asked Stella Viljoen, Associate Professor of Visual Studies at Stellenbosch University to take us on a deep, guided journey to ponder some of the pieces that can offer meaning in these extraordinary times.

In the wake of President Ramaphosa’s announcements these past weeks, the streets of Stellenbosch have become gradually quieter and feel especially empty in the early evenings.

A month or so ago I showed my second-year Visual Studies students the paintings of Edward Hopper, an artist who was particularly active during the interwar period in America. He loved to paint inbetween places: bars, diners, cinemas – not home or work, but the other places that comfort us and allow us to feel a sense of community even when surrounded by strangers. His tableaus are melancholy but they make me feel less alone, like listening to Nick Cave.

The solitary figures in each painting look like they are waiting for a pandemic to pass, like their lives are on pause.

There is nostalgia loosely writ in their poses and I am moved by their ability to still my nerves.

Hopper was mentored by Martin Lewis, an Australian émigré who never gained the kind of acclaim Hopper had but made etches of such haunting beauty that his lack of renown feels like a grave injustice.

Lewis too created urbanscapes, especially of Manhattan by moonlight with groups of figures in silhouette crossing the street or standing in a doorway or sharing an umbrella.

To see these now is to find beauty and hope in this awkwardly inbetween time, to know that there can be inner stillness, even at the most chaotic moment.

In the same way that Hopper riffed off Lewis, Stellenbosch artist, Gina Heyer, drew inspiration, especially in her early work, from Adriaan van Zyl, also a Stellenboscher. Their kindredness is particularly evident, not in cityscapes or landscapes, but in equally solitudinous interiors. Van Zyl’s series, Hospitaaltyd (Hospital Time), documents the interiors of hospitals he had an intimate knowledge of as a patient. His sublime depictions resonate with the serenity that comes from real apprehension, seeing as if for the first time. The waiting rooms, empty gurneys, cabinets full of medical equipment and emergency rooms are still, quiet, empty places. They tell of the solitude, the waiting involved in illness.

Heyer paints school corridors, bathrooms and stairways but also turns her gaze toward the hospital. Like Van Zyl’s scenes, her rooms are empty but unlike his, her paintings are bright with neon light. His are full of the kind of natural light that is a sort of pleasant almost-darkness. Hers have a glare that is not unfriendly but attests of a situation, a circumstance that is artificial and will be treated by invasion not resignation. Her paintings are meticulous, obsessive, perfectionist in the way that medicine itself must be. The brushstrokes are impossible to detect so the rendering feels photographic, ‘mechanical’, to use Walter Benjamin’s derisive term for the photographic. 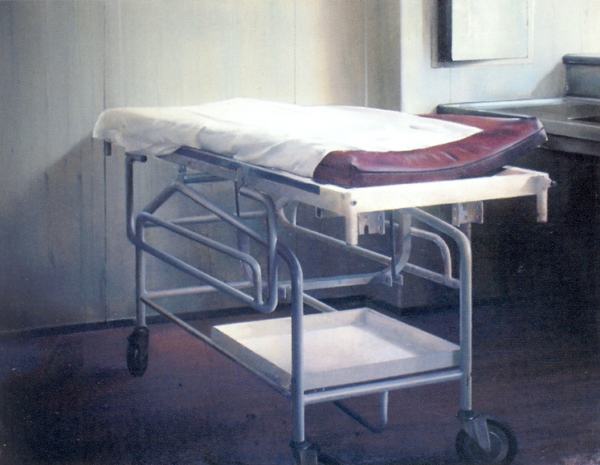 In Hospitaaltyd (which often comprises hospital rooms and seascapes in diptych), Van Zyl’s presence as artist is sharpened by his imminent absence. There is a transparency to the paintings, as if the mortal was being washed away. In Heyer’s painting, she seems to be putting up a fight, she is determined not to give up, no matter how invasive the treatment. But, perhaps she identifies with the medic, the clinician, rather than the patient. Perhaps her brush is used to defend the precision, the impartiality of medical bureaucracy, not the transcendent.

Google their art and you will see what I mean. Take the time to really see their work. Allow art’s chief pleasure, its slowness, to heal you from the frenzied uncertainty of this current malady which we all suffer, whether infected or not.

For more local lifestyle features, news and updates from Stellenbosch and surrounds, subscribe to our newsletter.

Paul du Toit whispers to the soul with “Modern Primitive”

The fascinating world of new technology 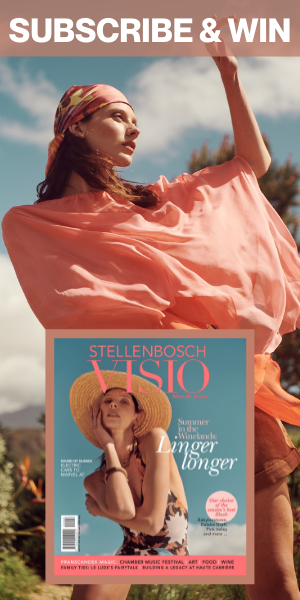