The home of sport

They come from far and wide, sportsmen and sportswomen of all stripes descend on Stellenbosch to benefit from the town’s Academy of Sport and everyone gains.

“Sport has the power to change the world. It has the power to inspire, it has the power to unite people in a way that little else does. It speaks to youth in a language they understand. Sport can create hope, where once there was only despair.” These are some of the powerful words Nelson Mandela delivered in May 2000 when he presented a Lifetime Achievement Award to football icon Pelé at the first Laureus World Sports Awards in Monaco.

The Laureus Sport for Good Foundation was the brainchild of Stellenbosch native Johann Rupert. A little more than a decade later, via his investment company Remgro, the acclaimed South African industrialist became an enthusiastic supporter of a new facility that would bring the best and brightest in the world of sport to Stellenbosch, a town long famous for its beauty and history, and its venerable sporting heritage.

“Stellenbosch has always been a town with a rich culture of sport, attracting international athletes to come and train here. That was the seed of the idea behind it all,” explains Rob Benadie, the chief executive officer of the Stellenbosch Academy of Sport (SAS). “Mr Rupert and Remgro wholeheartedly supported the idea for the SAS, seeing that this would be an asset as much for the town as for athletes visiting from overseas.”

Providing a world-class training facility for local and international athletes is the singular focus of the academy, explains Rob. “The vision is for the SAS to be recognised as a world-class sports training and preparation destination. It’s not about sports science or research; this is a training environment for the elite athlete.” 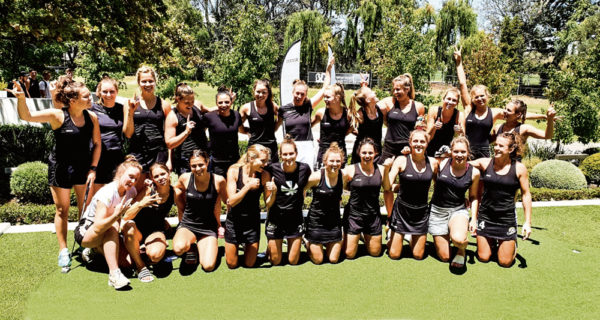 From the beginning, the SAS has been strategic in the sporting codes it has targeted, focusing on swimming, cycling, track and field, rugby, triathlon and field hockey. “We know that Stellenbosch is well equipped to deliver services for those sports in particular,” adds Rob. “Then it was my job to market ourselves to the national federations and teams.”

And the academy has enjoyed extraordinary success over the years, attracting some of the world’s top teams and athletes. The Dutch athletics team is a regular client, as are the Dutch and German field hockey teams. Swimmers Chad le Clos and Pernille Blume, as well as American triple-jump star Christian Taylor, are often hosted at the SAS. Cyclists Julien Absalon and Marianne Vos have based themselves here for training, as have Paralympic athletes Fanie van der Merwe and Richard Whitehead.

Not surprisingly, December to April is peak season at the SAS, when European athletes fly south to take advantage of the superb summer and autumn weather. But it’s not only the sunny days that make the academy so attractive; it’s the impressive facilities and expertise on offer at its secure Stellenbosch campus, situated just a short walk from the historic centre of town. 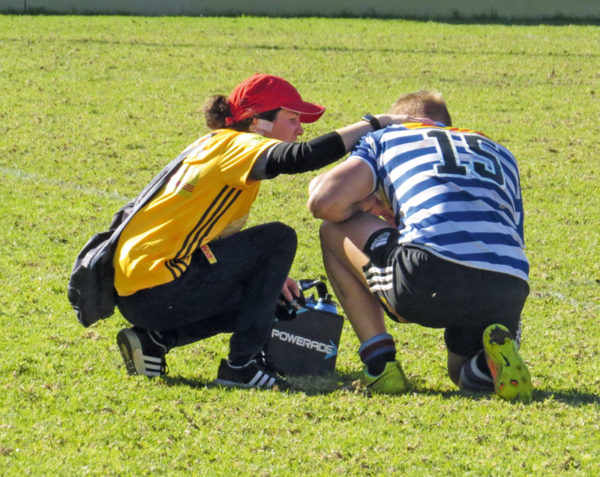 While individual athletes and national teams usually arrive with their own coaches, physiotherapists and sports scientists, the SAS provides all the logistics and infrastructure to allow them to get on with the task at hand: training for top-flight competition.

Staying ahead of the pack

Competition is fierce in the globalised world of sport training facilities and Rob knows the SAS has to keep upping its game to stay ahead of the pack.

Since opening in 2012, it has seen a constant programme of upgrades and expansion, including doubling the size of the onsite restaurant for the athletes and improvements to the 200 residential rooms.

Alongside the modern residence, the restaurant provides menus that are professionally tailored to provide the nutrition top-tier athletes require during intensive training. “We definitely keep on top of trends in sports nutrition,” says Rob. “And it’s been interesting to see how endurance athletes choose to eat, compared to a rugby team, for instance. Our catering team needs to understand each of those requirements and preferences.”

Another trend the SAS has had to respond to is the increased attention given to sports science and technology in training and conditioning. It has invested in GPS tracking systems for training on the field and installed specialist equipment for exercise and rehabilitation in the gyms, including force plate technology and the AlterG Anti-Gravity Treadmill.

The SAS Performance Division is another of the academy’s important drawcards. Run by Johan van Wyk, a physiotherapist and former professional rugby player, it is renowned as one of the leading sports rehabilitation facilities in the country, offering physiotherapy, conditioning and training in one convenient location.

Athletes training through the SAS also enjoy access to extensive facilities and fields across Stellenbosch, including hockey fields, swimming pools and the world-class athletics track at Coetzenburg Stadium. Much of that access is thanks to the strategic partnership between the SAS and Stellenbosch University. The academy partnered with the university in the construction of a 50m Olympic-sized swimming pool and was instrumental in the installation of artificial-turf fields at both the Rhenish and the Bloemhof girl’s high schools. 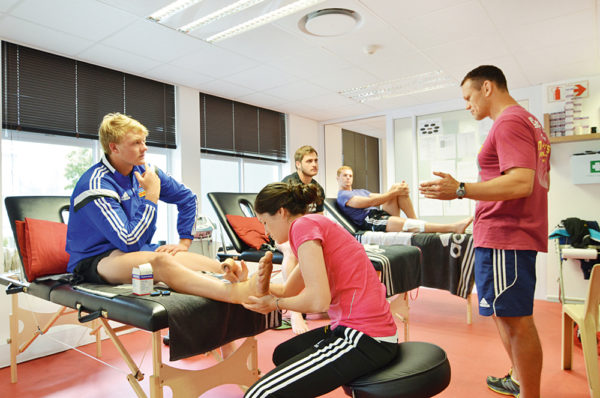 “We couldn’t do this without our partnerships,” explains Rob. “The university is also very happy to be involved in attracting international-standard athletes to the town, as it rubs off on our own local sportspeople.”

And increasingly, visiting athletes are excited to be involved in community outreach programmes run by the SAS. “We make a real effort to connect these visiting athletes and coaches with sportspeople at the university, as well as in surrounding schools, to share their knowledge,” he adds.

Under Jose Cabral, the head of SAS Community Programmes, the academy runs a number of different sports initiatives in the wider Stellenbosch area, focusing on promoting sports among school-aged learners. Besides fostering connections and facilitating training with visiting coaches, the SAS has been instrumental in upgrading infrastructure, with the construction of sand sports courts in under-resourced communities in and around Stellenbosch.

More local would be lekker

While the SAS has worked with a handful of local teams – the likes of Supersport United soccer team and the South African netball team – Rob would love to see more South African sporting federations making use of the opportunities and facilities on offer at the academy.

“Of course, funding is an issue, but it’s a pity we haven’t been able to do more to help our national sports teams,” he says. “Going forward, we would like to focus on how we can assist our local federations and we’ll do whatever we can to work with local schools and amateur clubs.”

As well as the swimmers, field hockey teams and track athletes, rugby is a key focus for the SAS. SA Rugby has been an anchor tenant of the academy since the beginning, with the Springbok Sevens teams – both men and women – permanently based there. Visiting athletes come and go but, enthuses Rob, “these world-class teams bring energy to the SAS for 12 months of the year.”

The SAS is also home to the Springbok Sevens Academy, as well as bespoke training programmes for aspiring young professional players, including the SAS Sevens Academy and the innovative SAS Rugby Institute (SASRI), a five-month residential programme. “These are aimed at players who are trying to become professional sevens or 15s players,” explains Rob. “Some players are on a gap year – perhaps they haven’t been contracted to a club – and they’re giving themselves another chance at playing in a top-class environment.”

SAS Rugby certainly draws on a deep pool of talent to polish the stars of the future. Head of rugby is Jacques Hanekom, a man with decades of coaching experience across all levels, who is assisted by a roster of household names from the world of rugby, including Ernst Joubert, Neil de Kock and Corné Uys.

The latest anchor tenant to join the SAS is Stellenbosch Football Club, a professional soccer team that was purchased by the academy – with the backing of sole shareholder Remgro – in 2018.

Across an array of sporting codes, from field to track to swimming pool, at the core of the SAS is a simple commitment to the power of sport for good.

“The higher purpose, the mission of the SAS, is to have a positive and sustainable effect on the impact that sport and sportspeople have on society. Sport really has the power to change the way people think,” says Rob.

“Our mission is to make a difference through sport.”