About Town, Nature, Outdoors, Things to do
January 15, 2020
by Stellenbosch Visio
0

Creating labyrinths and mazes out of hedges or stones is a concept that dates back over millennia. And soon Klapmuts in Stellenbosch will be home to the biggest labyrinth in Africa, and this landmark will help play a role in the neutralising of our carbon footprint.

The idea of creating the Great Labyrinth of Africa came along when social entrepreneur and environmental activist Peter Shrimpton made the connection between spekboom trees and the reduction of carbon dioxide.

“If we don’t regress carbon emissions by 2025, we’ll go past the tipping point and all of humanity will face extinction,” he said. The spekboom is a native succulent tree found in South Africa, and can grow as tall as five metres high. The lifespan of a spekboom can reach up to 200 years, and are known for their hardiness and resilience – these trees have been known to survive drought, frost and fire. They are a popular choice because they are also very easy to grow, and can be propagated from a simple clipping.hFossil-fuel-related carbon dioxide emissions will hit a record high of 37.1 billion metric tons by the end of this year. Reducing South Africa’s carbon footprint is a critical national issue that requires urgent attention from our country’s political and business leaders, citizens and visitors.”

The 13 circuit labyrinth is the largest in the world to be made with spekboom trees. It has been proven that a spekboom thicket is ten times more effective than the Amazon rainforest at removing carbon dioxide from the atmosphere. One hectare of spekboom is able to sequester between four and ten tonnes of carbon per year. The labyrinth will have the same dimensions as the Pyramids of Giza in Egypt – so will measure 230m by 230m – and offer those who wish to leave their mark the opportunity to purchase naming rights for several metres of hedging as well.

“The spekboom tree is an indigenous succulent plant. It’s one of the only plants that releases oxygen into the atmosphere during the day and night. The labyrinth being made of this particular tree will help play a role in the neutralising of the carbon footprint.”

When Peter learned about the extraordinary ability of Spekboom to sequester carbon from the atmosphere and how easy it is to propagate. Pursuing his passion to lift people out of poverty and preserve the environment, he established a social enterprise called Wonder Plant that enables people from previously disadvantaged communities to earn sustainable livelihoods by running small scale Spekboom nurseries.  The project quickly grew into the largest Spekboom nursery on the African continent.​

The 90,000 trees that will be used to create The Great Labyrinth of Africa have been grown by the “Tree-preneurs” in Wonder Plant’s entrepreneur development program. 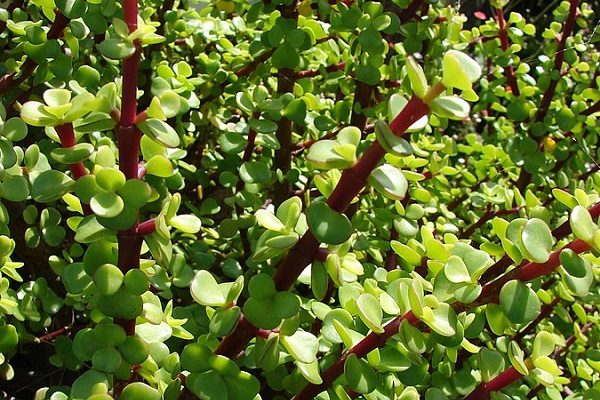 Spekboom is a succulent tree native to South Africa. According to WineLand, spekboom is able to absorb between four and 10 tons of carbon per hectare per year. Hence the title of South Africa’s ‘wonder plant’.

They reach between 2m and 5m tall & live to be 200 years old.  Spekboom are 10 times more effective at reducing carbon than tropical rainforest trees. One mature Spekboom can remove 8.5kg of CO² per year.  They can survive frost, fire, and drought, and they are very easy to propagate.

The project is open to everyone with opportunities to get involved by way of sponsoring a lane, growing Spekboom plants and raising awareness around the campaign. Click here to learn more about involvement with this exciting project.

For more lifestyle features, events and happenings in and around Stellenbosch, subscribe to our newsletter.