Over many decades, Stellenbosch has become the home of giants: giant oaks and giants in the fields of academia, science, engineering, literature… And, Danie Keet reminds us, giants in winemaking.

English physicist Isaac Newton wrote that a solution to a problem would come to him when he stood “on the shoulders of giants”, using the knowledge of others before him. To refer to certain winemakers of the Stellenbosch region as giants in the industry is no exaggeration, for nowhere else in South Africa have so many winemakers from a relatively small area achieved the heights of excellence with so many wines over such a long period of time.

Paving the way was Dr William Winshaw, an American who settled in Cape Town and started making wine in Stellenbosch. His sons, Bill and Jack, took over the business, renamed it Stellenbosch Farmers Winery (SFW) and within a few years created the Lieberstein brand that sold three million cases.

Then came Dr Anton Rupert, founder of the Rembrandt empire, in whose stable Distillers Corporation was housed. After amalgamating with SFW, Distell became a powerhouse of international quality liquor brands.

“It was their passion for wine, mutual respect and a common goal that created the Stellenbosch wine landscape,” says Bennie Howard, Cape Winemaster and himself an industry stalwart. “Stellenbosch has been blessed with a combination of wine visionaries who were not shy to speak their minds, had similar ideals and worked together to create something really special.” 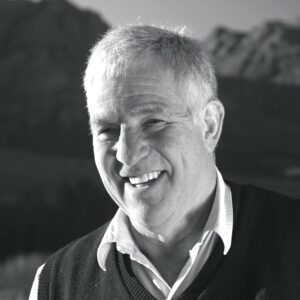 For Jan Boland, it all started about 52 vintages ago at Stellenbosch University, where he studied oenology and played rugby. While playing for Western Province and later the Springboks, he was also active in Stellenbosch vineyards, initially at Kanonkop where he helped to put Pinotage on the world’s wine map. Then in 1980, he bought Vriesenhof and has not looked back since.

“Jan Boland’s rugby name, together with the successes at Kanonkop and Vriesenhof, made him a giant in the industry and one of South Africa’s best makers of red wine,” says Bennie. “He was not afraid to implement in his winery the lessons he learnt about Bordeaux-style wines during his stint in France. He converted his passion for rugby into a passion for wine.”

Jan Boland himself says, “Our people have a combined passion for winemaking and we share knowledge and skills not only from within the winemaking community, but also from other experts who share our passion. It’s about more than just the wine; it’s about commonality.” 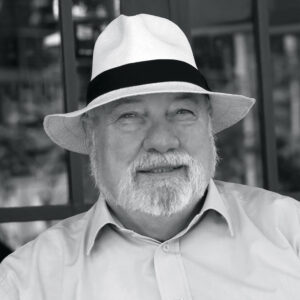 After emigrating from Italy, Giorgio had his first winemaking experience in South Africa at Meerlust, where he pioneered the creation of Bordeaux-style blends in this country. Like Spatz Sperling, who introduced the German way of enjoying wine and food, Giorgio infused his Italian identity into the South African way of winemaking. 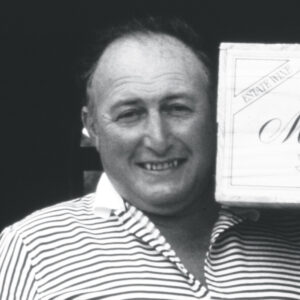 In 1919, the winemaking history of the Momberg family began when brothers Marthinus and Niels bought Middelvlei. Their sons, Stil Jan and Jan Bek, inherited the farm in 1960 and continued this winemaking tradition together for three years before Stil Jan bought his cousin’s share. “I have always planted bush vines and tried to make a better vintage every year. We made larger-than-life wines that were quite different to today’s wines,” says Stil Jan. “The wine industry taught me that no two vintages are the same, that circumstances change from year to year.” 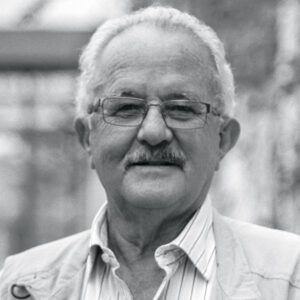 The Van Velden family are no strangers to ground-breaking winemaking, as they showed when Overgaauw was the first estate in South Africa to bottle a single-varietal Merlot in the 1980s.

Braam’s father, David, also pioneered the production of the German varietal Sylvaner, which he established in the 1960s and bottled in 1971, when the focus was on Riesling and Chenin Blanc. Overgaauw’s Sylvaner is still the only one produced in South Africa.

“We had to fight for what we believed in,” says Braam. “Distribution by independent producers went head to head with the likes of KWV, Distillers and SFW, but we persevered and succeeded. In the same vein we were among the first producers to bottle our own wine, again proving that determination is a quality that you need in our world.”

Bennie emphasises the Van Veldens’ contribution to South Africa’s wine industry. “Braam followed in his father’s footsteps by continuing to produce high-quality wines in the Overgaauw tradition. They were among the first to mature Cabernet Sauvignon in French barriques and also the first in South Africa to produce Cinsaut.” 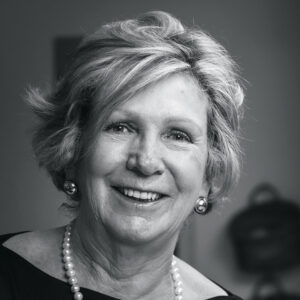 In a male-dominated industry, Norma Ratcliffe founded the Warwick Wine Estate (along with her late husband, Stan) and as the first woman in the country to make wine, she is still known as the ‘First Lady’ of South Africa’s wine industry.

Creating firsts seems to come naturally to her: she was the first to launch a Cabernet Franc in South Africa; she developed the first Cape Blend (Pinotage, Cabernet and Merlot); and she was the first woman to become a member of the Cape Winemakers’ Guild – and so far the only woman to have served as its chairperson.

Norma is still an honorary life member of the guild and its protégé programme. In 2015, she was awarded the 1659 Medal of Honour for her impact and contribution to the South African wine industry; again, the first woman to receive this award.