Stellenbosch FC accomplished an incredible feat on the last day of the National First Division season with a home draw to Maccabi FC, securing not only the title but, arguably more importantly, a place in next season’s top flight. 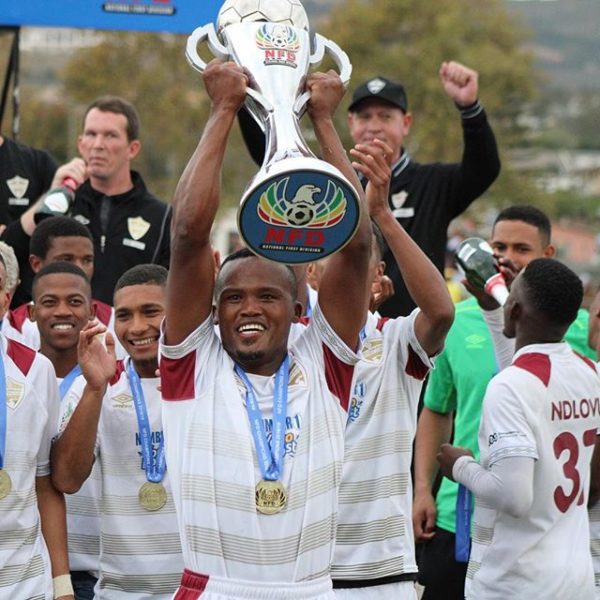 The one point gained from the draw sees Stellenbosch FC three clear at the top of the table with Royal Eagles taking the second spot. Stellenbosch Football Club’s promotion to the Premier Soccer League is not only a dream come true for players and management, but also for the community of Stellenbosch and the Winelands. Coach Steven Barker was as expected emotional afterwards. “It is clear what this means to the community. Everyone on the management and ownership did a great job, but most importantly the players stood up and have been counted. Not a single player in this group has ever won a league title,” said Barker. 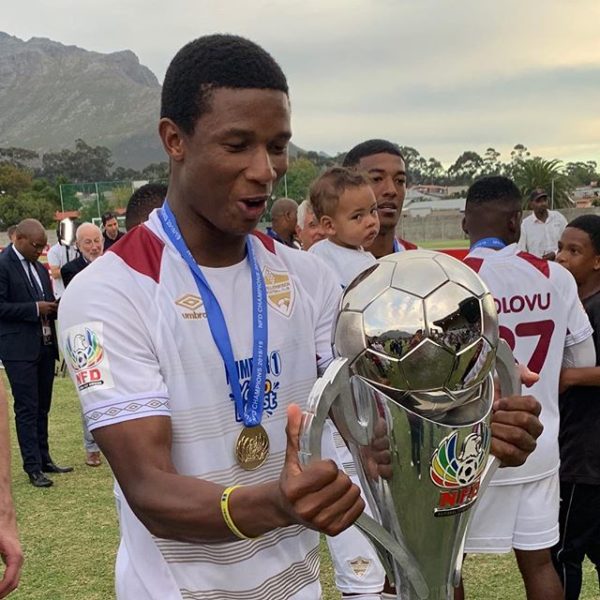 “For us to have stayed on top of the league table for 23 weeks is testimony to the hard work these players have put in week in and week out. I just want to thank them…they deserve this. We worked hard from day one. We want to play in the big league, against the best players, we want to be in the big stadiums, we want to showcase our abilities against the best players in the country and we achieved the opportunity to do just that. We will surely enjoy the moment, but the hard work for next season will start early in the new week.”

Local player Lee Langeveldt could not hide his happiness. “This is a dream come true. Not just for me as a player, but also for the soccer community of Stellenbosch. Finally, we have a professional club in the Winelands, and we are getting the systems in place to make sure that the future stars won’t need to leave to make their dreams reality,” said Langeveldt.

Captain Jarrod Moroole added: “I actually have no words. This is so big and so special. This team did a great job and we are just grateful for everyone involved in the club, but also for the fans. We did this together as a family.”

The Stellenbosch Academy of Sport purchased SFC in August 2018.  SFC was based at SAS for two years, but last year SAS – which is 100% owned by Remgro – bought the club when the Pretoria based owner put the club up for sale.

“When we took the decision to buy the club the main goal was not only to establish a professional soccer club in Stellenbosch, but also to create a pathway for young footballers wanting to pursue the sport after school. SFC is a local team, owned by a local business with the vision of building a successful homegrown team that the local communities can be proud of. Along with the great result of our senior team we have also successfully established a SFC Youth Academy,” said SAS CEO Rob Benadie.

Remgro CEO Jannie Durand added: “To be honest we did not expect to promoted in the first season, it was all part of a five year plan! Getting to see the buy in from the community is amazing.”

A toast to a century of winemaking heritage