Geneva, 16 July 2019 – A record-breaking fleet of more than 400 yachts has entered the 48th edition of the Rolex Fastnet Race. Ranging in size from nine to 32 metres (29.5–105 feet), crewed by professionals, Corinthians, the passionate and the adventurous, they will be taking on a legendary 605 nautical mile course that demands unremitting endeavour. Rolex’s partnership with this respected and influential race began in 2001 as part of a six-decade-long involvement in yachting. Offshore sailing has been at the heart of this enduring support since the 1960s when pioneering yachtsmen relied on Rolex watches on their voyages around the globe.

The premier event in the racing calendar of the organizer, the Royal Ocean Racing Club, the 2019 Rolex Fastnet Race starts on Saturday, 3 August. The course is westwards from the Royal Yacht Squadron line at Cowes to the Fastnet Rock off southern Ireland and back to the finish at Plymouth. The fastest boats this year, the four technologically advanced 30 metre (100 foot) Ultime trimarans – Sodebo Ultim’ 3, Macif, Actual Leader, and Edmond de Rothschild – are all capable of foiling consistently at more than 30 knots. If conditions are good for flying, the outright race record of 32 hours, 48 minutes set by Banque Populaire V in 2011 will be seriously threatened. The leading monohulls, including the 30.5 m (100 ft) entry Scallywag 100 from Hong Kong and the 27 m (88 ft) Rambler, the 2017 line honours winner from the United States, will be keen to see a repeat of the 2011 race weather and an opportunity to better the monohull record of 42 hours, 39 minutes set by Abu Dhabi.

A natural and supportive partner 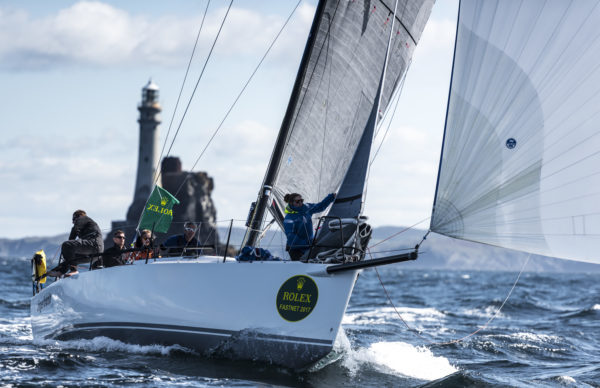 Rolex has always associated with activities driven by passion, excellence, precision and team spirit. It naturally gravitated towards the elite world of yachting six decades ago and today supports the most prestigious clubs, races and regattas. The brand is Title Sponsor of 15 major international events – from leading offshore races, such as the annual Rolex Sydney Hobart Yacht Race and the biennial Rolex Fastnet Race, to grand prix competition at the Rolex TP52 World Championship and spectacular gatherings at the Maxi Yacht Rolex Cup and the Rolex Swan Cup. It also supports the exciting new SailGP series, where national teams race in supercharged F50 catamarans on some of the world’s most famous harbours. Rolex’s partnerships with the likes of the Cruising Yacht Club of Australia, Royal Ocean Racing Club, Royal Malta Yacht Club, New York Yacht Club and Royal Yacht Squadron are the foundation of its enduring relationship with this dynamic sport. 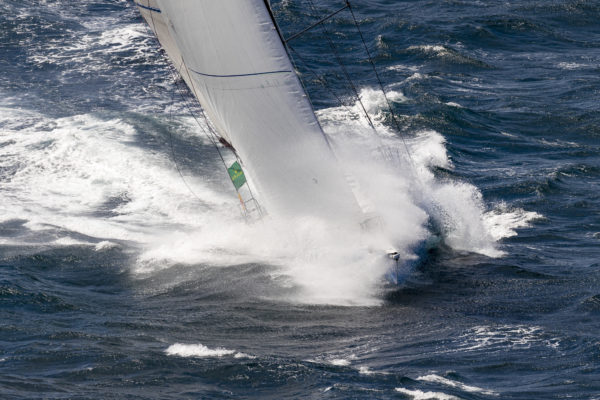 Whatever the prevailing conditions, the race is rarely straightforward for either the highly tuned, attentively prepared front runners, for those with ambition to secure the overall win on handicap or even those just striving to complete the course. The first section along the southern coast of England requires skilled and accurate navigation to take advantage of the significant currents and tidal gates. Precise timing can make the difference between entering the Celtic Sea in a winning position and having substantial ground to make up.

The open-water passage to the Fastnet Rock is often the most testing. The weather systems that typically roll westward across the Atlantic in the northern hemisphere summer bring strong winds and drive huge ocean swells into this exposed stretch of the racecourse. It can be a long, hard slog, requiring the sporting characteristics of commitment, team spirit and determination greatly admired by Rolex.

An interim reward lies at the end of this leg. Rounding the Fastnet Rock, in darkness, rain or sunshine, is a moment to savour. It is also uplifting, marking the turn towards the finish. There are still close to 250 nm of racing ahead, often typified by a fast, downwind passage to the Scillies. It was during this period of the race that the 2017 overall winner Didier Gaudoux’s Lann Ael 2 exerted maximum pressure to secure victory. Gaudoux is back again this year, as is Géry Trentesaux, also from France and the winner in 2015 who last year won the Rolex Middle Sea Race with his latest yacht, Courrier Recommandé. 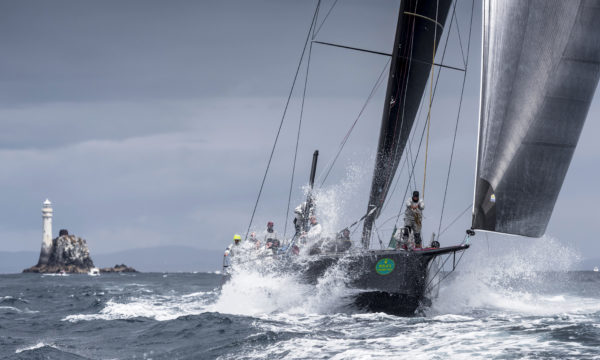 Offshore racing is about more than just the result. Testing oneself against the sea is a key attraction. Simply completing such a race is considered an achievement to celebrate. Sir Ben Ainslie, the five-time Olympic medallist, four-time Rolex World Sailor of the Year and Rolex Testimonee, has participated in both the Rolex Sydney Hobart Yacht Race and the Rolex Middle Sea Race and harbours the ambition to complete the triumvirate of Rolex-partnered 600-milers: “The Rolex Fastnet is probably the biggest race in the calendar and it remains on my list of goals. My experiences in other races have given me a real appreciation of the seamanship and sportsmanship inherent in racing offshore, especially within the Corinthian boats.

Rolex traces its connection with the sea back to its origins in the early 1900s, when it set its course to developing a wristwatch that was accurate, self-winding and waterproof. In the mid-1960s, its relationship with the offshore spirit was sealed by the accomplishments of Sir Francis Chichester – his yacht Gipsy Moth IV is taking part in this year’s Rolex Fastnet Race – Sir Robin Knox-Johnston and Bernard Moitessier, all of whom relied upon Rolex chronometers during their world-girdling voyages.

Rolex’s engagement with events such as this one and the Rolex Sydney Hobart Yacht Race, which foster the endeavour and skills exhibited by the earlier pioneers, stems from a respect for the stringent examination these races provide. The management of strategy and resources, the lack of room for complacency or errors in judgement mean that taking care of the minute details is essential. There is no pit-lane to carry out repairs or replenish resources. The commitment of the crews is wholehearted. So, too, is the commitment of Rolex to the discipline. The challenge of sailing offshore is perpetual. 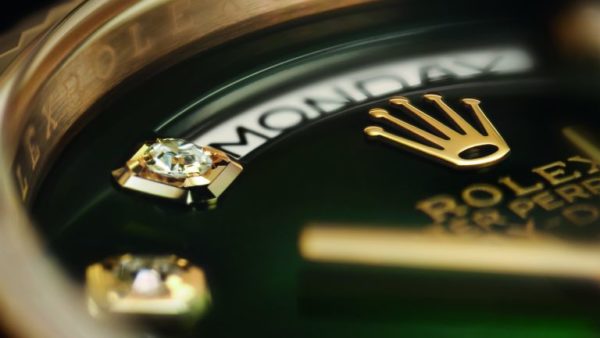 Rolex, a Swiss watch manufacture headquartered in Geneva, is recognized the world over for its expertise and the quality of its products. Its Oyster Perpetual and Cellini watches, all certified as Superlative Chronometers for their precision, performance and reliability, are symbols of excellence, elegance and prestige. The word “Perpetual” is inscribed on every Rolex Oyster. But more than just a word on a dial, it is a philosophy that embodies the company’s vision and values. Hans Wilsdorf, the founder of the company, instilled a notion of perpetual excellence that would drive the company forward. This led Rolex to pioneer the development of the wristwatch and numerous major watchmaking innovations, such as the Oyster, the first waterproof wristwatch, launched in 1926, and the Perpetual rotor self-winding mechanism, invented in 1931. Rolex has registered over 500 patents in the course of its history. A truly integrated and independent manufacturing company, Rolex designs, develops and produces in-house the essential components of its watches, from the casting of the gold alloys to the machining, crafting, assembly and finishing of the movement, case, dial and bracelet. Furthermore, Rolex is actively involved in supporting the arts and culture, sport and exploration, as well as those who are devising solutions to preserve the planet.

The continued case for equities