Constantia Glen has triumphed in the international wine arena clinching a gold medal at the 2017 International Wine & Spirit Competition and a slew of 90+ ratings for all four of their signature wines by two respected British wine commentators. 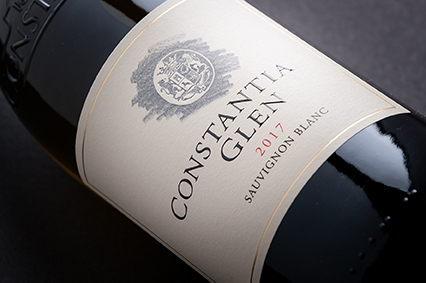 The Constantia Glen Sauvignon Blanc 2017 shot the lights out as one of only two South African Sauvignon Blancs to win gold medals at the IWSC in London. Wines and spirits from 30 countries were judged by a panel of nearly 400 wine experts from across the globe.

Top scorer in the Constantia Glen camp with 95/100 in Tim Atkin’s 2017 South African Special Report, is the flagship white Bordeaux-style blend, Constantia Glen TWO 2016, followed by the flagship red, 2013 FIVE, on 94, the 2014 THREE on 92 and the 2017 Sauvignon Blanc with 91 points. Atkin, a British Master of Wine, described the TWO as “the best release yet from Constantia Glen” with its “creamy lees, green herbs, stylish oak and a long, smoky gunflinty finish.” He tasted almost 1 700 South African wines for his report. 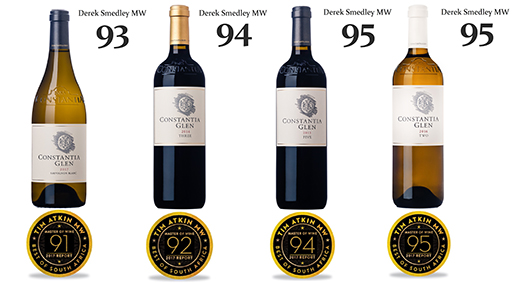 Showing a complex bouquet of lime zest, gooseberries and green melon, the lauded Constantia Glen Sauvignon Blanc 2017, is the latest wine to be released from this cool climate vineyard on the upper reaches of Constantia Nek.

“Our 2017 Sauvignon Blanc stands out as a result to the near-perfect ripening conditions of this vintage. The 2017 Sauvignon Blanc grapes were the most vibrant and flavoursome that I have ever worked with in my 10 years at Constantia Glen. This is a full-bodied wine with immense flavour concentration. The high natural acidity makes the wine racy and fresh, lending the perfect mineral backbone,” explains Winemaker Justin van Wyk.

The Constantia Glen Sauvignon Blanc 2017 is available directly from the estate, as well as fine dining restaurants and boutique wine shops. It sells at a cellar door price of R165 per bottle.

No Older Articles
Next Article