It feels like just the other day that we had the privilege of talking to professor Owen Dean about his fascinating career and life story. Before parting ways, we were informed that his next challenge would be to write a novel. True to his word, this legend of the legal fraternity has since written his exciting debut, Summit Syndrome, published by Authorhouse UK.

We take a look back at Douw Steyn’s article on Professor Dean’s remarkable history. 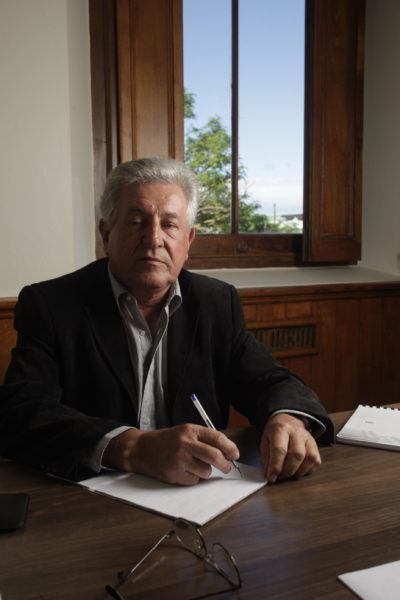 When you are in the presence of Owen Dean, it doesn’t take long to realise that this is a remarkable man. And as you spend more time with this friendly and humble person, his extraordinary life and illustrious career unfold before you.

Out of a list of highlights, three stand out for me. He was pulled out of retirement to establish the Anton Mostert Chair of Intellectual Property Law at Stellenbosch University, the oldest existing chair of its kind in South Africa. He took on the mighty Walt Disney Company when he claimed, rightly, that the original version of the song ‘The Lion Sleeps Tonight’ from The Lion King was written by a South African. And he wrote the Handbook of South African Copyright Law, has contributed to and collaborated on four more books and has had more than 100 articles published in journals and magazines.

On hearing the news, he said: “It is gratifying and humbling to be acknowledged in this manner by one’s peers as they are, in effect, one’s competitors. Competitors have no vested interest in promoting a rival and they are best placed to evaluate one’s worth because they can talk from critical first-hand experience.”

Today you address this humble man as Professor Owen Dean. He is a professor in the Faculty of Law at Stellenbosch University and the first incumbent of the Anton Mostert Chair of Intellectual Property Law. As such, he co-ordinates the Master of Laws (IP Law) and Postgraduate

All this when he thought he was going to enjoy the rural bliss provided by the vineyards around Stellenbosch… Instead he took up the challenge offered by Dr Johann Rupert, the chancellor of Stellenbosch University, to establish one of the first chairs of intellectual property law at a university in South Africa. At a time when there are serious challenges to intellectual property in this country, it is comforting to think that Prof. Dean is looking out for our interests. 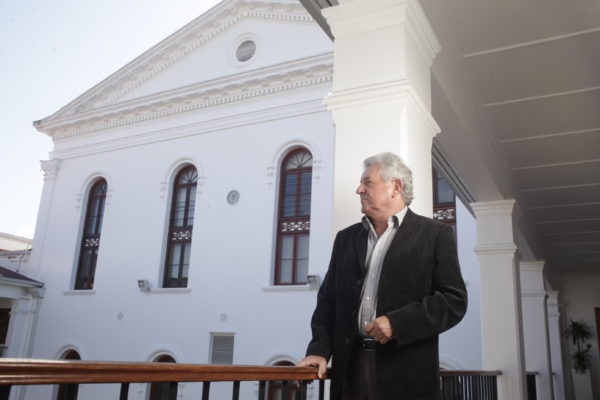 Sitting down in his office on the first floor of Die Ou Hoofgebou, I listen to his story of how he left comfortable retirement for academia. “I accepted the offer to be the first chair when Prof. Gerhard Lubbe (the dean of the Faculty of Law at Stellenbosch) made the suggestion, thinking it would be the cherry on the top of a long career.”

That long career spanned nearly 40 years, mostly with the law firm Spoor & Fisher, and it included a period as chairman of the firm before he left the legal world for a quieter life in Stellenbosch. It was there, in Kleine Zalze Estate, that he was approached by Frederick Mostert, the chief intellectual property officer of Dr Rupert’s company Richemont, with the idea. After meeting with Prof. Lubbe, he suggested that Stellenbosch should be the university in question. Dr Rupert offered to fund the chair for three years to the value of R1.5 million per year, after which the funding levels would be reconsidered in a three-year cycle.

The chair has been named after the late Judge Anton Mostert, one of the youngest judges to have been appointed to the Supreme Court at the time (1977). The following year Judge Mostert was assigned to lead a commission of inquiry into foreign exchange dealings and control, during the course of which he would eventually expose large-scale corruption in the Department of Information – an affair that later became known as the Information Scandal. After the commission of inquiry was disbanded and Judge Mostert thus lost his position as commissioner, he returned to the Bar in 1980 and continued to practise as an advocate until his death.

Asked what his vision is, Prof. Dean says he wants to put Stellenbosch University on the map where intellectual property is concerned. “The media and the world at large must regard this chair as the source of in- formation about intellectual property. If I can achieve this, I would consider my job done.”

He has identified three core functions for the Anton Mostert Chair in achieving this vision: research, promotion and protection of intellectual property. And it’s not doing too badly. “We have deliberately gone for a very high profile. We have made a point of being controversial to attract attention. Yes, we have made good progress in the five years we have been operating,” says Prof. Dean. He adds that his major accomplishment in those five years was the creation of the dedicated Master of Laws programme in intellectual property. “When I was appointed I decided that if you want to create a song and dance about something new, you first have to create a product to sell. So I started doing the groundwork for establishing the Masters programme.” 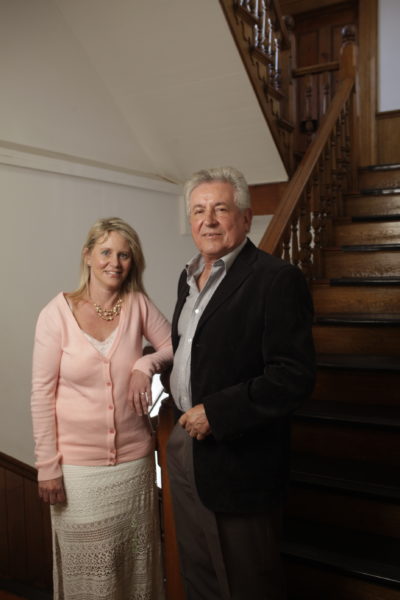 Creating that programme led Prof. Dean to the second achievement he is most proud of: the publishing of a textbook that he compiled and edited with Alison Dyer, a colleague from Spoor & Fisher. He describes Introduction to Intellectual Property Law as a most valuable book. “It has been very successful. It ties in with the Master’s course and guides you how to conduct it,” he says.

Today seven universities prescribe the book and, although there are competitive publications out there, Prof. Dean acknowledges that Dean & Dyer “seems to be swimming faster than the others”.

In today’s world, it is essential that businessmen and entrepreneurs understand the concepts of patents and intellectual property. To facilitate this requirement, Prof. Dean and his colleagues created the Postgraduate Diploma in Intellectual Property Law for non-lawyers. This course is slightly shorter than the Master’s course and is aimed at engineers, artists and other non-legal professionals. With an annual intake of 15 to 20 students, including for the post-graduate diploma course, intellectual property is one of the more popular modules at the Faculty of Law. It even attracts students from overseas, including Germany and Scandinavia.

Prof. Dean signed up for three years and has stayed for five. He has established the Anton Mostert Chair of Intellectual Property Law as the de facto source of information at a time when this important legal concept is challenged and guidance is sorely needed. At the end of this year he hands over the baton to his successor and is comfortable that the depth and quality of expertise available will continue to build on a solid foundation.

This distinguished man will finally retire to relax in the Winelands and spend quality time with his family: wife Dana, children Ian and Carin and grandchildren Sebastian, Alexander and Jessica. He has, however, identified a new challenge. He is going to write a novel. And he is going to travel.

A place of healing

Hundreds of Maties volunteer to fight against COVID-19