South Africa, Stellenbosch, May 2019; Kleine Zalze wine estate has kept South African wine at the forefront of one of the world’s biggest and most desired markets by doing what no other entrant to the multinational Sommelier Wine Awards (SWA) in the UK has done before. It was named Best New World Producer for the second consecutive year and third time after claiming the title in 2015 too.

The announcement is the latest achievement in what has been an award-winning first half of the year for Kleine Zalze.

Singled out from competitors in amongst others Australia, Chile, US and New Zealand, the Stellenbosch estate collected an impressive seven medals of which five were gold. The SWA annually attracts thousands of entries from around the world and from leading producers.

“We are humbled by this type of recognition at globally high-profile events,” says Kleine Zalze owner and managing director Kobus Basson. “It is a great honour and achievement to have wines on UK restaurant wine lists chosen by sommeliers exposed to them every day.

“We strive consistently to produce wines that pair well with food so the result at SWA is therefore extremely positive for us.

“We have invested heavily in our vineyards, infrastructure and people over the years and honed our knowledge and understanding to be able to achieve the best from our terroir. The awards are testimony to hard work our team has put in.” 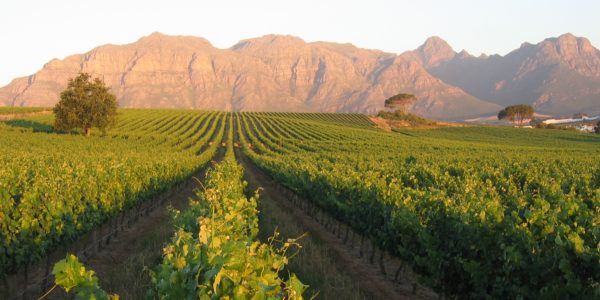 Underlining consistent excellence across red and white cultivars as well as all of Kleine Zalze’s ranges – from big to boutique – is a mass of major recent successes.

Since just the start of this year, these include:

The achievement at the SWA is an important re-affirmation of Kleine Zalze’s sustained level of quality; prowess across vintages and cultivars; and, international appeal.

Remarking on the South African winery’s “excellent record” at the SWA, the organisers’ report on the competition said the estate “regularly picked up large numbers of medals, often at great prices“. “They did the same again this year, with three of their seven medal-winners (and two of the five golds) under £10 [±R183].

“In putting in such a great performance, they became the first ever winery to win a Producer of the Year award two years on the trot.” 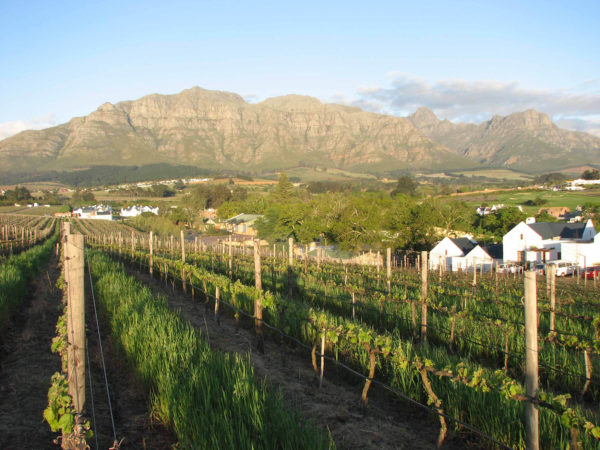 The estate’s gold medallists and respective judges’ notes were:

Team leader Laura Rhys MS signalled its great value, highlighting great complexity for the price. It was a sentiment shared on the panel. Claire Love of Loves Consultancy praised the balance between “spicy, creamy oak” and the “vibrant lemon and floral notes”. Subtle hints of crème brûlée and oak give texture, said Street XO’s Raphael Thierry, “but the ripe stone fruits finish fresh.”

“A beautiful expression of Stellenbosch,” said Ieva Markaityte of Portuguese Concepts, describing “Black fruit and blueberries, with some floral notes of lilies, and some good balance“. Team leader Tom Forrest spoke of “an earthiness, with soft tannins and cedar spice“, while Hakkasan’s Olivier Gasselin found it “big and concentrated, with a leafy, spicy aroma and a juicy palate, with tight, grippy tannins“.

“You need this on your wine list!” declared Roberto Sanchez of Sexy Fish. He described the wine as being intense on the nose, with hints of toasted brioche on the nose and “a beautiful texture that’s very rich and creamy, with acidity to support it“. Suave Wine’s Joseph Lunn, who spoke of “fresh minerality, and complexity with great balance” before describing “ripe lemons and limes, and a herbaceous rosemary-stem note, too“.

Carolina W Seibel of Moio Restaurant praised its “green freshness and complexity, good depth of fruit and longevity“, while Cavalry & Guards Club’s Andre Luis Martins picked up ripe peach with white spice, leading to ripe yellow plum on the palate. Harry Ballmann of Wiltons noted depth and balance, with hints of camomile in the wine.

In addition to bragging rights, Kleine Zalze’s gold medallists join the other winners in the Gold SWA book, which will carry the pedigree of South African wines to over 12,000 UK on-trade buyers as well as specialist independent wine merchants.

SWA is the only competition to be aimed solely at the on-trade. Judged by a panel of top leading sommeliers and on-trade drinks buyers, the competition rewards the best wines available to restaurants, bars and hotels in the UK and beyond. All the wines are tasted blind and by category with criteria including food-friendliness, versatility, typicity, personality – and, importantly, value for money at whatever the price.

Kleine Zalze has built an international following through the pursuit of a steadfast philosophy: loyalty to clients, a constant pursuit of quality and consistency, and a commitment to building strong relationships. The approach has helped the estate succeed in South Africa, Europe and the United States, as well as enter the Chinese market.

Kleine Zalze is one of the oldest farms in the Cape winelands and offers a variety of attractions, including award-winning wines; the critically acclaimed Terroir gourmet restaurant of Chef Michael Broughton; breath-taking hiking and cycling routes; the world-renowned De Zalze golf course; and, a luxurious four-star Cape Dutch-style lodge.