For the founder of Rolex, Hans Wilsdorf, the world was like a living laboratory. He began to use it as a testing ground for his watches from the 1930s, sending them to the most extreme locations, supporting explorers who ventured into the unknown. But the world has changed. As the 21st century unfolds, exploration for pure discovery has given way to exploration as a means to preserve the natural world. Rolex continues the legacy of its founder, supporting the explorers of today on their new mission: to make the planet perpetual. 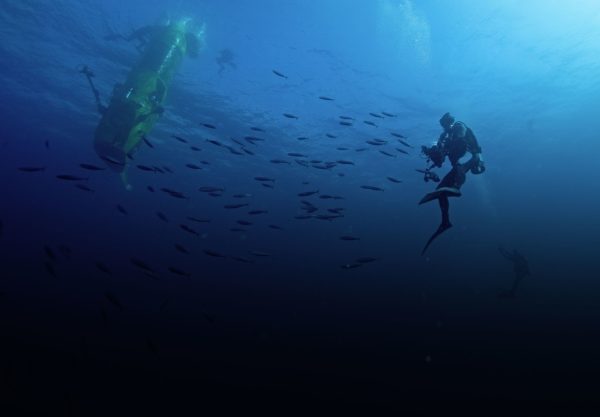 To this aim, Rolex is launching a campaign titled Perpetual Planet. For now, it embraces an enhanced partnership with the National Geographic Society to collect climate data and Sylvia Earle’s Mission Blue initiative to protect the oceans through a network of marine protected “Hope Spots”. It also embraces the Rolex Awards for Enterprise that recognize individuals with projects that advance knowledge and protect human well-being and the environment. On 26 March 2012, film-maker and explorer James Cameron made a record-breaking solo dive 10,908 metres (35,787 feet) below the surface of the Pacific Ocean in the Deepsea submersible vessel to reach the world’s deepest frontier. The inspirational Deepsea Challenge expedition paved the way for a new era in scientific exploration of the ocean floor, the least known area of the planet.

No human being had returned to such depths since 23 January 1960, the date of the first manned dive to the bottom of the Mariana Trench by the bathyscaphe Trieste. On both of these historic dives, Rolex was present.

In the deepest reaches of the ocean, at depths at which no light penetrates, the waters still hold many secrets. As the last trickle of light from the surface disappears into the abyss and deep blue fades to pitch black, the ocean becomes a realm less known to man than the surface of the moon.

The ocean constitutes more than 70 per cent of the planet’s surface, and 90 per cent of ocean life resides at between 0 to 50 metres beneath the waves, which is also the standard limit for recreational scuba divers. As one descends, in addition to the normal atmospheric pressure at the surface, the water exerts increasing hydrostatic pressure. Beyond the 50-metre mark, the dangers become ever greater, as does the skill required to navigate these depths. To withstand these extreme conditions and reach the deepest point on Earth requires a technical marvel specifically designed for research and exploration. 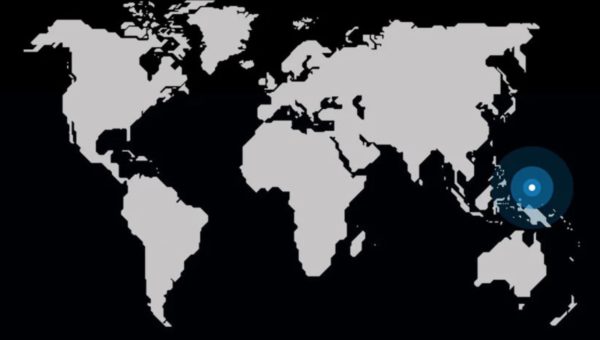 In the deepest marine trenches, the water pressure is more than 1,000 times greater than at sea level – over 7 tonnes per square inch – and sunlight has never penetrated these depths, making this the most unwelcoming environment on Earth.

The Mariana Trench in the Pacific Ocean is the deepest part of the world’s oceans. The deepest point in this trench, known as Challenger Deep, lies some 11,000 metres (nearly 7 miles) below the surface, and about 320 kilometres (about 200 miles) south-west of the nearest inhabited territory, the island of Guam. If Mount Everest, the world’s tallest peak, were set in the trench, there would still be approximately 2,000 metres (1.3 miles) of water above it. 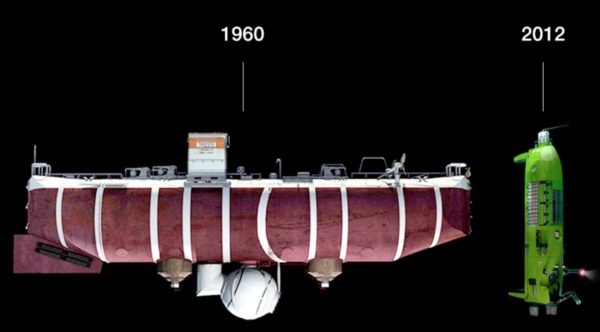 Challenger Deep was named after the 1858 British Royal Navy ship, HMS Challenger, the first vessel to sound the depths of the trench. Many years later, in January 1960, Swiss oceanographer Jacques Piccard and U.S. Navy Lieutenant Don Walsh manned the 150-tonne bathyscaphe Trieste for the first journey down to Challenger Deep. James Cameron’s DEEPSEA CHALLENGE expedition marked the first time in 52 years – and only the second time in history – that another human made the trip to the world’s deepest known point.

THE JOURNERY TO DISCOVERY

Cameron’s expedition paved the way for further scientific research of the great depths. Scientists estimate that 95 per cent of the oceans remain unexplored and yet hold hidden clues to life on Earth. “It was very lunar, a very desolate place,” Cameron said after the historic dive. “My feeling was one of complete isolation from all of humanity. I felt like, literally in the space of one day, I had gone to another planet and come back.”

The DEEPSEA CHALLENGE shed new light on the deep, providing high-resolution 3D images and collecting valuable samples for the scientific community that have led to the identification of at least 68 new species. They include shrimp-like creatures called amphipods, sea cucumbers, tens of thousands of microbes and stringy rock coatings known as microbial mats which contain organisms that can survive in the dark.

The expedition included a team of scientists aboard the support vessel who helped to collect and analyse the samples and imagery that Cameron collected on his dives. In August 2014, James Cameron released a feature documentary, DEEPSEA CHALLENGE 3D, tracing the expedition from its beginnings until the last of its 13 dives in the Pacific. The film serves as a reminder to us of how much of this planet remains to be discovered.

The DEEPSEA CHALLENGER submersible is 7.3 metres (24 feet) tall and shaped like a vertical torpedo. But, during the near seven-hour dive, Cameron could barely move from a near-foetal position in the 109-centimetre-wide (43 inches), pressure-resistant metal sphere that formed his life-sustaining cockpit. To cope with the extreme conditions in the deepest parts of the ocean, the DEEPSEA CHALLENGER incorporated innovative, cutting-edge features and materials that have helped advance the field of submersible design, including Isofloat® syntactic foam for the buoyant hull, pressure-resistant battery packs and a dedicated compact video system capable of capturing High-Definition 3D footage of the world’s deepest sea floor.

Unlike the Trieste, which spent only 20 minutes on the ocean floor and had no research or camera equipment, the DEEPSEA CHALLENGER was designed as a science platform and was able to remain at the bottom of the Mariana Trench for three hours to explore, take samples and capture the first-ever high-resolution images of the trench, an ability which remains unprecedented.

Like the Trieste before it, James Cameron’s submersible was carrying an experimental Rolex watch. In Cameron’s case, the specially made Rolex Deepsea Challenge watch was attached on the exterior of the submersible’s hydraulic manipulator arm, with an additional two on its hull. 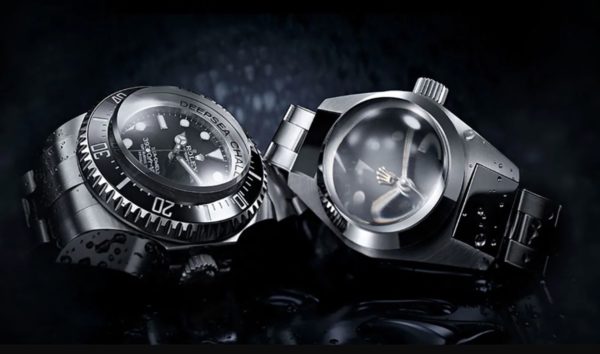 By scaling up the technology developed for the Rolex Deepsea divers’ watch, now waterproof to 3,900 metres (12,800 feet), Rolex engineers created an experimental model capable of withstanding the crushing pressure of about 12 tonnes on the crystal which occurs in this cold, dark and barren world some 11 kilometres (7 miles) below the surface of the Pacific Ocean. The watches kept time perfectly throughout nearly seven hours beneath the water and emerged unharmed: “The Rolex Deepsea Challenge was the reliable companion throughout the dive, it was visible on the sub’s manipulator arm and working precisely at more than 10,908 metres down at the bottom of Challenger Deep,” James Cameron said after his historic dive. “It’s a tremendous example of engineering know-how, and an ideal match for the DEEPSEA CHALLENGER submersible.” Also, on board, in homage to the Trieste, was the Rolex watch from the 1960 expedition – the Deep-Sea Special.

From Eikestad to the Arctic

Warm up this winter at Vadas Smokehouse and Bakery