Wine
2 months ago
by Stellenbosch Visio
0

This annual competition is committed to awarding the world’s best wines made from Cabernet Sauvignon, Cabernet Franc and other Cabernet-related grape varieties.

David Finlayson, owner-winemaker at David Finlayson Wines, says the award is a highlight in his career as winemaker, not only in terms of this international recognition for one of his premium wines, but also due to the profound role the Cabernet Sauvignon variety has played in his career.

“Growing up on a Stellenbosch wine farm where my father, Walter, was winemaker, I became aware of Cabernet Sauvignon from an early age,” says David. “Back in the 1970s and 1980s Cabernet was already recognised as being at the forefront of Stellenbosch’s wine pedigree, a variety and wine talked about with reverence by the older winemaking guard. I myself have worked with the variety since my days as a student at the Elsenburg Agricultural College. At David Finlayson Wines, Cabernet Sauvignon has always been the focal point, as I firmly believe the terroir of Stellenbosch offers one of the most singular and magnificent expressions of Cabernet anywhere in the world.” 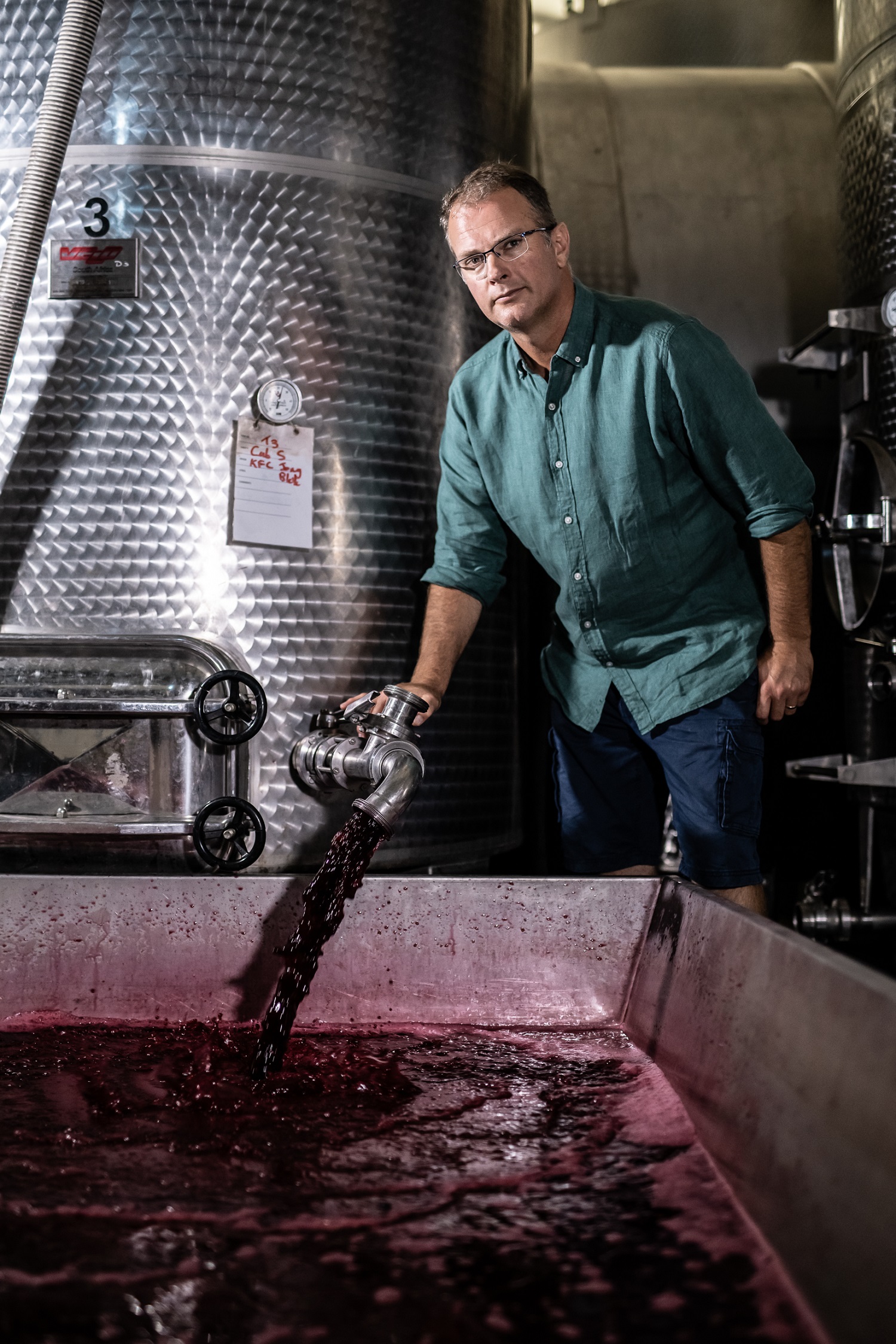 GS Cabernet Sauvignon, the flagship in Finlayson’s wine range, is made from a 2.5-hectare vineyard on his Edgebaston farm on the foothills of Stellenbosch’s famous Simonsberg mountain. The vineyard is planted on ancient soils of decomposed granite for which the region is world-famous, but with pronounced gravel and shale components and a deep clay-bed. A northeasterly slope and the 15km distance from the Atlantic Ocean at False Bay to the south ensures the vineyard’s exposure to constant air-flows from the southeast in summer and northwest in winter.

“The uniqueness of the fruit from this site is already seen in the size of the berries, the bunches being small and compact, giving me an average yield of only four tons per hectare,” says David. In making the GS Cabernet Sauvignon, it is a process of minimum intervention and keeping it simple. “Fermentation in stainless steel for three weeks, and into new oak 300-litre barrels for 18 months. Cabernet Sauvignon from exceptional, terroir-driven fruit allows for a simple, pure winemaking approach, which is extremely rewarding in the final product. Because you know what you are tasting is a wine made in the vineyard – the winemaker was just the carer that coaxed the fruit into the final product.”

The award-winning GS Cabernet Sauvignon 2019 also reflects an exceptional vintage for Stellenbosch. “The 2019 vintage saw low yields throughout the Cape as we were just coming out of a five-year drought, but fruit quality was excellent. Rain in February and March – during Cabernet’s crucial ripening phase – slowed down the ripening, adding to concentration of flavour and depth of colour. I knew special red wines were going to be made from 2019, but getting an international award for Best Cabernet Sauvignon in the World was not really on the horizon back then.”

David says the award is not only a great honour for the team at David Finlayson Wines, but also recognises Stellenbosch’s international reputation as a leading producer of Cabernet Sauvignon. “The region is proving itself an exceptional place to grow Cabernet, and it is a true privilege to be a part of this quest in attaining global recognition for Stellenbosch and, of course, for South Africa. This global reputation as a wine country will be established on classic, noble grape varieties known and recognised the world over, of which Cabernet Sauvignon is, arguably, at the very top of the list.”

Delheim's Mini-Jazz Festival in the heart of the winelands returns