Sixteen years ago Chanté Daniels ‘attended’ her first classical ballet classes in nappies – long before she could walk, let alone perform baby ballet steps. Her mother Ethne was then, as she is now, a full-time ballet teacher in Idas Valley and she often took Chanté along to class. 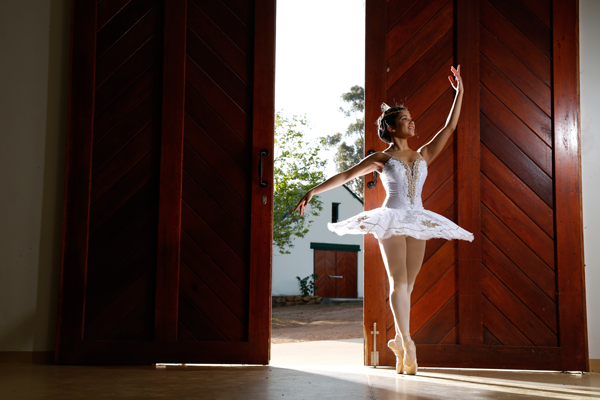 In Idas Valley, at the foot of the Helshoogte mountain pass, the dancing community has changed a lot since the late 1990s. In those days there were considerably fewer students than the 140 there are today. And now, not only did the baby of 2000 turn 17 in november 2016, but she is performing grand jetés in the direction of the international stage.

During this year’s winter holidays, Chanté attended her second summer school at the State University of New York’s prestigious school of arts, Purchase College. Her presence there was a sparkling thumbs-up for the ‘little hall’, as Ethne refers to the ballet studio on the premises of the trinity Methodist Church in Rustenburg Street. Her own first ballet class was in the very same hall, the only difference is that the floor has been replaced.

The hall was bequeathed to the community for the advancement of cultural activities by the ‘founder of the local Brownies, a Mrs Marnham, a farmer’s wife’. it’s not clear whether this generous local patron was from the same Marnham family, also farmers in the area, that objected to the construction of the first secondary school for the local children because, apparently, the farmer felt the building would obstruct the entrance to his property. If it is indeed the same Mrs Marnham, the tale of the ‘little hall’, which dates from november 1939, has an ironic twist.

At the end of next year, Chanté matriculates from Rhenish girls’ High School in Stellenbosch. She is still taught ballet by her mother, but over the past few years she has also been coached by various leading figures in the local and international dance world. one of these is Kevin Durwael, assistant director of the royal Ballet of Flanders in Antwerp, Belgium. He worked with Chanté in the corps for the performance of the ballet Paquita when she was at her first summer school at Purchase College, and she danced in his neo-classical ballet “Sensation”, which premiered at the same time. 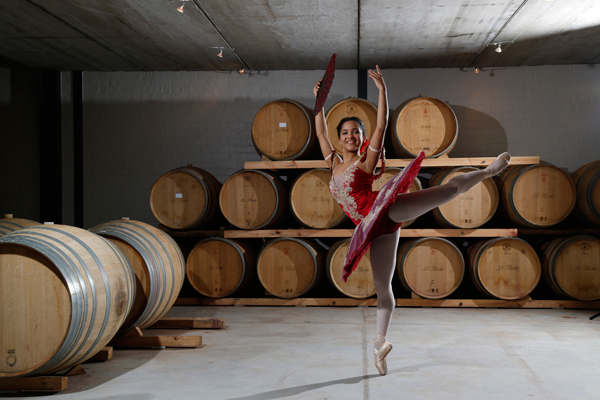 Success is never a sequinned cloak bestowed from heaven. For the petite, 1.4m Chanté, her own discipline and focus, as well as her genetic aptitude, have been of primary importance ever since she began ballet classes – and that was even before she started to attend school. Marcelle le riche, who has been involved with the dancing community of Idas Valley for more than 40 years, was the first teacher of both Ethne and her daughter. Supposedly retired now, Marcelle is no longer ‘en pointe’, but without a doubt she is still the fairy godmother of dancers and teachers in the village (and the wife of top South african winemaker Etienne Le Riche). She recalls how, even as a tiny tot, Chanté would meticulously study her posture and follow her moves in the mirror. if any- thing looked vaguely ‘not right’, she immediately asked to be corrected.

Chanté knew that ballet set her apart from most other kids. “It makes you different,” she says. “It gives you something special.” Special? “You gain confidence and purpose while working towards a goal.”

She auditioned for the first-ever Mignon Furman scholarship held in Cape Town, and won. When the late Mignon Furman, a doyenne of South African ballet, settled in America, she formed the internationally renowned American Academy of Ballet in 1994. Her husband and son continue her work in the States. Chanté’s prize took her to her first summer school at Purchase College in New York in 2013 and she was invited back for this year’s stint. 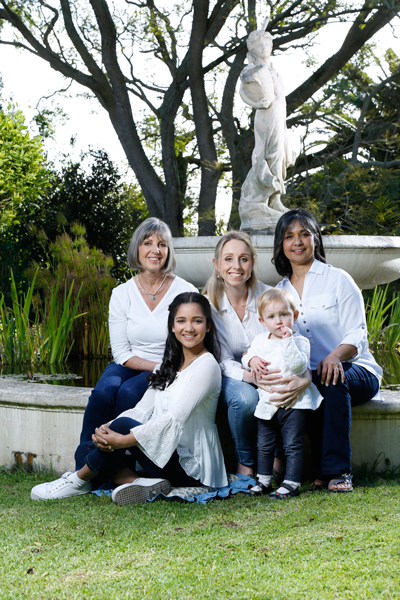 At Purchase College, Chanté was taught the finer points of jazz and Spanish dancing, as well as neo-classical and pas de deux. For her, this dance for two, with its very specific structure in classical ballet, symbolises the passion and magic of dance. For a pas de deux to come across as perfectly beautiful, “you need to understand your own body and be in control of it”, she says. “Then the man’s role as the supporter is so much easier.”

In the pas de trois classes at Purchase College Chanté had two “amazing boys” as her two male partners: Italian Michele Ciacci and German Justin Rimke, who had recently graduated from the Staatsballett Berlin’s school of dancing. For six days a week, she and the other students worked in the studio and on Sundays they were free to explore New York City.

Canada’s National Ballet School has also offered Chanté a scholarship. She is elated and honoured, but for now it has to go on the back burner because matric is only a few steps away.

Each week Chanté builds up her strength in conditioning classes in the ‘little hall’ and also does daily technique classes. And Mom is still her primary teacher. She talks frankly about her relationship with her mother/teacher. “There’s definitely a lot of tension at times, but we both try our best not to take personal situations and differences into the studio. I used to think she wasn’t paying enough attention to me [in class]. But it was a predicament for her. She didn’t want it to look like favouritism.” When tensions build up, Chanté’s dad, Phillip, slips into the role of the kind prince rescuing the young princess in distress. “After a bad day in class, my friends often go home and complain to their parents. Naturally I can’t. So my dad is often the one I would pack off on. But it’s also great sharing a passion with my mother so closely.’’ 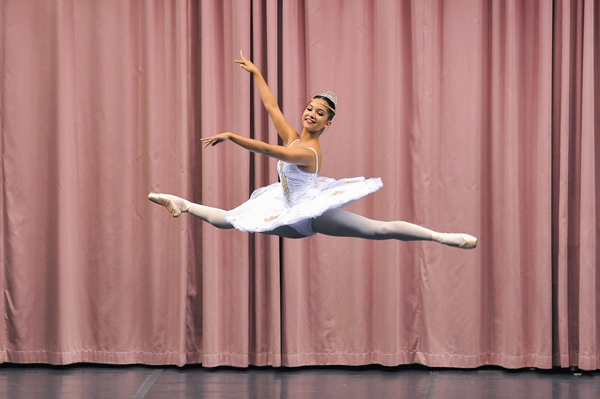 Chanté’s predecessors lived in a land where artists of colour struggled to make it to the top. Many gave up because the battle was too exhausting or they left the country. That’s all the more reason to celebrate a young star like Chanté, as well as mom Ethne who eggs her on and gran Charlotte, whose educational compass points firmly north.

Every generation of dancers chooses new role models. In the present day, dancers still admire prima ballerinas assolutas like Pavlova, Markova or Fonteyn, but new personalities are always dancing towards the spotlight. In the South African context, it makes sense that Chanté’s idol is 34-year-old Misty Copeland, the first African American woman to be promoted to principal in the 75-year history of the American Ballet Theatre. Misty overcame major hurdles to reach stardom, including prejudice against the colour of her skin. She inspires young dancers like Chanté when she says, “You can do anything you want – I have made it happen.”

You will not find Chanté Daniels’ name in the Wiki list of notable people from Stellenbosch – not yet. My guess is that balletomanes will be holding their breath for the many bravos that await the dancer from the ‘little hall’ in Idas Valley.