The market for classic cars has slowed down significantly over the past two years. There have nonetheless been some record-breaking auction sales in this luxury goods asset class of late, with experts predicting strong prices worldwide this year for head-turning heritage vehicles. With the prestigious 2018 Knysna Motor Show, sponsored for the second year by Sanlam Private Wealth, just around the corner, LEON STRÜMPHER casts the spotlight on classic cars as an alternative asset class. 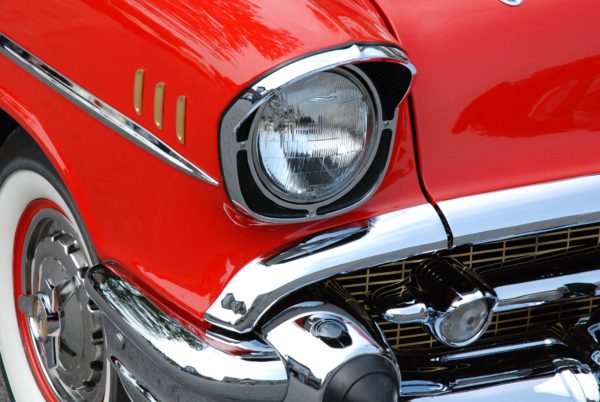 During 2016 and 2017, there was a distinct decline in growth in the classic car market. Still, with a return of 334%, the asset class has remained firmly at the top of the Knight Frank Luxury Investment Index over the past 10 years. Even though they didn’t perform as strongly overall as art or wine in 2017, classic cars produced some record-breaking auction results, with Bonhams dispatching a 1995 McLaren F1 for US$15.6 million, while a 1959 Ferrari 250GT California Spider LWB notched up US$18 million through RM Sotheby’s. The year’s top seller was a 1956 Aston Martin DBR1, raced by legendary driver Stirling Moss – it was auctioned by RM Sotheby’s for US$22.5 million.

The index of the overall performance of exceptional historic motorcars worldwide, as reported by the Historic Automobile Group International (HAGI) and represented in dollar returns, closed 2017 with a gain of +1.66% – the slowest annual index growth since 1999. Some market segments have seen price declines during the year, most notably Porsche, which was down -0.18%. The HAGI Ferrari Index gained +2.45%. The Mercedes-Benz Classic Index was the major exception, with a performance of +8.72% during 2017. However, while transaction volumes and price advances declined last year, there have been no signs of a deflating price bubble.

Although some have suggested the classic car market may fall significantly, Dietrich Hatlapa of HAGI isn’t expecting anything quite so dramatic in 2018. ‘It’s hard to make predictions, but what I can be fairly confident of is that strong prices will be paid for the best cars by knowledgeable collectors this year,’ he’s stated.

The results from the year’s first major classic car auctions in Scottsdale, Arizona, seem to bear this out. A 1958 Porsche 550A Spyder that finished fifth overall at Le Mans as a works entry, sold for US$5.1 million as the top result at the Bonhams Scottsdale 2018 sale. The top Ferrari result at the same auction was US$2.6 million for a 1972 Ferrari 365 GTS/4 Daytona Spider. 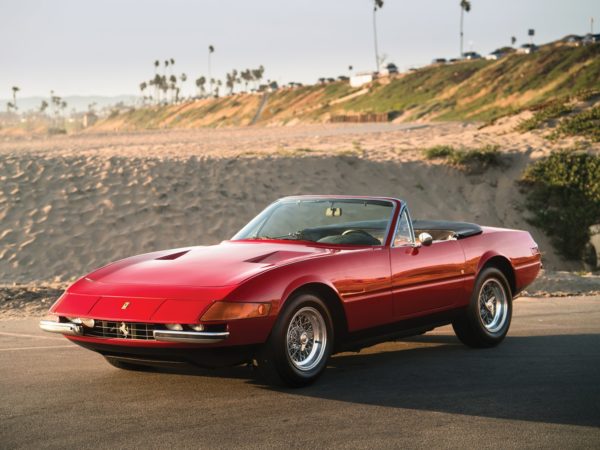 NOT FOR THE FAINT-HEARTED

It’s clear that investing in classic cars can still be an exciting and extremely rewarding venture, but it’s definitely not for the faint-hearted. These beautiful machines can take you on great ups and downs, as well as bring back memories of past eras. That said, it’s an asset class that can be analysed like any other, and it’s in the finest details where the rarity lies, and the real value emerges.

When approaching the classic car market as an investor, you need to do so as you would any listed asset on the JSE. Start with price, do your research, get a good database from which to reference, and take your time. And know that sometimes it does involve luck – most of the cars that’ll be great investments in years to come will be so in part due to unforeseen changes, for example, the introduction of electric cars and emissions taxes.

But whereas Warren Buffett advised investors to ‘never love a share’, classic cars are an alternative asset class that ignites the deepest of passions. Collectors love their cars and are interested in the very finest of details. They understand the journey of each of their vehicles – most of the investment cars being bought and sold around the world today have a story, some more intriguing than one might imagine. 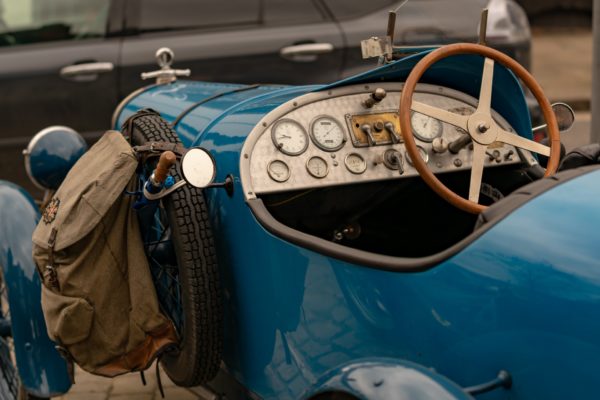 There are many reasons for buying a classic car – potential growth in value is only one of them. According to a survey by Knight Frank, the number one reason why people buy scarce luxury goods is simply the joy of ownership. The second is capital appreciation, the third the provision of a safe haven for capital investment, followed by investment portfolio diversification and lastly, status among peers.

I think it’s safe to say that scarcity remains one of the most important aspects of appreciating prices in classic cars. Every classic car that’s left to rust, or scrapped or shipped abroad, leaves a gap that can’t be replaced. I have enormous respect for the collectors keeping South Africa’s classic car heritage intact – perhaps if our import tariffs on vehicles are relaxed in future we too can start to enjoy the rich choice of classic cars Europeans and Americans are used to. Scarcity, combined with good looks, and original engine and components, original paint and upholstery, and low mileage, are a winning combination.

While we can’t elaborate here on which classic cars currently have the best investment potential, I must mention one ‘category’ often overlooked by collectors – Japanese sports cars.

Although Japanese vehicles are perhaps more attainable in South Africa than European or American classics, Japanese marques rarely come up in discussions about cars as an investment. Sports cars from the Land of the Rising Sun don’t quite send your ears ringing and your blood boiling when they’re at full throttle like some of their European and American peers of the ’60s and ’70s.

The Japanese are fairly new to the automotive game, given that the Europeans and Americans had an almost 60-year head start. By the time the Japanese came out with their everyday cars, their counterparts were already creating dream cars such as the Mercedes Benz 300SL, Jaguar E-Type and Chevrolet Corvette. In 1963 Japan launched its first sports car, the Honda S500, powered by only a small 500cc engine.

Through the ’60s and ’70s the Japanese launched several sports cars, such as the wellknown Nissan Skyline. One model of which I haven’t seen many, but that’s been quietly gaining global appeal and price appreciation, is the Datsun 240Z. This beautifully designed car started the Japanese sports car craze, offering lots of power and a pleasant interior for not too much money when it was launched in 1969. 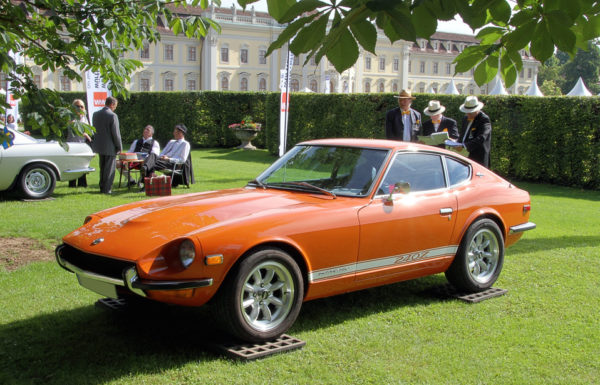 The 240Z was a game changer, paving the way for Toyota, Honda and Nissan into the US market in the ’70s. The Toyota 2000 GT with its distinctly shark-like design is to me in the same league as the E-Type Jaguar. Japan also produced the Toyota Corona Mark 2 Coupe, which I have no doubt was inspired by the iconic, all-American Ford Mustang. The Corona Mark 2 is so rare and unknown that you won’t find much information on it, let alone one for sale.

Japan has indeed made a very valuable contribution to the sports car industry and looking back over the past 50 years I can’t help but think that while many European and American sports cars are almost unattainable for most, one can get amazing value and innovation from these Japanese equivalents.

HEAD-TURNERS AT THE KNYSNA MOTOR SHOW

The 2018 Knysna Motor Show, sponsored by Sanlam Private Wealth, will be held on Sunday 29 April on the Knysna High School sports fields on Waterfront Drive. Organised by the Garden Route Motor Club, the event aims to attract more than 400 classic cars and motorcycles of all categories. Gates will be open from 09:30 to 16:00. Tickets at the gate.

For true enthusiasts who would like to broaden their knowledge of classic and investment cars, Sanlam Private Wealth will be hosting a Value in the Classic Car Market (VCCM) breakfast function on Monday 30 April 2018, by invitation only. At this event, guests will be able to see short but informative presentations on the topics to be covered at the VCCM annual conference later this year. If you’d like to attend the breakfast function, please contact me at leons@privatewealth.sanlam.co.za

Refine your riding skills with Biking In The Bosch