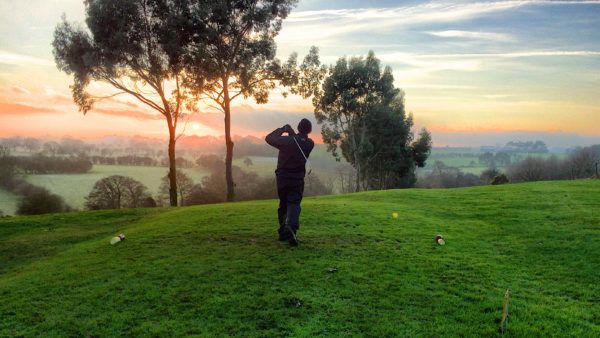 Golf course rankings are good for a magazine. They’re controversial and they get golfers talking and debating in their local ‘19th holes’ for hours on end. The beauty of rankings is that although the courses are analysed, judged and graded by a large panel of industry experts in a seemingly scientific process, the issue as a whole has to be inherently subjective because not one golf course looks or plays like another.

It is with this in mind that I present my own top 10, in no particular order, but chosen for personal and often emotional reasons: 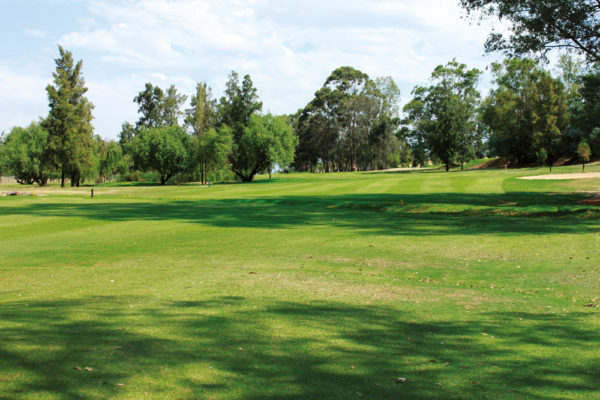 I guess this course is an obvious starting point and makes my top 10 list mainly because it is where I was first introduced to the game; not as a schoolboy, but as a University of Stellenbosch student. I grew up in the town and was far too busy with the traditional sports of cricket and rugby to give golf a second thought. And it was not as if my father played. Golf is very often a game where fathers introduce their children to the difficulties of chasing a small white ball around large tracts of land and to all the life lessons that come with doing so. For me, it was probably more the allure of student camaraderie that brought me to the game that has, in many ways, defined my post-university life and career. Although the Wellington course has only nine holes, it is still a good test for golfers of all levels and is friendly and hospitable to visitors. 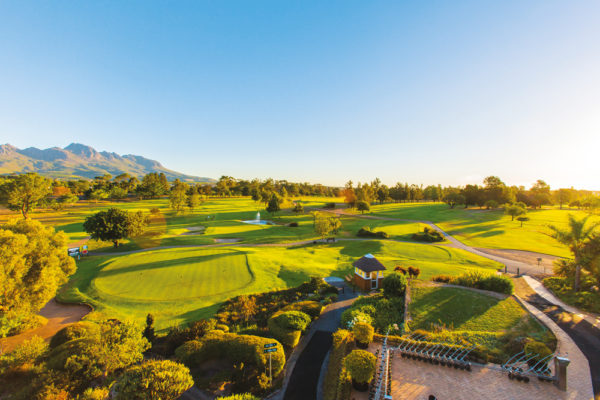 This is the club of which I am currently a member in the town where I am based with my wife and university-attending son. It is another course that I frequented years ago as a student and it is where my son and I can now spend quality time together away from the distractions of everyday life.

The course is steeped in championship history, having staged the South African Open, other professional events and numerous national and international amateur events. Its layout is traditional parkland that meanders among tall trees and borders a number of vineyards, with beautiful vistas of the surrounding town and majestic mountains thrown in for good measure. Although the course is unlikely to make the upper echelons of any serious ranking list, it provides a good test, always has excellent greens and is well known for its sociable and welcoming atmosphere.

(Montagu and The Links) 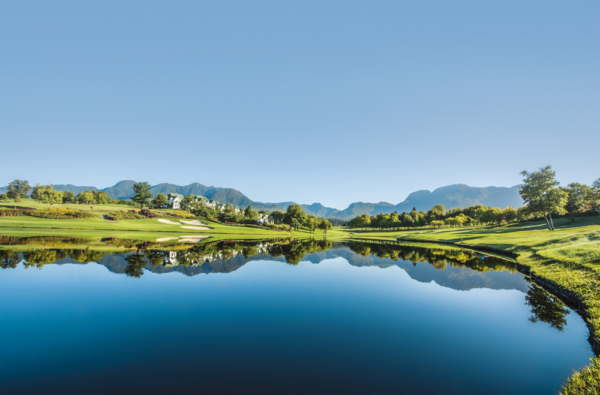 Two of Fancourt’s three magnificent courses make my top 10. I was privileged to be based at Fancourt for several years when the Ernie Els & Fancourt Foundation had its headquarters at the resort from 2006.

The championship Montagu course has a challenging layout designed by the great Gary Player and is ranked slightly higher than its equally pedigreed sibling, the Outeniqua course. It is always beautifully presented and features several testing holes that have seen the undoing of even the very best golfers in the world. It is, however, just as playable for the holiday golfers who frequent its magnificent fairways.

The Links at Fancourt is the jewel in the Garden Route’s golfing crown, reminiscent of the best links courses in Scotland and Ireland. Completely man-made, it was incredibly carved from what was once a landing strip by moving millions of tons of earth. Few golf fans will ever forget its 2003 hosting of the Presidents Cup and the legendary play-off battle between Ernie Els and Tiger Woods in fading light that saw the event ending in an unprecedented tie.

This is another personal favourite because of the many family holidays we have spent in the picturesque whale-watching town of Hermanus. The course, originally designed by the famed Bob Grimsdell, was expanded to a 27-hole facility in 2006, a move that relieved some of the congestion caused by the massive influx of holidaymakers at various times of the year. With the addition of the new nine, designed by Peter Matkovich, the entire course has been modernised and now offers multiple tee options for every level of golfer, making it the ideal course to play. 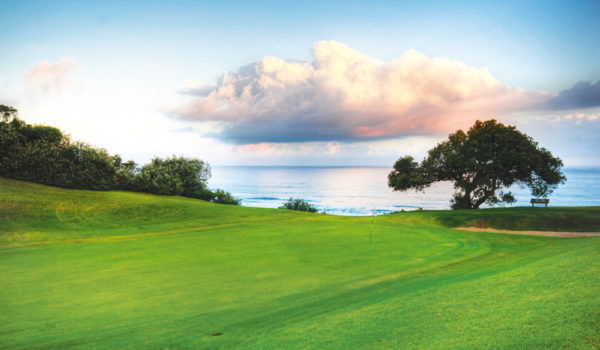 One of my all-time favourites, East London Golf Club is a traditional course set among dunes, hills and indigenous coastal bush. It is an incredible mix of links-type and parkland holes, a layout that you can never tire of playing. With its defences including fresh sea breezes, this is a great test. The European co-sanctioned Africa Open was played here for many years and, given that it is a relatively short course by modern standards, two of its par fives were changed to par fours, including the uphill 1st. That hole, into a stiff wind off the sea, became a brutal start to many a round in that tournament. 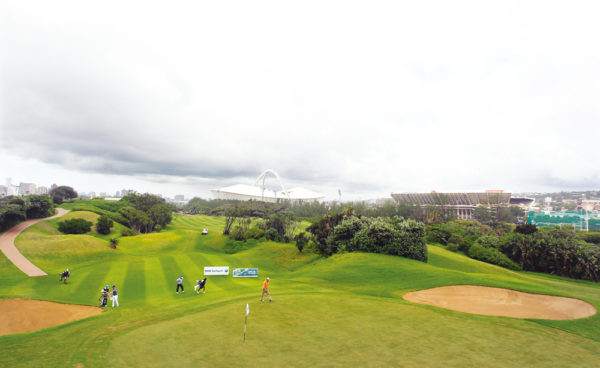 It’s sometimes difficult to describe this course without resorting to hyperbole – it is just that good. Another of our coastal courses that combines links-type holes with more traditional parkland holes, it has been ranked number one in South Africa and has often appeared in lists of the world’s top 100 courses. It also happens to be the course where I made my one and only appearance as a caddie in a professional event, stepping in to assist a fairly irate pro who had fired his bagman mid-round. I quickly learnt that a good caddie ‘keeps up and shuts up’!

It also happens to be the venue at which one of our Ernie Els & Fancourt Foundation members, Deon Germishuys, recently won the SA Amateur title, a proud moment indeed for the foundation. 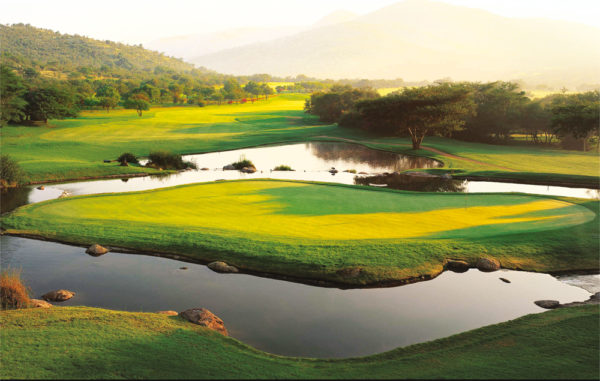 Another course that has regularly been ranked number one in South Africa, the Gary Player Country Club is a must-play for all golfers. As a golf journalist, I attended countless ‘Million Dollars’, as the Nedbank Golf Challenge used to be called. It is where I was able to interview world-famous players and get a real idea of just how skilled the game’s best are. The Gary Player-designed course, with its unique clover-shaped greens, has stood the test of time and is as much a challenge in today’s world of advanced equipment technology as it was when it first hosted a professional event on the then Sunshine Circuit in late 1979.

The long-time home of the SA Open Championship, Glendower is without doubt the best course in the Johannesburg area and there are plenty of great ones to choose from. Its classic, demanding parkland layout continues to test the best golfers in the world and continues to receive high praise from them. Long and, in places, narrow, it requires accuracy off the tee and precise approach shots to the greens. As difficult as it can be, it is also enjoyable for the average golfer; well worth a visit if you’re in town with your clubs. 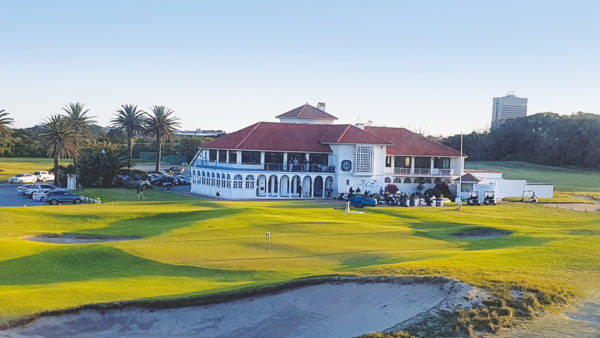 Rounding out my top 10 list is another of my favourites, possibly because of my deep affection for the genuine links courses of Scotland. Humewood is a classic links course. Bobby Locke once said that if for any reason the Open Championship could not be played in Britain, it should be played at Humewood. Built on genuine links land (the land between the sea and arable farmland), it has all the features of a Scottish links course, including the notorious gales coming off the sea that Port Elizabeth is so well known for. I could happily play this course over and over, despite the obvious punishment to which I would be subjecting myself. 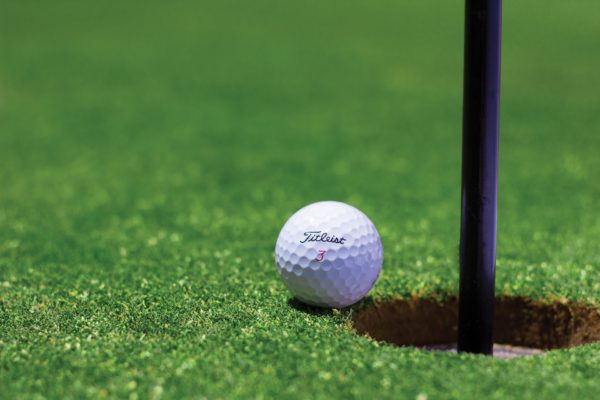 Well, there you have it – my top 10. Writing about golf, which really began when, as a trainee reporter at the Afrikaans daily Die Burger, I was given that assignment by sports editor Gerhard Kirsten, has defined my career and taken me around the world. With my then scant knowledge of all things golf, I was really thrown in at the deep end. But the people in the game were only too happy to help this young reporter and those people have become lifelong friends and colleagues.

Golf truly is a game of a lifetime. V

Farewell to a beloved visionary

Tee up in paradise: Mauritius proving hot spot for golfers

Ten things to do this spring