Talk of the town

Uthomi finds it’s home at Spier, the organisers of the Berg River Canoe Marathon have confirmed that good paddleable water can be assured and South African Chenin is on a roll. Eikestadnuus editor Danie Keet weighs in with the latest from in and around the Winelands.

As another cold front soaked the Cape winelands, organisers of the Berg River Canoe Marathon from 3 to 6 July have confirmed that good paddleable water can be assured and the clearing of alien vegetation is well advanced.

“After a number of years of a very low river and impassable sections this year promises to be very different,” says race chair Enslin van Riet.

While the weather forecast for the month ahead points to good soaking winter rains that the region has typically enjoyed in the build-up to the race, Van Riet has assured paddlers that there won’t be a repeat of the very low river conditions of 2017.

“The Department of Water Affairs has committed to two environmental water releases from the Berg River Dam, starting two days before the marathon,” said Van Riet. 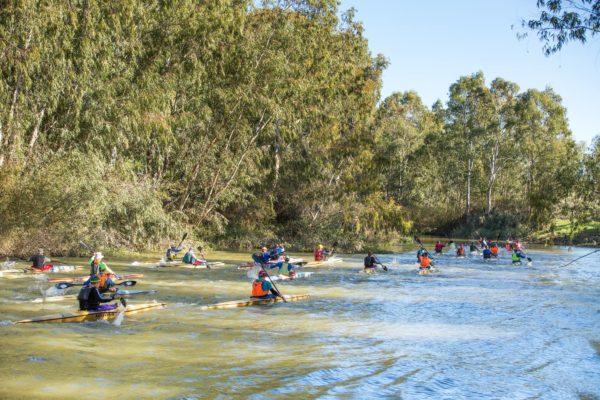 “Depending on the Berg River Dam level it will mean an additional ten to fifteen cumecs of water along the course of day one and two,” he said.

The Misverstand Dam at the start of the long third stage is another key storage dam that collects water from a number of tributaries to the Berg River, and Van Riet pointed out that this dam is currently in a very favourable state.

“Misverstand Dam is spilling at the moment, which means that a release from Misverstand will add water for the whole of the third stage,” said Van Riet.

South African Chenin Blanc is on a roll.  Back from a highly successful showcase at leading trade show ProWein in Germany, and soon to be a key focus of an international wine congress, the Cinderella grape is seeing sales powering ahead at home and abroad. The news comes as the Chenin Blanc Association, organiser of the annual Standard Bank Chenin Blanc Top 10 Challenge, is calling on new and established winemakers to enter this year’s competition.

Entries open July 8. Submissions will be assessed by a panel of seasoned critics, winemakers and sommeliers that this year includes French sommelier Fabien Laine, who is also an entrepreneur, photographer and cinematographer, and a multi-media content creator on wine, gastronomy and travel.

Ken Forrester, a founder and chairperson of the Chenin Blanc Association, said that ever since the 1990s, when South African winemakers set on transforming a pedestrian and unremarkable grape into a serious contender worthy of critical attention, Chenin had more than ably demonstrated its appeal to specialists and the wider, popular market.

“Last year, it was the only white varietal to show export growth, with year-on-year volumes up by 5%, a performance that forms part of a long-term pattern.  Exports have been growing virtually without interruption since the start of the century.  Between 2010 and 2018, volumes were up 19%. At home, the story is the same.  Last year alone, volumes grew 45%.” 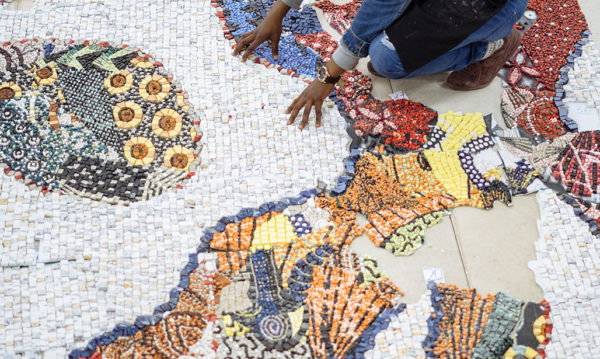 Uthomi, which is Chirrime’s first mosaic project, celebrates and showcases her talent for combining colour and abstract form, offering a vibrant playground for the imagination.

“We were keen to work with this talented, thoughtful artist not least because her practice – which is often bright, colourful and seemingly playful – is so appropriate for an installation that we hope will engage and intrigue children and adults alike,” says Mirna Wessels, the director of the Spier Arts Trust which commissioned the work.

The Maputo-born, Cape Town-based Chirrime’s works are held in a number of collections throughout South Africa, Spain, Portugal and Italy. These pieces, often taking the form of detailed fabric collages, reflect her sometimes tumultuous life’s journey. Having grown up on the coast, she often references water and other elements of nature in her work. Informed by a keen awareness of the negative impact humans can have on the environment, she hopes to inspire and evoke positive change through her art.