Venturing into new territories and revealing surprises: Cartier has designed a collection of limited-edition jewellery pieces based around a singular theme. This exercise in style launches with a creative exploration of the cosmos. It is not about a destination, or conquest, but a discovery of the tension between heaven and earth, the infinitely large in contrast with the infinitely small. The universe offers Cartier the total fantasy of its colour, movement, atomic phenomena, and its particles.

The experimental Les Galaxies de Cartier collection is a free expression of Cartier’s creativity. It defies the laws of jewellery by building on new materials and on unprecedented visual, tactile, and sound sensations. Each piece is an experience. Through design and craftsmanship, weightlessness and gravity, reality and fantasy, Cartier investigates the borders of what is possible through four worlds connected to space. 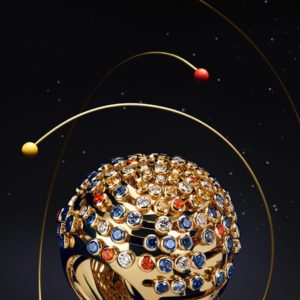 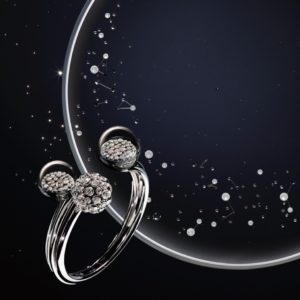 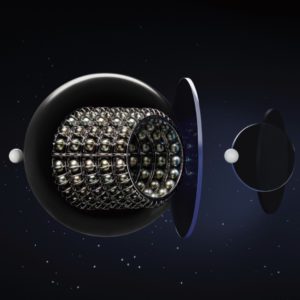 Charting an astrological phenomenon: the axes of planetary alignment uniting the Sun, the Moon, Mercury, Venus, Jupiter, and Saturn, together in the sky. Each is a universe in itself, just like their ever-changing colours, gleaming with nuances of bronze-green, peacock feather and fly wing. Cartier has sent pearls from Tahiti into orbit through the sculptural design of two white gold cage-bracelets. A jewellery rotation of spheres, the pearls roll, one upon another, allowing the feel of movement on your skin. 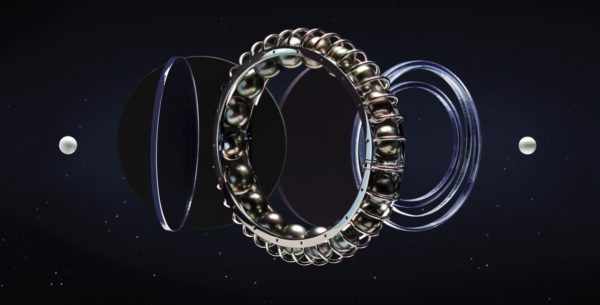 Calling upon vivid imagination and the idea that we are made from meteorites and asteroids: from stardust made of fragments of rocks, which have crystallised on a journey lasting several million years. Pink gold, diamonds, moonstone, and milky quartz form an irregular mesh of square cones which continually reflect one another. Polished, paved or cut, each one infinitely diffracts light. Everything turns around these jewellery comets, with their geometric, sensual design that experiments with shapes and materials. 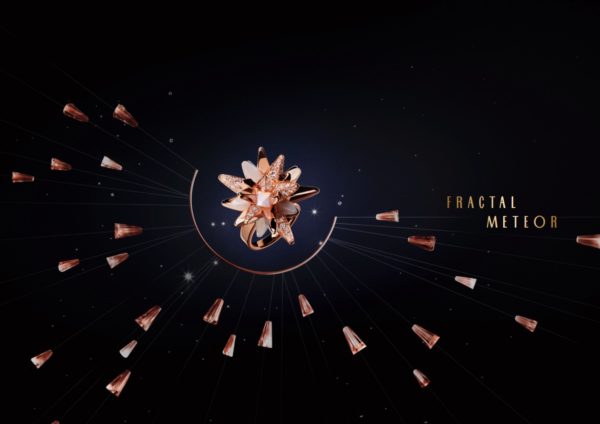 Seeing the Earth from space at night. A pulsating sphere with millions of branches of red, yellow, and blue points, like a great urban canvas. In movement, yellow sapphires, blue sapphires, fiery opals and diamonds obey the same undulating phenomenon. A sparkling flow of mobile stones are mounted upon a rail which radiates continuously. This explosion of jewellery adorns the surface sphere of a ring, bracelet and an enormous pendant. The stones, positioned as if falling, emit quivering light as they cascade, enhancing the piece’s vibratory essence. 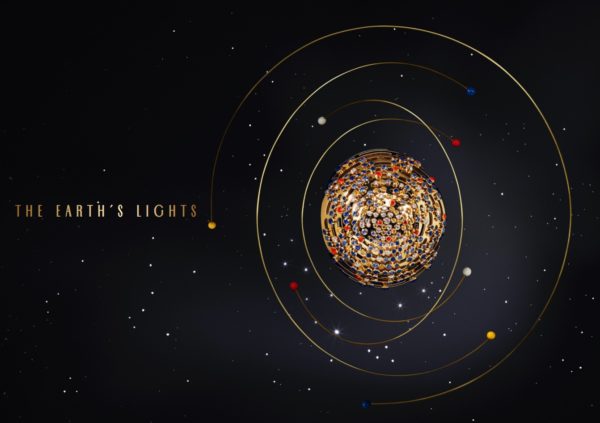 Representing the Milky Way with its solar systems and black holes gravitating within the great galactic disc. Diverted from their traditional role, the diamonds enter the creative sphere of the Cartier galaxies. Mobile, they are mounted using a serti vibrant (trembling setting), an original Cartier technique, which has been miniaturised for the occasion. Their star-like radiance is at once encapsulated and protected beneath a hollow, bubble effect dome of rock crystal. These jewellery capsules rest upon a base made of metaquartzite, used for the first time in Cartier jewellery. It is a metamorphic rock, crisscrossed with golden inclusions of pyrite, which add sparkle to the piece’s shine. 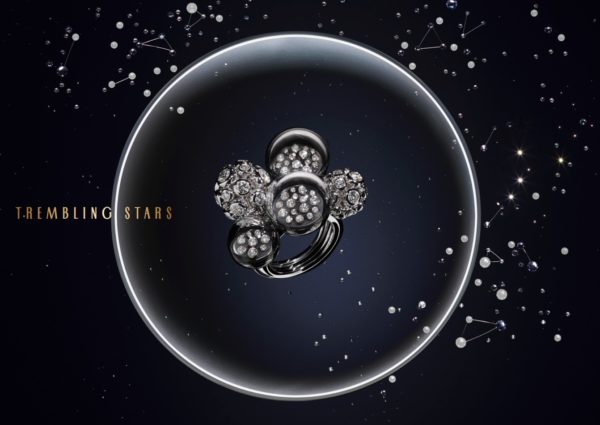