As Stellenbosch University commemorates its centenary in 2018, its rector and vice-chancellor, WIM DE VILLIERS, takes the opportunity to reflect upon present challenges and achievements and look forward to a promising future.

As Stellenbosch University (SU) commemorates it cente­nary this year, it and other institutions of higher education in South Africa are facing difficult times. The recent announcement that free tertiary education will be provided for qualifying students hangs in the air, raising the hopes of thousands of matriculants who are hungry for change.

No stranger to such uncertainty is Professor Wim de Villiers, the rector and vice-chancellor of SU, who started his tenure on the brink of the #FeesMustFall protests and navigated the institution through complex and demanding challenges, including the thorny issue of its change in language policy. “Transformation does not undermine excellence,” he maintains. “There is a power in diversity and it is increasingly apparent at SU. Over the past three years there has been tangible evidence that the university is growing in stature and excellence – and not only locally, but globally.” 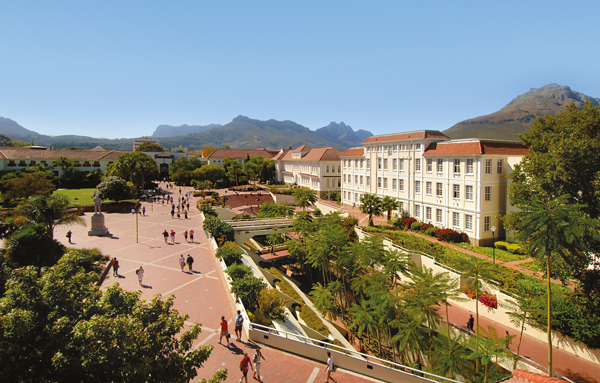 So not only did the diversity of the student body increase, but the module pass rate, maintained at above 85%, was among the highest in the country. The number of opinion editorials and feature articles produced by SU staff and students is also at a record high, confirming that the university is a hub of thought leadership.

“These achievements are in line with our aim to broaden access [without diminishing our] success,” says Wim. “As an established and research-intensive university and a frontrunner in research, SU has maintained the highest research output per capita of all universities in the country for several years.” 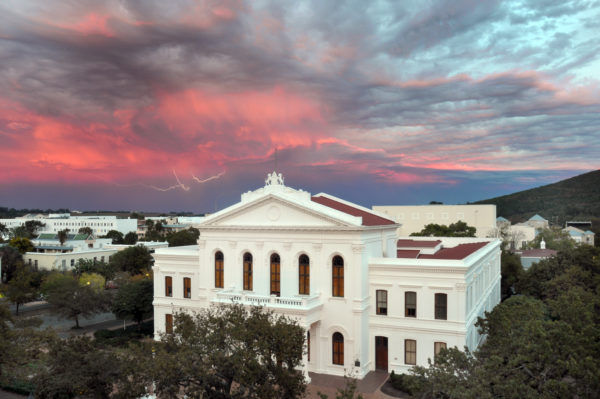 Nor is the university’s success attained only in the lecture hall and laboratory. Recently its third satellite went into orbit around the Earth, Maties athletes shone at the World Para Athletics Championships and the Stellenbosch University Choir retained its number one spot on the global stage, to name but a few proud moments.

Dealing with real-world challenges that South Africans face every day is no less an achievement and in this respect SU continues to make a difference. In the drought-stricken Western Cape, smart water meters developed in its Faculty of Engineering are being rolled out to schools, not only helping them to save water, but also spreading the conservation message far and wide. Informal townships are prone to devastating fires, especially in the region’s dry and windy summers, and the Fire Engineering Research Unit and the Research Alliance for Disaster and Risk Reduction have installed nearly 2 000 fire alarms in low-income houses and backyard dwellings over the past two years. 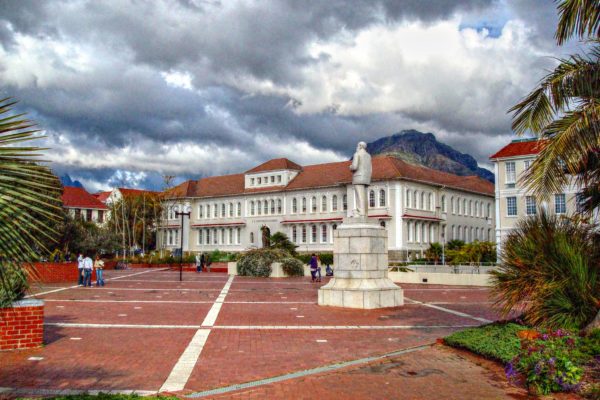 The higher education sector as a whole continues to struggle with the challenge of student finances. SU administered R725 million in bursaries during the past financial year (including NSFAS) and, with about 40% of its students falling into the so-called ‘missing middle’ category, a further 23% would not have had access to university at all without the support of a bursary.

It’s not only about bursaries, though. Launched in the final quarter of 2017, the #SU99 campaign successfully raised more than R1 million to help alleviate student debt. Donors included staff, students, alumni, corporates, trusts and foundations, and their collec­tive willingness to invest bodes well for a bright future for SU. “We want to thank all contributors and friends from the bottom of our hearts for their generosity,” says Wim. “As we move into the future, we know that the financial sustainability of institutions will remain a challenge. Our appeal is for continued contributions to make it possible for us to turn out a large number of sought-after graduates, with all their newly acquired knowledge, and thus to make a positive impact on society.”

As a proud Matie who served as a student leader, Wim is excited to be leading the university at this crucial time in its history. “Education is the ultimate form of empowerment. Let this inspire us as we go forward to create a community of social justice and equal opportunities for all,” he proclaims.

Stellenbosch University Museum (52 Ryneveld St; open Mondays to Saturdays 9am–4.30pm) is celebrating the university’s centenary in style with a number of special events. 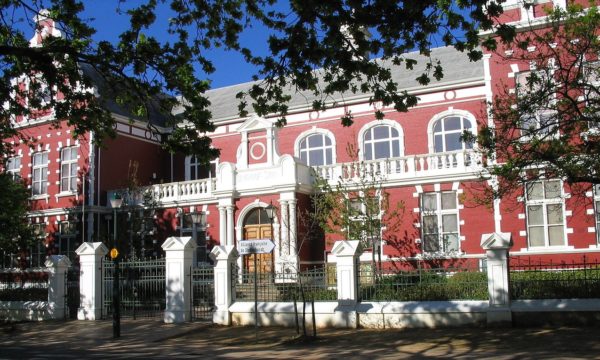 “Transformation does not undermine excellence. There is a power in diversity and it is increasingly apparent at SU.”